Germany made secret deal to resettle half a million migrants from Turkey, says Hungarian Prime Minister

Germany made secret deal to resettle half a million migrants from Turkey, says Hungarian Prime Minister 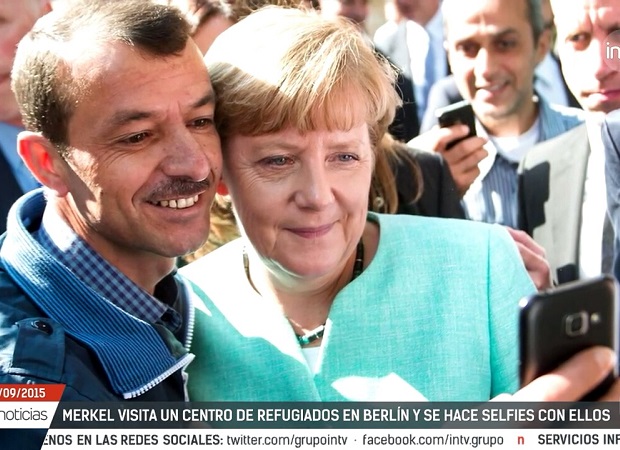 Hungarian Prime Minister Viktor Orban claims that Germany has struck a secret deal with Turkey to resettle 500,000 additional refugees in Europe. The revelations came just days after the EU and Turkey reached an agreement to curb the inflow of migrants. According to Prime Minister Orban, the ‘secret pact’, which is not part of the deal reached over the weekend, would be announced by Germany in the coming days.

European leaders denied any secret deal with Ankara. However, an European Commission officials, quoted by Bloomberg, confirmed EU’s intentions to bring in migrants to Europe in a “managed, open, and voluntarily process.” London-based newspaper The Independent reports:

Germany has struck a secret pact with Turkey for the European Union to take in as many as half a million Syrians currently living in Turkish refugee camps, Hungarian Prime Minister Viktor Orban has claimed.

While EU officials were vociferously denying the suggestions of a secret deal with Ankara, they did not dispute that efforts are being made to manage the resettlement of Syrians in Europe more efficiently.

Speaking in Budapest, Mr Orban said an EU agreement on the transfer of refugees from Turkey would be announced in Berlin on 3 December or the day after. “A nasty surprise lies in wait for Europe,” he said.

Mr Orban claimed that the deal was endorsed just before the EU-Turkey summit in Brussels on 29 November, when German Chancellor Angela Merkel hosted a mini-summit with seven other EU leaders prepared to resettle refugees from Turkish camps next year.

According to International Organization for Migration (IOM), over 700,000 migrants have entred Europe through Greece in 2015 alone, most of them crossing over from the Turkish shores. Germany is expecting to take in as many as 1.5 million migrants this year alone.

In August 2015, German Chancellor Merkel single-handedly created a migrant crisis of biblical proportions after ordering the suspension of Dublin Protocol that was set in place since 1990 to monitor asylum-seekers entering Europe.

Since then, Merkel is pushing other EU member states to follow her ‘open arms’ migrant policy. Merkel is firmly backed by European Commission in her stance, which is threatening member states with sanctions if they fail accept large migrant quotas dictated by Brussels.

Apart from murmuring voices of dissent within her own party Christian Democratic Union (CDU) and open revolt by the Bavaria-based sister party CSU, Merkel enjoys firm support for her migrant policy from the Social Democratic coalition partner (SPD) and all the other mainstream parties in the German parliament.

Despite recent gains made by the anti-immigration party AfD in German opinion polls, Merkel still controls the legislative strength in the parliament to push her migrant adgenda.

We can only imagine how much illegal oil from isis was also pledged to Germany. Merkle is turning out to be a very good KBG agent after all.

Speaking of KGB agents, Orban is a good buddy of Putin’s.

Merkel agreed tto Islamucize Germany without even getting the Hagia Sophia in return.