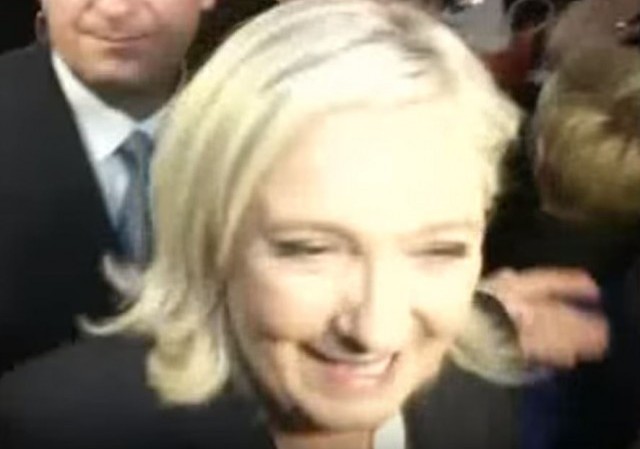 The popular rebellion against Europe’s migration policy has reached the European heartland, with a day that saw one of the worst defeats for the France’s traditional Socialist Party and a historic win for the far-right Front National.

The anti-migration and anti-EU party Front National (FN), with Marine Le Pen at the helm, secured 28 percent of the votes and took lead in 6 out of 13 regions that went to polls. The is a huge gain for the far-right party compared to only 11 percent it got in the last regional elections in 2010. Front National has never held the leadership of a French region before in party’s more than 40 years of existence.

In French regional election being held from December 6-13, 2015, 13 Regional Presidencies within mainland France and 5 Presidencies overseas (out of total 27) are up for grabs. The regions in France hold limited powers, as the country in centrally governed from Paris since the Napoleonic times, but the provincial governments get to manage big regional budgets.

If Front National manages to capture a Regional Presidency for the first time, it will have an opportunity to prove itself as an electable party at the national level.

The two established national parties former French President Sarkozy’s conservative Les Républicains and current President François Hollande’s Socialists got 27 percent and 23.5 percent of the votes respectively. The second round of elections would be held on Sunday as no single party managed to win an outright majority in the first round. London-based newspaper The Guardian reports:

The far-right Front National has made a significant breakthrough in the wake of the Paris terrorist attacks, winning the opening round of regional elections and coming top in half of France’s regions.

The spectacular showing is the highest ever performance for the anti-immigration, anti-European party and, if it maintains the strong lead in in next week’s second round, it could reshape France’s political landscape.

[Front National], which pushed a hardline stance on Islam, security and national identity, was the only political party to make solid gains in the wake of the Paris attacks three weeks ago in which gunmen and suicide bombers killed 130 at bars, a concert hall and the national stadium.

President Hollande’s approval rating soared after he talked tough on Islamist terrorism in the aftermath of the last month’s deadly Paris attacks. Liberal British newspaper The Guardian described his recent shift in leadership style as transformation of a “marshmallow” into the “chief of war.” However, Hollande’s personal popularity failed to translate into electoral success for his party.

National Front Marine Le Pen on the other hand has been consistent in her opposition to Islamist terrorism and EU’s open arms migration policy.

“The Islamic State group keep their promises,” Marine Le Pen told her supporters last month. “They vowed to attack, and there were attacks in France. They said there’d be killers among migrants and indeed there were. Politicians here need to open their eyes. There is a link between massive immigration, failure to integrate, and radical Islamism.”

Rattled by the stunning defeat, the ruling Socialist Party has announced its decision to withdraw from 3 regions in the second round of elections where the Front National made major gains on Sunday, hoping to block the far-right party.

Former French President Sarkozy however does not want to antagonise his conservative base by aligning with the Socialists and has categorically refused to join an “anti-FN alliance.” The results are also a big blow to his ambitions to run again for French Presidency in 2017.

Last year, Front National won 24 percent of votes in European Union elections. Various polls have been projecting far-right party’s leader Marine Le Pen as the most preferred candidate in the first round of 2017 French presidential elections.

Regardless of the outcome of these regional elections, the popular mood in France has finally turned against the liberal establishment in Paris and Brussels. The gains for the far-right in France come just weeks after the historic victory for the conservatives in Poland, Germany’s Chancellor Angela Merkel is running out of allies to enforce her open door migrant policy on Europe.

“The Islamic State group keep their promises,” Marine Le Pen told her supporters last month. “They vowed to attack, and there were attacks in France. They said there’d be killers among migrants and indeed there were. Politicians here need to open their eyes. There is a link between massive immigration, failure to integrate, and radical Islamism.”

Yeeeepers. Smart lady. Maybe the French will pull back their nation from the brink, because that’s where they’re standing right now.

One thing she has going for her is that from day one, she’s been straight and candid about her goals and purposes. None of the other French, or European, politicians have done so – they’re too busy balancing this half-truth with that one and speaking in code to avoid damaging the (fantasy) consensus of a good EU leader.

It has taken the rude awakening by a facet of the real world that the EU religiously refuses to recognize, to penetrate to the voters that the fantasy won’t last.

The term “far right” is unfair in describing the protection of borders, and belief in basic nation state concepts. But then much of the ill-conceived Eurozone experiment has been founded in surrender of national sovereignty.

The concept that a social structure built over centuries would resist an invasion by radicals from a non-western culture is completely CENTRAL to their survival. The bureaucrats that want central control may despise the proletariat, but they may soon find their own neck back on the guillotine if they don’t quickly recognize the violent culture clash they have embraced.

People throw out the “far right” term, I wonder if it is appropriate? My understanding is that FN had a strong anti-Jew element to its policies. Over the years it has morphed to a strong anti-Muslim party for the obvious reasons.

Other than that, is FN “far right”? (Inquiring minds want to know…).

Other than dealing with massive Muslim immigration, a lot of the EU countries have another big problem. Their populations are declining. In a big way. Here’s one link amongst many.
http://globaleconomicanalysis.blogspot.com/2015/12/population-deflation-spain-joins.html

yeah, I know little of European political parties, except they are generally further to the left than US. But the things drawing votes to FN now would seem to be their fight for national identity, resistance to open borders.

And the why of the birth rate problems for the west, and even Russia, is another issue. I attribute it to the statist control, that people no longer value family so much. If we all belong to the state, and must fund everyone’s problem children, why not avoid kids and just party on after work, dude? Kids are essentially confiscated by the state anyway, via public school and Hollywood, while parents remain legally liable even through college.

“And the why of the birth rate problems for the west, and even Russia, is another issue. I attribute it to the statist control, that people no longer value family so much.”

That, or, the productive pay such a crushing burden in taxes to support the lazy that they can’t afford to have a family. They have a state-assigned one: the children of the non-assimilating, just like we all have state-assigned families here in the form of ghetto baby-mommas.

My brother is a retired glaciologist, college professor. So he has contacts all over the place including a number in Europe. When the opportunity arises I’ve pressed the issue throughout the past year. Early on they were largely dismissive of what I’d present from sources such as the Gatestone Institute as hyperbole of the right. For the last several months they’ve largely been silent.
Early on in his presidency you couldn’t shut Obama up. Now increasingly there is blessed silence. God, not Allah’s will be done.

“Immigration without assimilation is invasion” bears repeating until it sinks in.

Seems the ruling elites wherever you are, are more like each other than the people they supposedly represent. And they will do anything to stay in power.

You have to wonder if we will see more “unconventional” and “unorthodox” (i.e. None established) politicians elected in the upcoming months and in well into 2016. If Le Pen gets votes where it is a credible party and we have already seen Guatemala elect an actor/producer for its president, will the U.S. Elect a uncouth businessman from New York?

Maybe there are many Countries that are willing to try ” Non-Pro’s,” as Politicians to give a try to running a Country for the average Citizen. We need to get people who act for the ” Common,” man. These Lawyers who want a career in Politics, need to move on and let concerned people create things. We don’t need Career Politicians. We need ” Term Limits,” everywhere.