Two new keyboards show that emojis can be politically correct, too 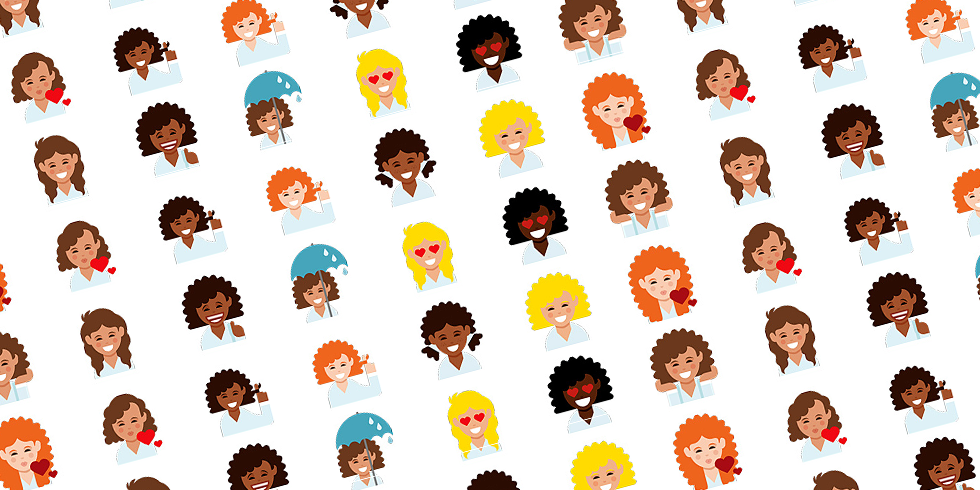 Over the past few weeks, Americans have had provided to them two new and diverse sets of emojis to reflect, more precisely, their exact physical characteristics: Latino emojis and curly-haired emojis.

Zubi Advertising released the Latino-culture emoji keyboard and Unilever’s Dove crafted the “curly-haired” emojis, both available to download for free.

If I was feeling generous, I would say this is quite the triumph of the free market: companies, sensing a consumer need, responded to than need and, voila, a gap was filled in the emoji market.

It seems that this may be less of a “demand” issue than a desire to be a “first-mover” in the race to find the next empty overture to appease the gods of condemnation and political correctness.

“When 73% of people in this country claim to use emojis every day, they’re very quickly becoming the new currency of communications,” Mr. Candelino said. “But even though one in three women in the U.S. have naturally curly hair, they can’t find emojis on keyboards that look like themselves. “We just thought that was wrong,” he said.

I may be wrong, but this pursuit of an emoji that exactly represents your physical looks may miss the point. I always thought of emojis, if I did at all, as a sort of culturally transcendent way to express the universal emotions we all express to one another. I wasn’t considered if it was a man sticking his tongue out and not a woman. Or that my skin isn’t smiley-face-lemon-yellow, as most emojis are.

On the other hand, I kind of want to release my own conservative emoji keyboard: perhaps an “emperor has no clothes” emoji, a “Constitution” emoji, “clinging to my Bible and guns” emoji, a series of Supreme Court justice emojis, even a “Donald Trump” emoji. Any other ideas?

I want an emoji that expresses my white privilege!

…when I’ve been using that ubiquitous smiley-emoticon all these years, did people assume that I actually am bright yellow, bald, and have no eyebrows?

This isn’t so bad. I remember when Barbies were a toy every little girl had, and they were all the same. I thought there might be a market for other colors, and wondered if the toy sellers had missed something.

Odd thing about Afro-centric dolls, they disappeared for a couple decades when segregation ended. Seems the Black owned stores that sold them went under and the chain stores didn’t carry them.

This next year is going to require lots and LOTS of beer, me thinks.