Christmas Eve in the Ardennes 1944

Christmas Eve in the Ardennes 1944

The Battle of the Bulge 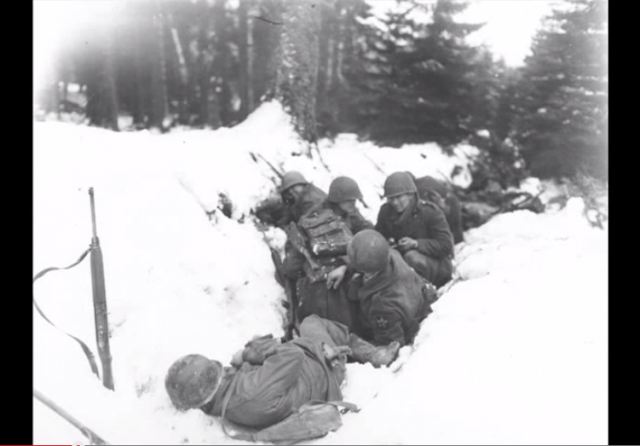 It’s a story that needs to be told, particularly to generations for whom Christmas Eve has meant only safety and security. Head over to the link for video and photos, as well as stories of the men who fought.

It quickly received hundreds of shares and “likes,” and dozens of comments from people whose fathers or grandfathers fought in the Battle of the Bulge, including from Cherokee Genealogist Twila Barnes (whose research was critical to debunking Elizabeth Warren’s claim to be Cherokee): 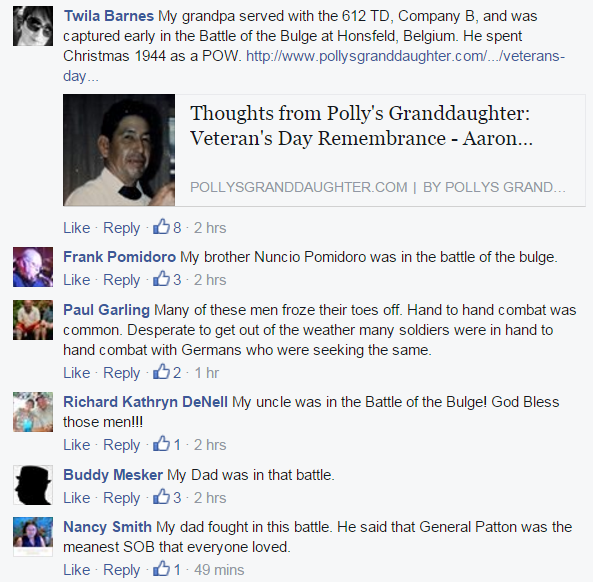 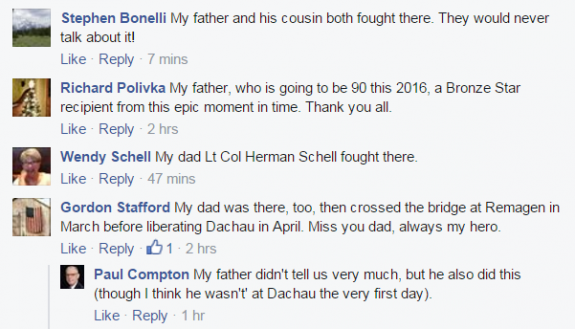 A Facebook commenter also called my attention to a U.S. Army website with original photos, including this one: 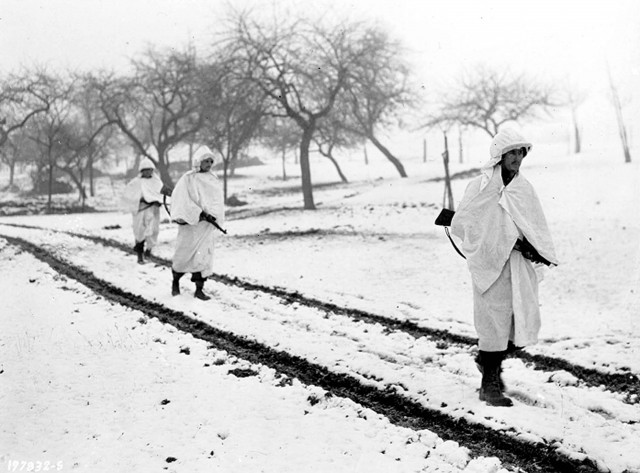 (added) Another Facebook commenter sent a link to a story about the restoration of Cobra King, the first tank to break through at Bastogne: 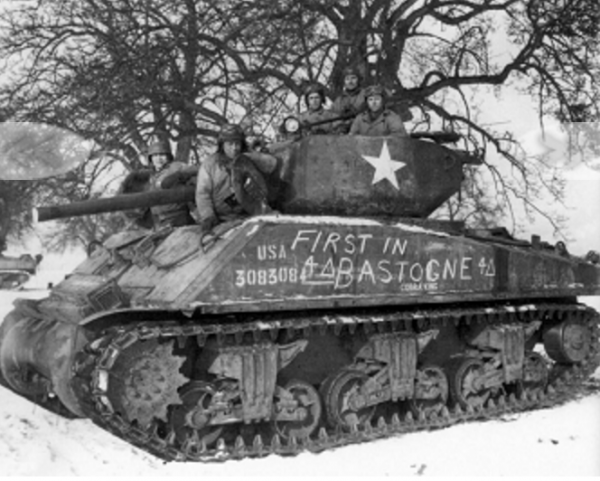 My Uncle Art served in Europe, I remember the pictures of captured ME-262 Swallows from the Luftwaffe.

Meanwhile my Father-in-law was a POW in a Japanese forced labor camp on the day in 1944.

My father, John W. Edwards, a sergeant in the 82nd (the understrength unit right at the center of the initial attack), had his warnings of a German build up ignored, and his unit overrun. He was captured early in the morning of the 3rd day, after which he was marched off to a POW camp in Germany, where he lost half his body weight.

Merry Christmas and God Bless all the veterans.

You have heard it said that we defeated Germany by outproducing them. The Nazis said we fought a ‘rich mans war’. BUT – at the battle of the Bulge – Americans fought the best of Germany with finest new weapons the Nazis could produce. The American GI’s went toe to toe, mano o mano with the Wermacht and beat them crap of them! Cold, hungry and short on supplies the Americans never quit. And, that is the real story of the Bulge.

What a stark contrast to the self-centered college CHILDREN of today who provide demands rather than the service and sacrifice of these MEN on the front lines. My father-in-law served in the Pacific in WWII and the experiences stayed with him till he died in old age. History as taught today does not do justice to that generation.

Uncle Rea fought in The Battle of the Bulge. He fought in Korea and was posted to vietnam in 1963. I guess he was one of those “advisers” and was not going to be issued a firearm, so when we saw him off at the airport in San Francisco (I was ten years old), my Dad gave him his pistol (and presumably some ammo).

He was accidentally sprayed with Agent Orange in Vietnam and died of leukemia in the 80s.