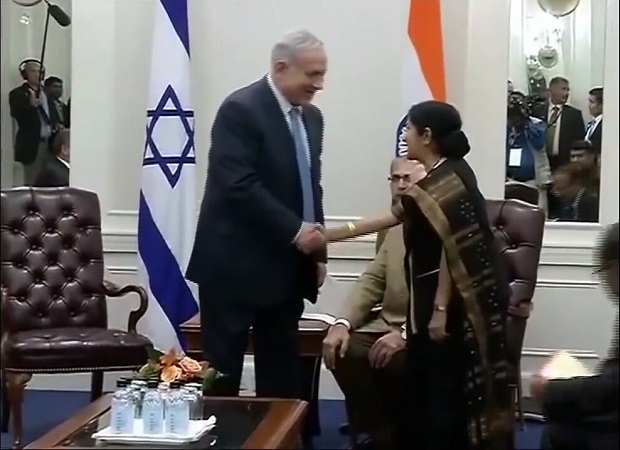 India’s Foreign Minister Shushma Swaraj is expected to visit Israel in the second half of January.

Indian news channel NDTV reported that the much awaited trip would take place around January 16-19, three months after the historic visit by first ever Indian head of state to Israel, when President Pranab Mukherjee visited to the Jewish State in October 2015. Jerusalem Post reported that some logistical issues need to be worked out before Israel can officially announce the visit, quoting government sources in Jerusalem.

The announcement came on the heels of the successfully trial of a missile defense system jointly developed India and Israel. On Wednesday, Long Range Surface to Air Missile ‘Barak 8’ was test fired in Indian Ocean aboard the Indian naval destroyer INS Kolkata.

Foreign Minister Swaraj, a former Supreme Court lawyer, has a long-standing ties to the Jewish State. She considers Israeli stateswomen Golda Meir as her role model. She served as the chairwoman of the Indo-Israeli Parliamentary Friendship Group from 2006-09.

Indian Foreign Minister Suhma Swaraj is expected to make a long-delayed visit to Israel in January, diplomatic officials in Jerusalem confirmed on Thursday.

The visit, which the Indian television network NDT V said would take place from January 16-19, would follow by just three months the first-ever visit to Israel by an Indian head of state, President Pranab Mukherjee, and signify a further flowering in relations between the countries.

Unlike her European counterparts, Foreign Minister Swaraj ‘gets it’ when it comes to Israel and the wider Middle East. She acknowledges that lot of anti-Israel sentiment in the Middle East and within the Liberal-Left circles in India stems from anti-Americanism triggered by Israel’s steadfast alliance with the United States. In 2008, Swaraj said, “The Left parties [in India] are basically anti-US and therefore all those countries which are seen as allies of Washington are disliked by them.”

Swaraj, a gifted orator, doesn’t mince her words, especially when it comes to the position of women in India. In 2006, when a senior army General told media that there was no place for women in Indian Army, Swaraj retorted back saying, “the Indian army could do without him.”

The bilateral trade between India and Israel grew from $3.3 billion in 2007 to $4.5 billion in 2014. India’s growing ties with Israel under the reign of PM Modi has irked pro-Palestinian activists. In October 2015, Indian President Mukherjee’s visit to Al Quds University in Ramallah was marred by angry protests — with hundreds of Arab protestors occupying the campus.

Israel and India see pretty much eye to eye on Islamic terrorism. Pretty sure that they share info on Pakistani nukes, too.

Both Navies will begin installing the Barak 8 missile defense system. A joint development. Nice to know that SOMEONE has Israel’s back.
http://www.jpost.com/Israel-News/Israel-Indian-missile-system-Barak-8-carries-out-successful-trial-in-Indian-Ocean-438821