Will Colorado vote out Obamacare…. in favor of Single Payer?

Will Colorado vote out Obamacare…. in favor of Single Payer?

May happen if ballot measure passes. 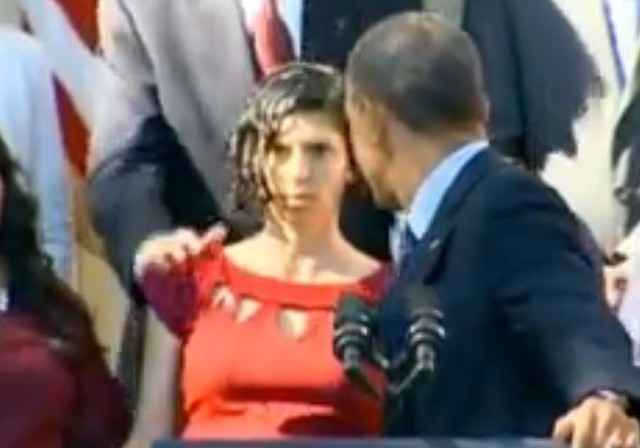 Citizens of the Centennial State are poised to make a historic vote that could impact the next 100 years:

Colorado voters could be asked to weigh in on a far-reaching, first-in-the-nation plan to scrap ObamaCare and replace it with a single-payer-style health care system.

A single-payer system is one where a single agency administers health care fees and costs, while medical care itself is handled by the private sector. Vermont leaders backed off a similar plan a year ago, but activists in Colorado are pushing their own version in the form of a November 2016 ballot question.

Supporters appear poised to get that question on the ballot. According to The Denver Post, supporters turned in more than 156,000 signatures for the measure, well over the 98,492 needed. As a last step, the signatures will still need to be verified.

The program would be called “ColoradoCare” and would cost billions to run.

The program, called ColoradoCare, comes with a steep price tag: $25 billion, which would be raised with a 10 percent payroll tax increase. At the same time, the plan would provide all residents with Medicare-style health care coverage and allow the state to dump Obamacare.

Whether Colorado voters would agree to take on that kind of tax hike is another question — two years ago, they rejected a comparatively paltry $1 billion tax increase for education — but there is no doubt that the “no-more-Obamacare” argument resonates with certain segments of the population.

With Obamacare Coops dropping like flies, and taxpayers unhappy with “responsibility payments” to the IRS for not having health insurance, it is no wonder Americans are mulling over non-Obamacare options.

In fact, the stench from the decay of Obamacare is such that the White House is launching a sign-up competition:

As open enrollment season on HealthCare.gov begins, President Obama is introducing a contest meant to motivate Americans to sign up for health insurance coverage through federal and state exchanges.

“I want to see how many of your neighbors you can get signed up,” the president said in a video released Saturday. “I’ll come visit the city that enrolls the highest percentage of folks who aren’t covered right now. That’s a promise.”

I assert that Obama would get more takers if he promised not to visit a city.

Weren’t there suppose to be “Obamacare Navigators”, who would help Americans obtain the insurance they need, so that the program would be a raging succes and people would be clammoring to sign up? What happened to those employees?

They are now enjoying FUNemployment.

Get Covered Illinois said Friday that it will dole out about $5 million in federal grants to 10 community groups to hire the counselors, known in federal language as navigators. A year ago the organization spent about $25.8 million on the navigator program.

The cutback in the enrollment specialists concerns health care advocates because consumers have struggled to pick a health plan among a dizzying array of choices with many subtle differences. Navigators also help people find out whether they qualify for tax subsidies to help lower the cost of coverage.

It has long been suspected that Obamacare was designed to collapse so that a single payer healthcare system would actully be appealing to Americans. Its failure has been of Titanic proportions, indeed.

It will be fascinating to see of Colorado’s voters choose to stay on the course to a single-payer system, in which the people are the budget and quality is secondary to supporting the bureaucracy.

I hope it passes. Let’s see how it works, without subjecting the entire country to it. In the meantime, repeal the partial-birth-abortion that is Obamacare.

Single-payor for any service immediately creates a monopoly, and something that is automatically “too big to fail.”

What we need is a proliferation of smaller, nimbler entities that compete with one another.

I live in Colorado, so I hope they don’t pass it. I’ve heard that the tax is 10% on everything – cap gains, dividends, wages, etc. Haven’t read it yet, but the total tax is estimated to be around $25 Billion – over what period of time I don’t know. It’s enough to make me consider moving out of state.

If it passes, it’ll make a whole bunch of people consider moving into your state. Homeless, deadbeats, chronically unemployed, illegal aliens (even more, that is), people with expensive-to-treat medical conditions. Colorado will become a mecca for medical tourism, and taxpayers there will be stuck paying the bill.

And a lot of people move away. Not only a native, but should be able to get pioneer plates pretty quickly (grandfather homesteaded in CO roughly a century ago). But won’t stick around to pay the taxes to support this nonsense, esp since I am now on Medicare.

We live in Stapleton, a fairly affluent area in Denver. Should this pass, there will be fewer affluent people moving here, and thus I look at a home appreciating at about 5 percent annually to start losing equity starting December 2016 should this pass. I just told my wife, we need to start looking at putting the house on the market now and finding a place in Florida.

“I’ll come visit the city that enrolls the highest percentage of folks who aren’t covered right now. That’s a promise.”

As long as they contract with Comcast to manage it, there should be no problems.

Well, in their defense, did get my vacation mode problem solved just in time for our return to CO. Problem resulted from Comcast failing to put us on vacation mode, then turning our service off (that was supposed to already be off) for failure to pay for the services that were supposed to be suspended on vacation mode. Not really worse, for me, than Direct TV, but disheartening to discover they are in Tucson, as contrasted with Cox, which we had in PHX, and was pretty good.

So that’s about $5000 per person. My health care is about $1500 a month with co-pays and $700 deductible. And drug and other things. So how are they going to REDUCE the money spent by more than 2/3rds? You think doctors are going to reduce their take home pay by 2/3rds? Nurses are going to work for less than minimum wage? Health care aides already are min. wage. You going to cut their hours by 2/3rds and not replace them? No, you are going to stop paying for people that are old, you are going to get 48 hour waits for “emergency” care and 24 month waits for “urgent” surgery hoping you die in the meantime. IOW, the exact same conditions you have in other “single payer” countries.

To find out what a surgery actually costs you need look no farther than this hospital in OKC.
http://surgerycenterok.com/pricing/

How do they do it? You pay cash up front. You are not paying for every illegal alien (yes, I said it) that presents at an ER with no money but is treated anyway at the expense of all those who do have insurance.

Actually, the best way to discover the acceptable billing level for surgeries is to examine actual Medicare surgery payments made versus billed – you will find that payments almost never exceed 15%.

This, of course, means that retirees get very cheap care.

1) I live in Colorado and have for all but about 10 years of my life. My extended family is here.

2) I have a 100% disabled daughter living with us who requires a certain level of medical care to live. And as my wife and I get older, we need more care for the problems of aging.

3) Since Obamacare, we have lost about 1/3 of the doctors in my part of the state, and many of those remaining are on the point of retiring themselves. My daughter already has to go to Denver to get the specialists she needs.

4) My wife and I’s family practicioner, and both of my daughter’s specialists [who were hard to find and both are excellent], have announced that if this goes through, they will close their practices and move out of state. And in fact her endocrinologist has told her to start looking for another doctor just in case.

5) Raising my state income tax from 5% of my pension income to 15% is insupportable.

6) If this goes through, we will move out of state, probably to Texas.

Well, Texas has no income tax, so you would be 5% ahead already.

Texas also has no mountains, but does have a lot of Texans. Came back to the CO yesterday for the winter, driving up I-25 from Albuquerque. Scenery changes right at the border, which is somewhat common for CO, despite the shape of the state. This is my least favorite route, yet it was far nicer than all of the other states we drove through since leaving MT. Snow capped Sangre de Cristos on the west for awhile, Pikes Peak too close to see its top as we drove through C Springs, and a line of purple mountains to the west, almost like a cutout, as we hit the Denver area at dusk. Much prefer though the US 285 route up from Sante Fe, which traverses three major drainages (Rio Grande, Arkansas, and Platte) and innumerable mountains higher than the highest one in Texas.

Yeah, we have no state income tax but our property taxes will absolutely eat you alive. It’s best everybody just stay where they are.

“The alarming thing [as opposed to his lulling oration] is that President Obama, the former chair of the Senate’s European Committee, seems genuinely to believe that the United States can usefully learn from the European political and social model. The platform on which he was elected, and the policies he is now implementing, are not a series of solitary initiatives lashed randomly together. They amount to a sustained project of Europeanization: state health care, government day care, universal college education, carbon taxes, support of supra-nationalism, bigger government, a softer world policy.” -Daniel Hannan, British MEP, in “The New Road to Serfdom: A Letter of Warning to America.”

Riddle me this Batman: If Colorado can replace soon-to-be-single-payer O-Care with single-payer CO-Care, what prevents the 26 states that took the not-so-Affordable Care Act to the halls of the SCOTUS from implementing multiple-payer state-sponsored plans to replace our current monstrosity?

Sounds like Colorado is going the nullification route…. Well, if Obama can do it, why not Colorado?

As for the specifics, sooooo, illegal alien day laborers pay no tax, and American employers are given an even greater incentive to hire illegal aliens.

Okay…… just so we know what is going to contribute to this idea circling the bowl.

As one poster noted, a lot of disabled people will move to Colorado…..

Socialism is great, until you run out of other people’s money, and until the Fed expands the money supply so greatly to cover it all, you have high or hyper inflation.

“I’ll come visit the city that enrolls the highest percentage of folks who aren’t covered right now. That’s a promise.”

Nope – the proper terminology is “threat” ~