Obamacare Premiums Are Going Up… Everywhere

Obamacare Premiums Are Going Up… Everywhere 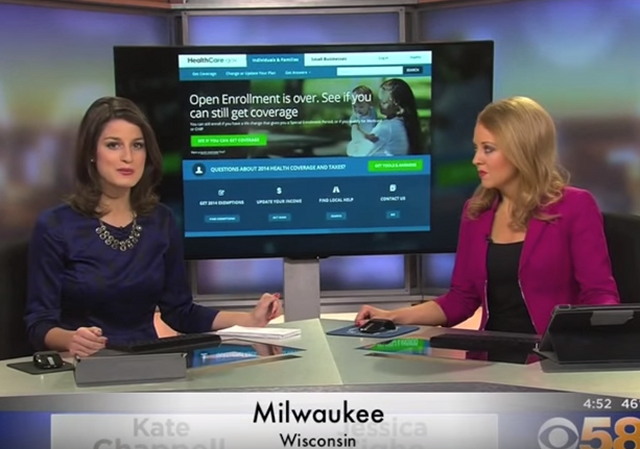 Remember when Obama and all of his allies in politics and media told us that the Affordable Care Act would save money for working families and the country? It turns out that promise was as good as the one about keeping your doctor.

The truth is that the cost of Obamacare is going up pretty much everywhere.

Despite enjoying a victory in the Supreme Court this summer, the Affordable Care Act, President Barack Obama’s signature domestic law, has suffered through a year of bad news.

While the administration has touted that nearly 12 million people have gained access to health care insurance, premiums for most Americans are expected to increase in 2016. Insurance companies are seeking rate increases between 20 and 40 percent.

To keep premiums down, some Americans will be forced to switch plans and, therefore, may be forced to switch doctors as well. In some cases plans are “hollowed out” with limited choices in doctors and hospitals. Many experts complain the health care law is to blame for America’s new “under-insured problem.” In 2013, President Obama was awarded Politifact’s Lie of the Year for his infamous promise: “If you like your health care plan, you can keep it.”

“Rate increases will be bigger in 2016 than they have been for years and years and will have a profound effect on consumers here. Some may start wondering if insurance is affordable or if it’s worth the money,” Jesse Ellis O’Brien of the Oregon State Public Interest Research Group said.

Bassali provides this stunning video of local news reports from around the country:

To make matters worse, half of the co-ops which were set up to provide health plans under Obamacare have folded.

Fate of ObamaCare co-ops uncertain after half collapse

The fate of a network of alternative “co-op” health plans started under ObamaCare remains uncertain going into 2016, after half of them collapsed amid deep financial problems.

The co-ops are government-backed, nonprofit health insurers propped up with over $2 billion in taxpayer loans. Twelve of the 23 co-ops established under the Affordable Care Act, though, have gone or are expected to go under by the end of the year, leaving customers who used them scrambling for coverage and taxpayer money at risk.

But, as lawmakers on Capitol Hill demand answers on what’s being done, the Obama administration is offering few predictions on the program’s future other than to say no more money will go toward new co-ops. As to whether that future will crystallize next year, a top federal health official said: “It’s impossible to say right now.”

The good news is that Republicans might not have to repeal Obamacare, after all.

It could collapse under its own weight.

A feature, not a bug. Then the push for Single-Payer starts, from the same asshats and control freaks that pushed this debacle

What no one is talking about in the number that X number people have gained insurance. There was no verification last year of whether you had insurance or not …. so let’s see, pay the penalty or say that I have insurance (which won’t be verified). I think the answer is pretty clear.

Democrats cannot understand why Insurance Companies dont want to sell ObamaCare policies. “But, we will cover your losses!”

Democrats don’t understand that companies are not in business to break even.

Direct pay health care w/o insurance overhead. Only pay major medical premium. Bring your receipts. NO digital record of your health care. Carry the file with you. Leave government out of the loop. Forever.

I think you’re onto something. The central-planning experience might get more folks to opt for managing their own coverage and expenditures. Of course, the GOP will need to legislate freedom of choice for consumers and providers. There’s a lot of room for innovation if folks are free to go there.

For example, how do you take care of the “pre-existing” condition issue? Looking at life insurance, there are policies your parents can purchase that allow for guaranteed future purchasing. Maybe there could be a similar medical coverage that follows you from an early age. Of course, that is the future, so gov’t will still need to step in for now. However, there can be all kinds of improvements if moonbat socialists simply got out of the way.

As the reverend Wright might say “chickens coming home to roost”.