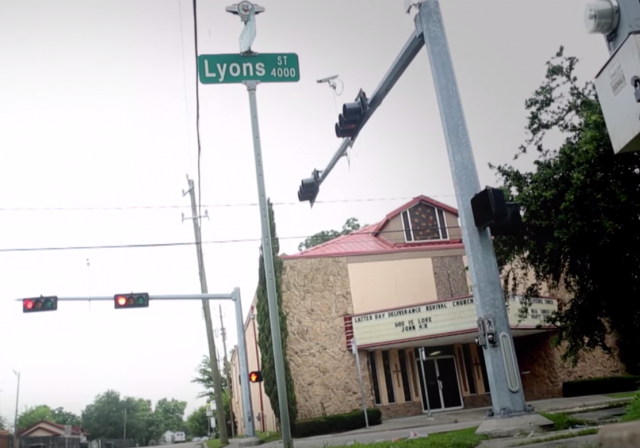 The city of Houston is no longer threatening to seize two decades-old fifth ward churches via eminent domain.

From our August report:

Two churches nestled in what used to be one of Houston’s roughest neighborhoods are fighting back against the city. The Latter Day Deliverance Revival Center was established in the fifth ward in 1965 by Bishop Roy Lee Kossie. A few years later, Pastor Quinton Smith began pastoring at the Christian Fellowship Missionary Baptist Church, also in the fifth ward.

Both churches have grown and have had a positive impact on their community in each year since their establishment. Building a youth ministry center, a church-run food bank, and creating outreach programs for gang members, drug addicts, and alcoholics, the churches continue their work to transform the fifth ward.

“When we moved in to this area, it was considered the highest crime rate area in the city of Houston. People shot first and asked questions later. But we loved these people. We loved this community. We knew this was exactly where we needed to be,” said Kossie.

The fifth ward is located just outside of downtown. Property values in the area have skyrocketed and continue to climb. The City of Houston offered to purchase the churches. When the churches refused, the city came back with threats of using eminent domain to acquire the property as part of an urban development plan.

That “urban development plan” called for using the land to build a library and 63 units of public housing.

With the help of the Liberty Institute, the churches filed suit against the city of Houston.

The suit argued, “HHA’s exercise of eminent domain to condemn the Churches’ properties violates their rights as defined by The Texas Religious Freedom Restoration Act and the Texas Constitution. The HHA’s looming condemnation of the Churches’ properties would substantially burden their free exercise of religion. The HHA cannot justify this substantial burden: it lacks a compelling government interest and its plan is not narrowly tailored. Furthermore, the threatened takings are improper as the properties are not intended for “public use” as required by Article 1, Section 17 of the Texas Constitution.”

The pushback was enough to make the Houston Housing Authority discontinue their eminent domain proceedings, but not reconsider plans to build public housing in the area.

In a statement released last week, the HHA said it decided to withdraw the eminent domain threat because it did not want to waste money on legal fees that could otherwise be used to invest in housing. It has no plans, however, to withdraw the construction plans for the 63 units.

“Although the decision to retain these three lots makes that task more difficult, it will not stop us,” Gilliam said.

For now, the HHA is working with architects to rethink the master plan for at least 30 homes on that same Fifth Ward block—with Latter Day’s hybrid parking lot/outdoor ministry fields untouched.

Can I hear an Amen a big Hallelujah!

Guess the court wasn’t interested in how the compelling government interest was the infringement of freedom of religion itself.

The “plan” calls for tearing down two churches and building a tenement. That’s a perfect illustration of the progressive mentality for you… shut down churches that has been using private donations of time, money and love to help people in the community better themselves, and replace them with a taxpayer funded entitlement program that will teach the people to stay on the Dim Plantation. How utterly fucking disgusting.

Might well work out for the churches: they can minister to the folks who will occupy those new public housing units. With any luck they, and we, will all be better off.

Oh those poor people! They need public housing, and I think we can lose the churches that have been the bedrock of the community since they’re founding!