The idiot child of the Democratic Party is back and WANTS ATTENTION! 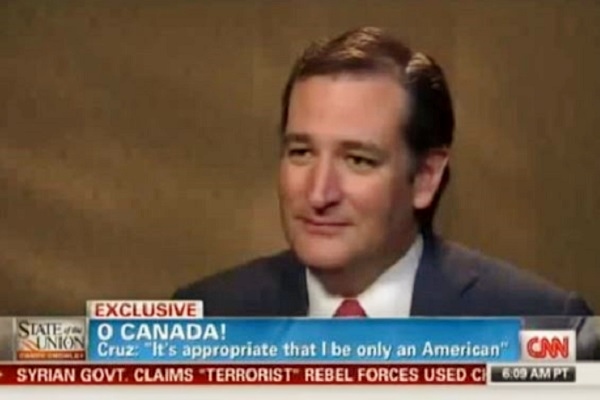 Florida representative Alan Grayson has a reputation for being a little “out there.”

The latest target of Grayson’s special brand of crazy is Ted Cruz.  According to Mediaite, Grayson is promising to file suit against Cruz should he (Cruz) be elected president.

Florida Congressman Alan Grayson told radio host Alan Colmes Wednesday that if Ted Cruz is elected president, he “will file that beautiful lawsuit saying that he’s unqualified for the job” according to the Constitution.

Cruz was born in Canada to a native-born American mother, making the presidential candidate a dual Canadian-American citizen. It was not until a 2013 Dallas Morning News article that Cruz acknowledged his Canadian citizenry publicly. In 2014, the senator renounced his Canadian citizenship altogether.

Apparently Grayson believes that anyone who is born to an American parent while in a foreign country is not an American by birth.  Or something.

“His mother was born here, so I guess like [President Barack] Obama,” Colmes replied adding, “it’s interesting to me that the people who had a problem with Obama’s birth certificate don’t have a problem with Ted Cruz, who literally was born in another country and renounced his Canadian citizenry.”

How does that work?  Well, we’re glad you asked, Mr. Grayson, because Professor Jacobson explains it at great length, writing in part:

Under the law existing at the time of their birth, each became a citizen of the United States at birth.  Rubio and Jindal by the 14th Amendment, Cruz by statute.

Be sure to read the prof’s entire argument, and listen to him discuss Cruz’s eligibility on the Larry O’Connor show:

Mark Levin also asserts that Cruz is indeed eligible for the presidency, listen:

And here is Cruz discussing the matter with Candy Crowley in 2013:

Even the folks at Talking Points Memo are scratching their heads over Grayson’s “Ted Cruz Birther” comments.

Evidently, Grayson has no problem with Obama’s lineage.

Grayson is a lawyer? The time for such a challenge would be in Congress — at the time Congress tabulates the votes of the electors and certifies the election.

Courts may not be competent to decide such an issue. If a Court decides then the Vice-President becomes president. If Congress makes a ruling , then the House chooses the President. A big difference.

This deranged ape has nothing better to do, now that he’s been stopped from beating his wife?

I live in Florida and he may actually win the democrat nomination the U.S. Senate seat being vacated by Sen. Marco Rubio. Can democrat voters be that dumb to elect him? Yes…….

A scarier thought is that Florida voters may be dumb enough to elect him to the US Senate. After all they almost made AlGore President in 2000.

Wait. Grayson wants to go to court on a constitutional case against Ted Cruz?

I want to see this! Apparently Grayson doesn’t understand the concept of “home court advantage.”

Alan Grayson bears a strong resemblance to Private Pyle from Full Metal Jacket, in terms of looks and mental health (or the lack thereof).

Alan Grayson, the jackass symbol of the Democrat Socialist Party!

I thought to myself, “who votes for an idiot like Grayson, honestly?”

Then I see that Trump is still leading the polls….

Many forget. Alan Grayson was not a legal resident of Florida when he ran for re-election. He listed his Mothers address as his home address. This was an adult living facility that does not allow children. Grayson has several children. He never lived at this address. The only address where he actually lived was outside Wash DC.