And the one freedom that protects all the others … is our Second Amendment. 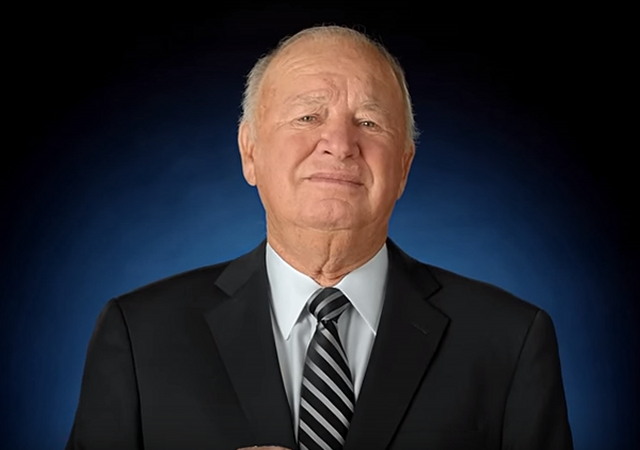 There was plenty of talk about gun control and the NRA at the Democratic Party debate Tuesday night. These talking points make great fodder for a progressive audience but ignore the truth.

Good people need to be able to defend themselves from bad people.

Executions in the streets were common.

I saw horror you could never imagine.

But me, I was lucky.

Soon after the war, I saw the Statue of Liberty, and I cried.

I’ve been blessed by the freedom and opportunity only America can offer.

Today, I feel a duty to speak out.

There will always be evil in this world.

But the one thing that separates America from every other country … is our freedom.

And the one freedom that protects all the others … is our Second Amendment.

Never give it up. Never.

I am the National Rifle Association of America.

And I am freedom’s safest place.

Immigrants who flee other countries and become American citizens often have a better appreciation of freedom than people who grow up here.

You may recall a Hungarian immigrant who made waves during the 2012 election by making an ad.

Video: European immigrant runs his own pro-Romney ad in defense of American Dream

Thomas Peterffy grew up in socialist Hungary before immigrating to the United States in 1956 at the age of 12. Despite the fact that he couldn’t speak a word of English when he arrived, Peterffy’s hard work and dedication drove him to fulfill his own American Dream. Now a self-made billionaire, Peterffy is sharing his personal experience in a very public way, purchasing millions of dollars worth of air time for a television ad with a cautionary message for American voters: Avoid socialism.

It’s hard for dems to find boogy men when they are them.

They find hundreds of straw-boogy men every time they talk. Listen to Obama next time (if you can stomach it) and he will always attack straw-men and never debate a point of fact.

I think people who have lived through a real war have a very different perspective about gun rights, precisely because they recognize the political element of those rights.

Peter van Uhm is the Netherlands’ chief of defense, but that does not mean he is pro-war. In this talk, he explains how his career is one shaped by a love of peace, not a desire for bloodshed — and why we need armies if we want peace.

There is both a video and a transcript at the link.

The US has, for the last six years tried the “Suppose they gave a war and nobody came?” strategy, and what we have found out is that, if the US doesn’t show, the bad guys will run amuck. You’d have thought the Democrats would have learned this after our experience in Vietnam, but no, we had to do it again in Iraq, Syria, and now Afghanistan.

He had me right up until he started talking about the “state monopoly on violence” as a good thing.

Giving him the benefit of doubt, I believe he’s referring to officially-commissioned militaries by legitimate governments, who stand ready to protect and defend their homeland and national interests. If so, then he’s talking a lot of sense.

But the term “state monopoly of violence” has a somewhat different meaning among some pro-Second-Amendment circles, and refers to overly-militarized domestic police forces subjugating disarmed citizens. (Think: Boston police doing heavily-armed, warrantless, door-to-door searches in the wake of the marathon bombing. Civil rights violations left and right, and nothing the people could do about it.) That’s the kind of “state monopoly of violence” I worry about.

I’m hoping it was just an unfortunate coincidence of verbiage, though. He comes off as a good and reasonable man.

Just saw a beautiful ad on Fox Business: an elderly Black woman, living in a government apartment building, who is a PROUD member of the NRA and carries a gun!!! Might this be available on Youtube already? Beautiful!

It’s available on the “NRA News website” linked above the transcript.

Women and blacks are two groups whose rate of concealed carry license applications is soaring.

Powerful stuff, indeed. It’s worth noting that those people who have actually lived under and/or confronted totalitarian regimes often appreciate the blessings of American society more than many Americans do, distracted as they are by the latest inane gossip involving rappers, pro athletes and actors. We need these people to continually remind us how special and unique life in a free society is, and, how we should continually appreciate it and be grateful to be able to experience it.