Swatting back at the anti-frackers 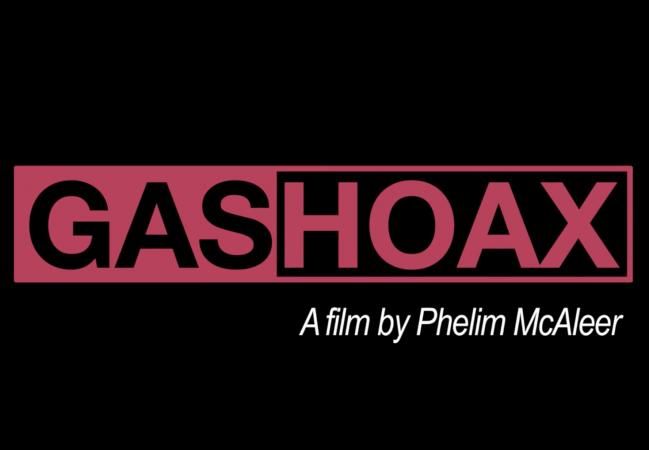 FrackNation director Phelim McAleer released a short film Wednesday ahead of Josh Fox’s new film, GASWORK. Known for his film, Gasland, GASWORK is a short, fictional film that supposedly, “investigates the dangerous working conditions in the oil and gas fields.”

According to Marcellus Drilling News:

Fox’s piece of propaganda, meant to smear fossil fuels, will air on a teeny tiny network called MSNBC (a network virtually no one watches anymore), at 8 pm Thursday during the “All In with Chris Hayes” program (a program we’d never even heard of before today). It’s important to point out Fox’s history of lies when it comes to the issue of fracking and natural gas drilling. No one does that better than Phelim McAleer, a real filmmaker who made the fabulous documentary FrackNation. Phelim is back to counter Josh’s latest propaganda with his own short film called GasHoax. Phelim plans to release his film tomorrow morning, ahead of Fox’s release, so people can know the true story of who Fox is and how he operates…

There are a million ways to get killed or hurt in the oil field.

There always were, and things are safer now than ever.

My house sits within sight of the cow pasture where Clayco #1 came in (one of Texas’ first and most significant oil strikes) well over a hundred years ago. My great grandfather and his brother walked to Texas to find work in the oil fields to make their fortunes. They took jobs as Nitro-men with a little company that later became Mobile. They hand carried crates of unstable Nitroglycerin across pastures in the notorious Texas weather extremes to blow wells.
Now that was a dangerous job that I’m grateful everyday for the risks he took and the rewards he reaped. The money he earned 1915 has helped send 4 generations of his decedents to college and is sitting at the ready for the 5th and 6th generations.

Josh Fox is your typical liberal punk. So self-absorbed, self-sure, self-centered. It must be fun to be the center of one’s special little universe of stupidity.