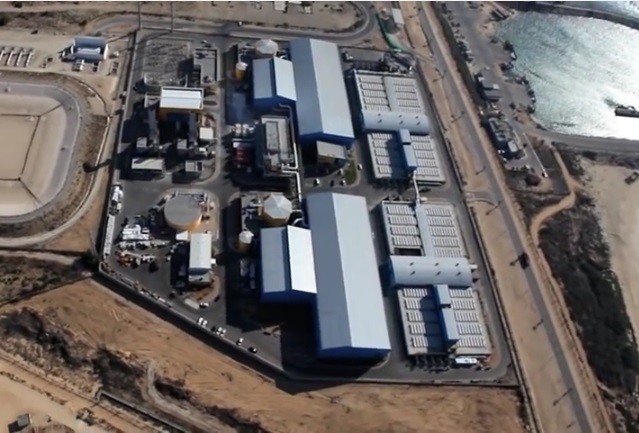 Rapid industrialisation and population growth of recent years has increasingly put pressure in India’s limited water resources. Earlier this week, China’s announcement to construct a mega-dam on Brahmaputra river, that also runs through the eastern part of India, has revived regional tensions between the two Asian giants — once again reminding that water could well be the source of future conflicts, just as oil and energy resources today. Securing water demand for a billion-strong population is one of the biggest challenges facing India today.

Indian news website Boom Live described the extent of water scarcity faced by the country and need for further strengthening the cooperation with Israel in water technology:

India is faced with the alarming prospect of becoming water scarce by 2025. Close to 200 million from 1.2 billion will not have access to clean water. (…) Minister of State for Water Resources Sanwar Lal Jat on Thursday said [citing EA Water’s report] that India’s demand for water is expected to exceed all current sources of supply and the country is set to become water scarce by the year 2025.
(…)
The possible solution to prevent an exacerbation of this situation is utilizing the current sources correctly i.e. sustainable management of existing water supply.

One country which stands ahead of the crowd in water management solutions is the state of Israel. Israel is a country that is just 67 years old, was born the same time as India and has an extremely harsh topography. They have just three sources of natural water – Sea of Galilee, underground aquifers and rainwater runoff (rainfall is restricted to two weeks in a year). Because rain falls only in the winter, and largely in the northern part of the country, irrigation and water engineering are considered vital to the country’s economic survival and growth. Additionally, Israel has had to contend with continuous years of drought, with a concurrent increase in population and water consumption.

During his election campaign last year, Prime Minister Modi made a promise to clean the waters of river Ganga. His promise to improve Ganga’s water quality is widely regarded as an important factor in his landslide election victory last year. The river Ganga is sacred to Hindus and passes through 29 major Indian cities. Israel has offered technical assistance to help the government fulfil its promise. In May 2015, Indian government approved over $3.5 billion for the ‘Clean Ganga’ project. Israeli clean technology can help reduce the levels of contaminants originating from several Industrial clusters located along the rivers entire length of more than 2.500 km.

With dwindling freshwater reserves, India is now looking at sea water to meet its rising demand of the industrial and urban sector along its southern coasts. Israel’s IDE Technologies is building several desalination plants in India. The biggest plant in this series went operational in 2013 and supplies each day up to 100 million litre of clean and drinking water to the city of Chennai with a population of about 5 million.

Israeli drip-irrigation technology is also playing a key role in improving agriculture productivity, bringing arid-land under cultivation, reducing long-term costs to farmers and saving the scares water resources. Indian agriculture production is heavily dependent on Monsoon, the sub-tropical seasonal rainfall. Variations in these rainfall patterns have a wide-ranging impact on the livelihood of farmers and food prices. Netafim has tied up with an Indian university to study the impact of drip-irrigation in rice plantation, a staple diet for most Indians.

Israeli drip-irrigation company Netafim alone has put 1.5 million acres of land in India under its drip irrigation systems and benefited over half a million arming families across India.

Besides defense and agriculture cooperation, water technology is turning into yet another important area of cooperation between India and Israel. Growing trade and technology ties have redefined India’s stance towards Israel at UN and other international fora. Further collaboration between Israeli and Indian academic institutions and businesses would increase people-to-people contact, cementing ties between the two democracies at the either end of the Arab-Muslim world.

Just another benefit of supporting Israel. A better and healthier world.

This is great. I’d be even more happy if the power source for massive desalination operations was nuclear.

California needs this technology. I’m sure Uncle Obama will spring for the funding. Seriously, this technology is awesome and it’s good to see India recognizes Israel’s leadership in this area.

There have been efforts to build desal plants in CA for well over a decade; the enviro-whackos have been stopping them in court.