#BlackLivesMatter Gets a Dem Town Hall…but No Debate

#BlackLivesMatter Gets a Dem Town Hall…but No Debate 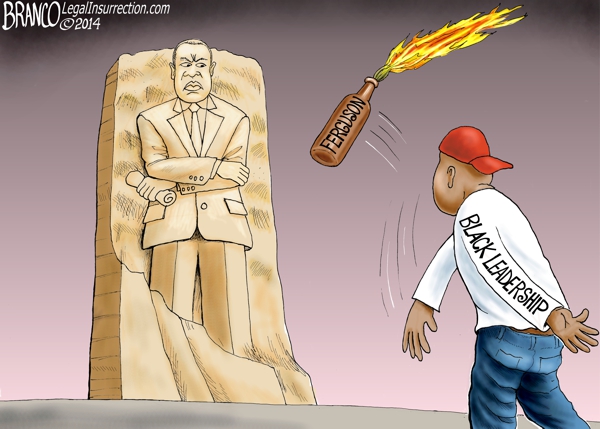 Debbie Wasserman-Schultz is really not having a good year. Her candidates, her colleagues, even the friendly media at MSNBC have all turned on her over the strict limitations she has elected to put on the primary cycle’s debate schedule. Her response to this criticism has been crystal clear: I will not sanction any additional debates.

Then came the Black Lives Matter movement with one simple request: add a racial justice-themed debate to the schedule!

Whether this is sincere (and I think it is) or the world’s greatest troll remains to be seen; but anyone who has been watching the news cycle over the past few years knows that her response to this request is going to haunt the DNC for a long time.

She said no. Of course she said no—she had to. The DNC sent a very nice letter back to the group, saying, “We believe that your organization would be an ideal host for a presidential candidate forum — where all of the Democratic candidates can showcase their ideas and policy positions that will expand opportunity for all, strengthen the middle class and address racism in America… The DNC would be happy to help promote the event.”

DWS isn’t totally friendless on this; prominent BLM activist Deray Mckesson stayed positive about the possibility of a town hall:

After meeting w/ some of the presidential candidates, I'm interested in seeing if we can host a Town Hall/Forum in Feb. w/ all candidates.

I think a presidential Town Hall/Forum closer to the SC primary would be a better format re: race than a debate — q's from the audience.

Some activists and organizers, however, are not satisfied with a lower-profile forum:

In an interview on Wednesday, Black Lives Matter organizer Elle Hearns said the umbrella group had yet to decide if it would proceed with an attempt to host a town hall, and said that she was still personally disappointed that the DNC will not sanction an additional debate.

“Their response to our request is unsatisfactory,’ Hearns said, and added that it is irresponsible for the Democratic National Committee to host so few debates. “Debbie Wasserman Schultz should be more mindful of her responsibility not only to the DNC, but to the American people.”

Mckesson, however, said he has been in talks with DNC officials to coordinate a presidential town hall and has also reached out to the Republican National Committee with the hope of including GOP presidential candidates as well.

Activists, many of whom were politically unaffiliated prior to the current protest movement, continue to grapple with how to best influence the ongoing presidential campaign. While many of the most prominent activists and organizers have gained national followings, and most of the leading presidential campaigns — especially in the Democratic field — have worked to ensure they remain in the movement’s good graces.

Oh, to be a fly on the wall and know how that conversation between Mckesson and the RNC went.

The Black Lives Matter movement is already unhappy with the DNC’s lack of focus on racial and social justice; it will be interesting to see whether or not the everyday activists currently seething over the DNC’s polite blowoff will fall in line behind more high-profile organizers, or instead take the party to task.

Personally, I hope it’s the latter. When it happens, the DNC will have no one to blame but the hamfisted, whipped-up, race-based narratives they throw at Republicans.

I think it’s high time this cohort of cowards called ‘America’ had a serious conversation on race. Real problems exist and you just never hear a word about race anymore.

I’ll second that IF Dr. Thomas Sowell is the moderator.

Al Sharpton is a racist.

But I could forgive a lot, for this speech.

I’m sorry, but it’s simply impossible for a black man to be racist. I have this on so-so authority.

Henry, you forgot the sarcasm markers.

Promote mob rule and you get mob rule.

What really knocks your socks off is to read a list of grievances that the blm has. Basically they demand that cops stop doing their job and allow a “Freer” movement among our black citizens. Things like loitering and selling drugs on the street corner should be ignored. All jobs should be shared equally with black applicants with no look at qualifications. No past felony convictions can any longer be required on any job applications. Reparations from slavery. Demanding black involvement in all government positions, judges, management positions and all federal jobs, again with no concern for qualifications. This is like asking fourth graders what they would like their schools to be.

And a pony. I want a pony for Christmas.

If you want any other color you’re just a racist.

What, you got something against red (native American), brown (hispanic), and yellow (Asian) ponies? Who’s the racist now, huh????

Meanwhile, we have Clock-boy’s dad calling for a new Amendment to the US Constitution. Because racism, or something.

Mohamed Elhassan Mohamed said that the congressman had left him nothing to say except “never-ever try to take innocent person and punish him until it has been proven he is guilty.” Mohamed went on to push for an amendment to the Constitution.

Because of the language barrier, it was not immediately clear what type of amendment he was talking about, but it could be presumed that it would have something to do with racial/ethnic profiling.

“We need to look at this and I am glad this is happened because people can try to come up with a good amendment to the Constitution. We don’t need to punish any innocent person!” Mohamed exclaimed.

“We see nowadays many innocents — not just my son — many innocent people that are not guilty, they be punished by a lot of things and they are innocent!” he declared.

“I urge President Obama and the congressmen and women to look at that because that is very important.”

The Grievance-Industrial Complex is about the only growth sector left in Obama’s America, I think.

I’m glad they are citizens because they have such love for America and understanding of our laws and customs.

A well-done forum might be better than a debate. If BLM were smart or well-advised, it could take this notion, run with it, and show the DNC how it’s done.

Then the rest of us could sit back, grin, and say, “Maybe this Trump thing is catching on.”

DWS could have just promised a debate featuring all the Democrat Candidates of Color.

Why are there no albinos running?

Johnny & Edgar Winters sort of ruined it for albinos in politics.

“We see nowadays many innocents — not just my son — many innocent people that are not guilty, they be punished by a lot of things and they are innocent!’ he declared.”

Guess it’s too late to explain to ClockDad that ClockBoy wasn’t punished by anyone. And if he thinks freedoms are squelched and punishments are severe in the US, wait until he tests the justice system in Qatar.

Oh? Let’s arrest & interrogate you on false charges for hours without counsel and see how you feel about it.

You should learn a bit about a thing before you comment on it. There is a big difference between being arrested and being taken into custody. And “false charges”? Apparently you don’t understand the concept of suspicion either.

The kid took apart a perfectly good, functioning clock and put it into a metal box where it could not be seen without opening that box; he could not have made it look more like a bomb if he had tried – and there is good reason to suspect that is exactly why it was done that way! He was taken into custody on suspicion of bringing an ID into a school and was released when that turned out not to be the case. Would you rather the school treat all possible explosive devices as harmless until one does in fact explode, killing a number of children?

Try thinking before posting; it will cut down your chances of looking like an obliviot.

IED, not ID. This site needs an edit function!

It has one – the preview button.

Debbie Downer was between a rock and a hard object there. The Dems desperately need as many black votes they can get, BUT BLM doesn’t play well outside black and progressive communities. The candidates may believe in the cause (if they believe in anything), but what they tell the black community and what they let the rest of us see, are very different. Imagine a political ad where the candidate(s) says something stupid about BLM, and then the video of Big Mike Brown is shown, and it is pointed out that he died after punching a cop, trying to take his gun, and then attacking him again. BLM crowd thinks this is horrible. The rest of us mostly support the cops here. We all know that if you attack a cop, punch him, try to take his gun, etc, that you are likely to die. BLMers may try to say that it wasn’t Brown’s fault. But most of us see the police as the barrier against thugs like Brown. Visibly backing BLM essentially would place the candidates against the middle class. This is only compounded by their gun control positions, where they want to disarm the middle class, while safe behind their own armed security. Or, to be a bit briefer – a debate around BLM would very likely alienate many more voters than it would gain for the Dems, as long as it could be sidestepped without alienating the Black community, which she seems to have been successful at.

That is what I thought I was getting at with the video of his strong armed robbery running in the background.

It’s time for a national talking-to on race.