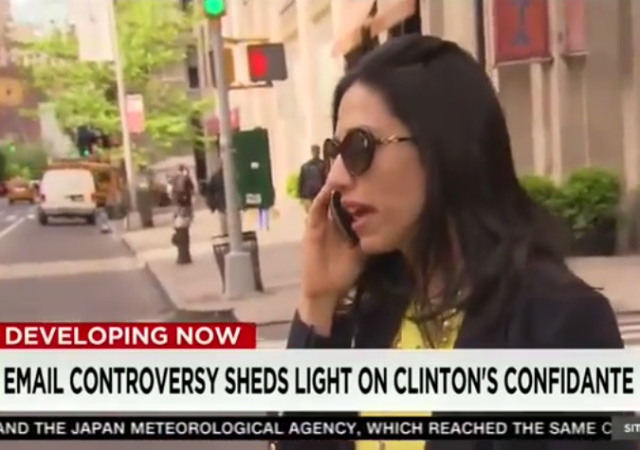 We previously wrote how the State Department filed a motion to stay the Freedom of Information Act (FOIA) case filed by Judicial Watch seeking records with regard to Huma Abedin’s outside employment while serving as Hillary Clinton’s State Department aide.

In this case, Judge Emmet Sullivan forcefully had required the State Department to search for records, including requiring outreach to the FBI as to searches of Hillary’s server.

Judge Sullivan has harshly criticized State Department behavior as well as what he termed Hillary’s failure to follow policy:

The motion for a stay was in conjunction with a request for appointment of a coordinating judge to handle numerous FOIA cases involving Hillary’s emails. While purportedly filed to increase court efficiency, it looked like a naked attempt to take the case away from Judge Sullivan.

In a ruling that was just posted, Judge Sullivan denied the motion for a stay, and asserted his right to control his own docket:

MINUTE ORDER denying [33] the Government’s Motion to Stay Pending Resolution of its Motion for Designation of Coordinating Judge. “The power to stay proceedings is… inherent in every court to control the disposition of the causes on its docket with economy of time and effort for itself, for counsel, and for litigants.” Fonville v. Dist. of Columbia, 766 F. Supp. 2d 171, 172-73 (D.D.C. 2011) (quoting Air Line Pilots Ass’n v. Miller, 523 U.S. 866, 879 n. 6 (1998)). Significant progress has been made in this case since it was reopened in June 2015. Neither judicial economy nor the interests of justice will be served by staying this matter at this time. In light of this Order, the Wednesday, September 16, 2015 hearing at 10 a.m. is CANCELLED. However, the Government is ordered to include in its September 21, 2015 status report, information about the volume of documents it has received from Ms. Mills and Ms. Abedin. (lcegs4)

James F. Peterson, Esq., a Senior Attorney at Judicial Watch, provided the following statement in response to the ruling:

“It is clear that the State Department’s strategy of delay to protect Hillary Clinton will not be tolerated by the courts.”

[Note Judicial Watch had represented Legal Insurrection in FOIA matters including as to David Gregory and the Virginia State Bar, and also is an advertiser.]

From the article: “It is clear that the State Department’s strategy of delay to protect Hillary Clinton….”

May the Good Lord protect the Honorable Judge Sullivan.

And to think Judge Sullivan is a Bill Clinton appointee. I appreciate his work!

And not stop to rest on a bench to feed the pigeons – even in a busy park…….

Quick! Look! Over behind that Bush!