He tied his shoes, popped down a tunnel, and surfaced a mile outside the prison walls into the waiting arms (and vehicles) of his drug-running minions. It was El Chapo’s second escape from a Mexican maximum security prison, and officials were both baffled* and humiliated* after they discovered they’d been hoodwinked*.

(*This, of course, assumes that they were hoodwinked. The man had a privacy wall in his cell and a fully-lit and equipped tunnel. Alas…)

Since his escape, El Chapo has been on the run, leaving a bizarre social media trail in his wake. Several times, Guzman’s son Alfredo has made posts to social media purporting to show photos of his father not languishing in a cell in central Mexico.

His last post, however, may have had a teensy flaw—he left the geotagging on. 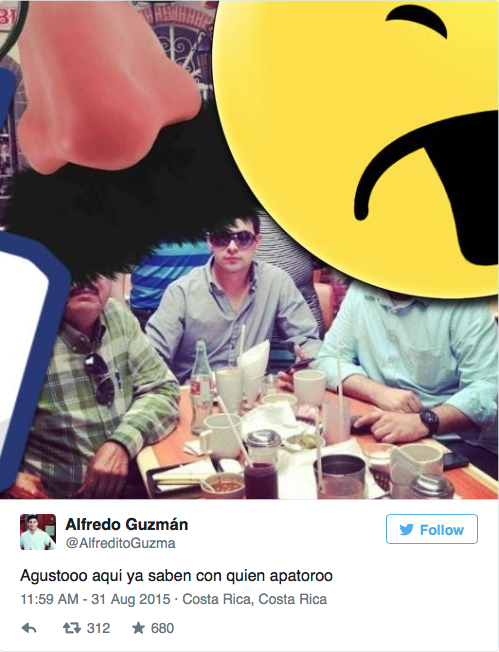 Oops! Or, should we say, oops? We’re talking about the family of a man who has escaped maximum security prison twice, and holds half the drug-imbibing world in his thrall. This geo-tag could be real—or it could be a false trail.

Or, he could be that arrogant and/or in control of those purporting to search for him.

Or, he could be going for a prison break trifecta. The world may never know.

One of the biggest drug kingpins in the world … I’d think his son would be under constant surveillance. But perhaps he is just another of the leftist donor class.

Fast and Furious and open borders have been very helpful to the cartels, and iirc, retired border guards seem to feel it is policy from above to keep it so open. Billions in drug money buys a lot of friends, and Hollywood and the hedge fund traders seem to have no problems getting their supply.

Obama feels it’s good to spread the (dirty) money/wealth around. At the street level that would be Trayvon, Freddie, Brown … all the gangsters. Strange Obama is no friend of cops, when drugs are such a killer in black neighborhoods.