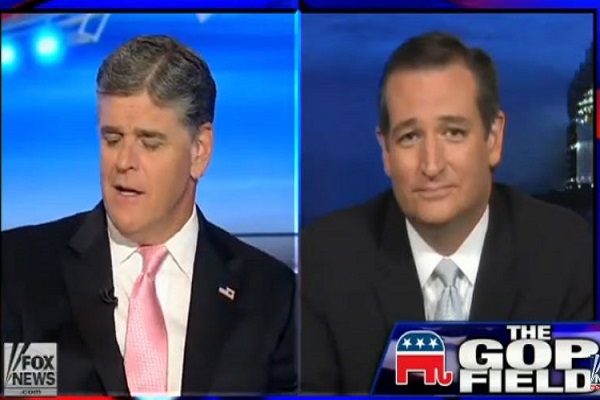 Although Ted Cruz didn’t get much time during the CNN debate, his campaign has announced that he pulled in over $1 million in the 48 hours following the debate.

Politico reports that Cruz is in a good place:

While other campaigns have been flummoxed and discombobulated by the rise of Trump, Cruz hasn’t. He has a simple political True North — go where the base is. Once it became obvious Trump was catching on with the grass roots, Cruz’s play was obvious: Start acting as if Ronald Reagan’s only failure was not to have handed down a 12th Commandment — thou shalt not criticize Donald Trump.

Cruz can be very patient waiting for the mogul to come down to earth. The Texas senator has an ideological and geographical base that means he can play the long game.

Consider Iowa. Cruz is sitting in third place there, a comfortable place to be in the late-breaking state. He has captured the intense loyalty of a portion of the grass roots (evident in his consistently crowd-pleasing speeches) and lines up for the caucuses better than Trump does. Cruz is a preacher’s son who announced his campaign at Liberty University. He speaks forcefully on the social issues and is a down-the-line conservative, without a hint of a heterodoxy.

Friday, Cruz appeared on Hannity to discuss the long game his campaign is playing and the frustrating tendency of establishment GOP to cave into Obama on everything from ObamaCare and executive amnesty to Planned Parenthood funding and the Iran deal.

Hannity asks him how he can break through from his current fourth place position to first. Cruz points out that he differs from the other candidates in that he has never supported amnesty (he said this during the debate, too), and he notes that he’s been the often lone voice of conservative pushback in Congress against Obama’s disastrous policies.

I like his point about the difference between “campaign conservatives” and Obama being that Obama, at least, sticks to his principles in many areas.  The sad thing is the GOP establishment sticks to Obama’s principles, too.

While Trump skipped the Heritage Action event in South Carolina, Cruz showed up and gave some great answers to a range of questions.

While Cruz has previously listed five things that he will do his first day in office, he has boiled his candidacy down to a very simple formula for Twitter:  “we’ll kill terrorists, we’ll repeal ObamaCare, and we’ll defend the Constitution, every single word.”

This is what I’ll do if elected President. Help make it a reality: https://t.co/pK0UgKT1jb#CruzCrew#CruzToVictorypic.twitter.com/1tJJNxz75k — Ted Cruz (@tedcruz) September 17, 2015

IF Cruz were to finish 3rd in Iowa, he would be in a very strong position to contend for the nomination. I don’t read Politico articles, though (the organization is supported by “subscriptions” to their email news service by several Obama agencies including the White House @ six figures EACH, and all its founders were charter members of Ezra Klein’s propaganda cabal Journolist, designed to “manage” the news so it helps Obama in particular and Democrats in general; it’s propaganda, not news, and they do not intend to help Republicans in any way), so have no idea where they get that.

$1 million goes pretty quick if you are trying to build a national organization and need to last until the Super Tuesday primaries. If he can attract the Trumpkins as the Donald fades, he has a real chance.

He’s playing the long game, riding the slipstream of Trump’s appeal and waiting for the fall. Who else stands a chance of winning over Trump’s legion (the others have all trashed him, and Trump supporters won’t forget). Fiorina may be rising and she can talk up a storm but she’s no conservative.

with Walker as VP

I’ll do an exacta.

I don’t understand. Don’t you realize that any (heretofore) non-politician is more trustworthy than any (current) politician can possibly be? Forget about Cruz’s record (or Walker’s, or Jindal’s). They’re politicians!

Trump will make American great again, because he says so. And because he’s not a politician. And — most importantly — because he’s rich enough to fund his own campaign. And as we all know, great wealth = integrity. (I guess Mitt wasn’t rich enough.)

Oh, and you’re obviously a shill for Jeb. RINO!

Trump is doing something very valuable… he’s illuminating a variety of issues where huge numbers of people disagree with the “Republican Establishment” in a major way. He’s also touching a nerve in the way that he is effectively saying “fuck you” to the press and the “establishment” and the PC/progressive culture that has been effectively muzzling conservatives for so long. He’s driving the debate to issues that actually matter to the conservative base, and nobody has done that for a LONG time.

But there is ZERO chance that he can actually deliver on what he is promising (nice hat though!) and the bigger issue is that there is NOTHING conservative about the guy’s actions in the past. Follow the money. He’s a colossal crony-capitalist. He’s gone bankrupt four times. He’s been a registered Democrat and donor for long periods of his life. He’s a freaking casino operator for heaven’s sake… you can’t be in that business without being corrupt. And he’s a bigger narcissist than Obama.

The fandom doesn’t about Trump’s past any more than Obamabots cared about Obama’s real past. Or they find a way to excuse anything unsavory.

Maybe Trump will implode when enough people figure out they’ve been beguiled by a showman. Meanwhile, solid, principled candidates are being squeezed out.

If it does come down to Trump vs. Jeb (as Trumpies insist it already is), or Trump vs. Kasich, that will be mostly the doing of the Trump cult.

Who is Radegunda supporting?

I’d be entirely happy with Ted Cruz unless Joe Biden announces, of course.