“Every politician involved in this will be held accountable.” 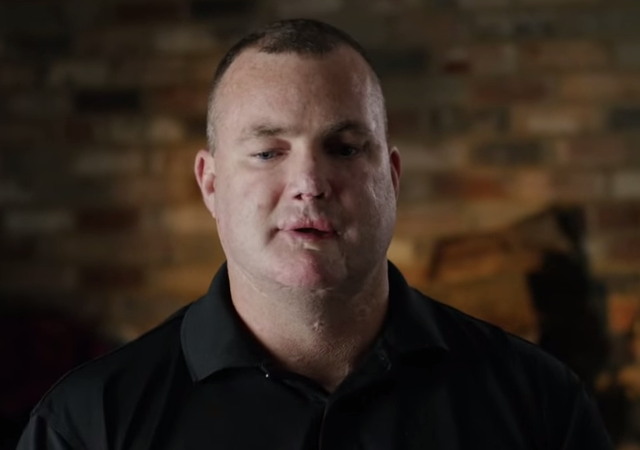 The man in the video below is Sergeant Robert Bartlett who was wounded in Iraq in 2005.

Bartlett is part of a group called Veterans Against the Deal which obviously opposes the Iran Nuclear Deal. The video makes a very strong statement because you’re hearing from someone who has experienced the brutality of war in the Middle East and was wounded, as he says, by an Iranian bomb.

This isn’t a political party or a defecting senator Obama or his supporters can demonize, this is an American veteran.

Allahpundit of Hot Air points to an article in the Military Times which strengthens the argument of this group:

Iran linked to deaths of 500 U.S. troops in Iraq, Afghanistan

At least 500 U.S. military deaths in Iraq and Afghanistan were directly linked to Iran and its support for anti-American militants — a newly disclosed statistic that offers grim context for the Obama administration’s diplomatic deal with the Iranian regime aimed at curtailing the rogue nation’s nuclear ambitions.

That figure underscores the controversy surrounding Washington’s deal with Tehran, a long-sought goal for the president — but one that is fiercely opposed by many Republicans in Congress and other critics.

Meanwhile, the Obama administration is so desperate to pass the deal, John Kerry is now linking its passage to the health of the U.S. economy. From Reuters:

Dollar could suffer if U.S. walks away from Iran deal: John Kerry

If the United States walks away from the nuclear deal with Iran and demands that its allies comply with U.S. sanctions, a loss of confidence in U.S. leadership could threaten the dollar’s position as the world’s reserve currency, the top U.S. diplomat said on Tuesday.

“If we turn around and nix the deal and then tell them, ‘You’re going to have to obey our rules and sanctions anyway,’ that is a recipe, very quickly … for the American dollar to cease to be the reserve currency of the world,” U.S. Secretary of State John Kerry said at a Reuters Newsmaker event.

That’s what the Democrats used to call the politics of fear.

… a loss of confidence in U.S. leadership could threaten the dollar’s position

Should have thought about that in January 2009, when your “leader” assumed the Presidency and immediately started to undermine this country’s leadership position in the world.

“. . . a loss of confidence in U.S. leadership could threaten the dollar’s position as the world’s reserve currency, the top U.S. diplomat said on Tuesday.”

***
If the dollar’s position as the world’s reserve currency depended on the world believing that Obama’s promises would be kept, then the dollar would have crashed after Obama’s infamous “red line” back-tracking in Syria.

And maybe somebody should clue in the clueless John Kerry that the real threat to the dollar’s position is the irresponsible spending spree that his buddy Barry has been on since 2009. In his first six years in office, Barry doubled the national debt, spending more than every other president who had ever held the office, combined. He has also added trillions more to our already staggering unfunded liabilities.

I’m waiting for the Mushroom Media to use the term with Sgt. Bartlett.

Why ARE we surrendering to the people who tried to kill him?

The left already has their strategy to counter these veterans, which is getting statements from higher ranking veterans who are for the deal:

There are always those, too. One does not achieve flag rank without being a politician, whatever else they are.

Those are more commonly known as “incompetents.”

I sent this post’s tweet to Illinois’ Senator Disturbin Durbin. He will be held accountable.