This child #WasBurnedAlive in West Bank, but you probably never heard of her

This child #WasBurnedAlive in West Bank, but you probably never heard of her

The firebombing of Ayala Shapira’s family was ignored by international media, as were her severe burn injuries. 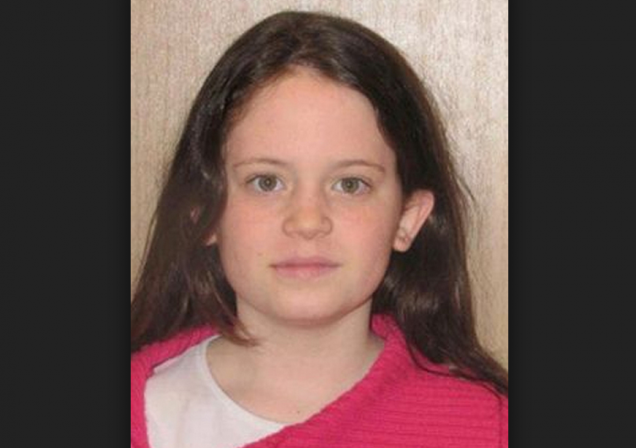 All of Israel is reeling with shock at the news of the firebombing of the Dawabshe family’s home in the Palestinian village of Duma, in which 1 year old baby Ali Saad was killed and his parents and siblings very severely injured.

Prof. Jacobson covered the story in his post which also covered the 2011 stabbing death of Hadas Fogel in her crib by Palestinian terrorists. 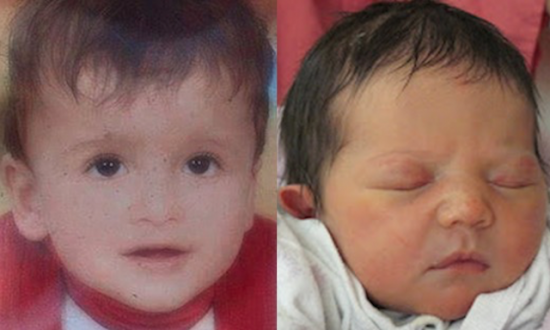 I covered baby Ali’s story, the stabbing attack by an ultra-Orthodox man on the Jerusalem Gay Pride parade (in which one Israeli girl was killed and 5 others injured) and the reaction in Israel to these terrible attacks in my post on my own blog.

The reality is that firebomb (Molotov cocktail) attacks are frequent, and almost always by Palestinians against Israelis. In fact, barely a day goes by without such firebombings.

You may not remember, but last December another child was dreadfully injured in another firebombing – one which you may have heard of but which most people have probably forgotten because it was ignored by most of the media.  The child in question was an Israeli, one who lives in Samaria (what the MSM and anti-Israel NGOs and activists would consider an “evil settler” and therefore somehow a legitimate target).

11 year-old Ayala Shapira was travelling in the car with her father Avner late at night on her way home from a class for gifted children to their home in the settlement of Maale Shomron in Samaria.

A firebomb thrown by two Palestinians hiding at the side of the road not only hit the car, but smashed through the window and landed directly on Ayala, causing her to catch fire. Her father stopped the car and Ayala had the presence of mind to throw herself on the ground and roll on the floor to put out the flames. They were in a deserted spot about a kilometer from their home and help was slow in coming so Avner picked Ayala up in his arms and carried her home to wait for the emergency services.

Ayala was critically injured and fought for her life for several days. Miraculously, she began to recover and within a relatively short time she was transferred from the ICU to a regular ward and then to rehab, which is where she still is even now, over 6 months later.  She is allowed home for weekends and for bat mitzvah parties since she is in her batmitzvah year.

Her wounds are horrific and unbelievably painful but she bears her injuries stoically.

I have seen Ayala “up close and personal” since she is a very good friend of my granddaughter Noa. She and Noa had planned to make a joint batmitzvah this summer, but in the circumstances it was decided to celebrate separately.

Ayala celebrated her own batmitzvah a couple of months ago and Noa was one of the guests.

[Ayala’s class at her Bat Mitzvah]

Then just a month ago Noa celebrated her own batmitzvah and Ayala was one of the guests.  She wore a complete face mask but even when she took it off she did not resemble how she used to look like. And her hands… it was awful. My heart went out to her.

So this story has a relatively happy ending although Ayala is going to have to endure years of skin grafts, plastic surgery and physiotherapy in order to resume a normal life.

Ayala is not the first Israeli child to suffer horrific burns from firebomb attacks on cars, as this 2006 report shows:

In his post, Prof. Jacobson mentioned the dreadful murders of the Fogel family in Itamar in March 2011.  It is interesting to compare the media coverage of those murders to the media reporting of the murder of Ali Dawabshe.

Regarding the Fogel murders, contrary to the PA’s lip-service condemnation, Palestinian TV praised the murders; the BBC did not report it at all; Israel’s extreme-left Haaretz paper gave more prominence to the Japanese tsunami than the murders; and the rest of the MSM were not much better.

Ayala Shapira’s terrible injuries were barely reported either. Let’s have a look at some major media outlets:

But when it comes to Ali Dawabshe’s murder, the international coverage was extensive. A Jewish terror attack is exploited by  anti-Israel activists and in their own minds vindicates their anti-Jewish feelings. Here are some numbers (without commentary on their content or bias) from similar widely read media outlets:

The double standards in the media reporting of these three attacks, each one horrific and murderous in their own way, are blatant and breathtaking. All should be heavily reported.

This Ongoing War, a blog by the Roth family whose daughter Malki was murdered in the Sbarro suicide bombing exactly 14 years ago, wrote about the double standards back when Ayala Shapira’s car was targeted in December, comparing the reporting to the tendentious reports of Israel’s treatment of a sick Palestinian child:

PS: If, like us, you have tried to find published Arabic-language condemnations of the firebomb attack on the eleven year-old Israeli girl (and no, we don’t count statements of the “we oppose all acts of violence blah blah” since their insincerity is so obvious), and failed, then you already know how thoroughly invested their world is in its addiction to terror.

Arutz Sheva also reported on the media’s bias back in December, focusing this time on the Forward, a Jewish left-liberal newspaper, and noting how the mention that the victims are settlers somehow makes the attack acceptable:

As we prayed and continue to pray for Ayala’s speedy and complete recovery, The Forward ran with Reuters, so forget tears and compassion and an understanding heart. Forget a moment to pause and reflect. Instead they used the incident to rush their politics, always to the most extreme detriment of the Jewish State.

The Israellycool website provides a more rounded account of how The Forward ran the story courtesy of Reuters. But I choose to focus on two passages, this first: “The [Israeli] military did not say whether the victims of the attack were settlers, who are bitterly resented by many Palestinians.”

Really? So if the victims were settlers, implies The Forward, it’s okay. It’s open season. Jews are fair game. Moreover, this sort of gutter journalism does not trouble itself from separating fact from opinion, as in “bitterly resented by many Palestinians.”

Who asked for the editorial — and can it be that the “bitter resentment” more accurately expresses the view of Reuters and The Forward?

Sounds like it when we read what comes next:

“Palestinians want to establish a state in East Jerusalem, the occupied West Bank and Gaza, territories Israel captured in the 1967 Middle East war.”

Notice each word dipped in poison – “occupied” and “captured” and the most reliable phrasing of all, “Palestinians WANT.”

Yes they want and if Israel is reluctant to give them what they want the news media is always ready to be of service.

We must always keep in mind the media’s lack of balance in reporting on Israel, and hold them to their own standards when their bias is showing.

It must also be pointed out over and over that their lack of reporting on attacks against Israelis. whether firebombs or stabbings or even rockets and missiles not only minimizes Israelis’ suffering but makes the Israeli response, when it finally comes, appear out of the blue and – that favourite word of the media when it comes to Israel – disproportionate.

UPDATE (by WAJ): Soon after this post was published, there was another Palestinian firebombing of an Israeli vehicle, causing injuries:

I saw the carrying of the baby at the funeral, the front-page picture on Saturday’s Times, and thought of how perfectly the shot was executed from a height-Pallywood at its “finest.” The death and the tragedy are real, but like with Cecil the Lion, you feel the manipulation.

We still do not know who caused that death.

How often have the Palis killed their own, and blamed the Jews? It has gotten to be a very old story.

I wholly agree with the Israeli decision to state clearly that the case has the earmarks of an Israeli group, condemn the act, and prosecute whoever the facts lead to, if they have the evidence to make a case.

And if they don’t have evidence? The Defense minister has ordered that all suspects be “administratively detained”, i.e. imprisoned without any sort of charges, evidence, or trial, just on his say-so. They wouldn’t do that if there were evidence, so we must assume that he expects there not to be any evidence, and wants to punish someone anyway.

And why prattle about speculative “earmarks”, when the facts may be quite different? Unless and until the arsonists are identified, the Israeli government is very wrong to admit that Israelis did this, because that will be forever entrenched as a fact, even if it’s later disproven. See the case of Little Saint Mohammed al-Durah.

Unfortunately an internet generation grew up believing that dogs don’t bite people, and too many of them now have become our “journalists”.

The cognitive dissonance should be deafening. Perhaps the evidence for it’s existence is reflected in the progressive demand for psychotropic drugs and other distractions.

UPDATE: I received word via my daughter that Ayala has in fact just recently been released from rehab and is now at home although she still has to go 2-3 times a week to hospital for treatment. Nevertheless she is a walking miracle for which we must be grateful.

Let us hope and pray that the victims of tonight’s firebombing near Jerusalem make a quicker and fuller recovery. And you can also bet that you won’t hear of this firebombing outside of the Israeli papers and pro-Israel websites like LI.

Meanwhile the government still has no idea who set the fire, but they’re determined to be seen to be doing something, so they’ve authorized the ShaBaK to arrest anyone they like and keep them without charges, lawyers, or trial, and to torture them use “harsh measures” on them to extract whatever information they like that they can use against anyone who thinks Arab terrorism should carry a price for the entire community in whose name it is carried out and that enthusiastically supports it.

Here is the report that the government has authorized Shabak to use against loyal Israelis measures that can’t be used even against Israel’s avowed enemies unless there is evidence of an imminent attack that must be averted. The Shabak’s “Jewish section” is notorious for its leftist political orientation, and its hostility to all religious or nationalist Jews.

The pretense that there is no difference between an act of war against the country and a crime, however horrible, committed by loyal citizens, is bizarre. If there are people who feel that their government is at war with them, and they have no choice but to defend themselves because the government won’t, that is an indictment of the government, not of the people.