Democrats Mull a Plan B for Iran Deal Passage

Democrats Mull a Plan B for Iran Deal Passage

Will Obama have to use Veto No. 5? 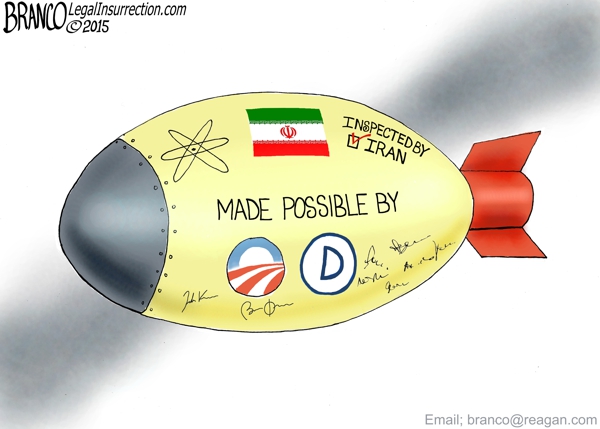 As the vote on the controversial Iran nuclear deal looms, democrats on Capitol Hill and in the White House are pushing forward with their efforts to ensure that their caucus stands as intact as possible against Republican attacks.

Thus far, their efforts have produced results, if not perfect ones. The defection of powerful Senate democrat Chuck Schumer (D-NY), and the high profile split of two freshman House dems, has dinged the optic surrounding the deal, but overall, the White House has every reason to be optimistic. Nancy Pelosi announced yesterday that she has more than enough votes to sustain a veto in the House (fewer than 60 House dems have announced their opposition,) and in the Senate, Foreign Relations Chairman Bob Corker (R-TN) has cast doubts about the future success of opposition efforts.

Still, the White House is nervous. Invoking the veto on such a high-profile issue could move voter confidence in the wrong direction, and destroy what little credibility Obama has left on the international stage.

“There’s a cost to the international credibility of the country and this president if a motion of disapproval passes the House and the Senate,” said Sen. Chris Murphy (D-Conn.), who’s working with Durbin. “There is some harm to the country’s standing if we have to go through the charade of the veto.”

Both the West Wing and Durbin’s team are trying to avoid setting premature confidence.
The White House is trying not to set expectations high by openly seeking a filibuster. Right now, the president looks strong as it becomes nearly mathematically impossible for GOP leaders to build a veto-proof majority in either the House or Senate.

“The president’s only concern here is that Congress doesn’t take this off the rails,” said White House spokesman Eric Schultz.

Opponents of the deal say forcing the president to veto the measure would send a message to Iran that enough members of Congress are ready to impose new sanctions on Tehran if it fails to follow the accord.

Forcing the president to pull out his veto pen is “important as a statement to Iran, and may make it more likely that Iran keep the promises about what it will not do,” said former Connecticut Sen. Joe Lieberman, chairman of United Against Nuclear Iran and with his hand in two other opposition groups, though he refused to concede that Obama would be safe from an override vote.

That “statement” (whichever way it falls) will be compounded by the convening of the United Nations General Assembly, which is scheduled to happen just after Congress votes on the deal. For Obama, being able to stand up with a deal backed by Congress would be a coup; if things go wrong, he risks appearing weak, having lost control of a divided and increasingly hostile legislature.

Democrats have begun plans to wield the power of the filibuster as a show of strength should things start sliding downhill, prompting those opposed to the deal to cry foul:

Senate Foreign Relations Chairman Bob Corker (R-Tenn.) spoke to two undecided Democrats on Tuesday about the deal. He said he doesn’t believe he should put his thumb on the scale to counter the White House, but when he saw Reid say that he is trying to build a filibuster, his response was: “Are you kidding me?”

The White House may be optimistic, but the fact that their last best hope may be to simply prevent discussion and debate shows just how low they’ve sunk in their desire to capitulate to the possibility of a nuclear Iran.

Say goodbye to all life on earth thanks to the Democrats…..

Use the Harry Reid technique. Simply concoct some reason why the Senate has to vote on the proposal and then rule the filibuster out of order. Then, have a vote to uphold the chair’s ruling. Profusely thank Harry Reid for the technique.

Except the chair is Biden.

Or he go all Nancy screeching:
“We’ve got to drop the Iranian Bomb to see what’s in the bill!”

This is arguably the worst, most dangerous “treaty” the US has ever negotiated, and Senator Corker “doesn’t believe he should put his thumb on the scale to counter the White House”.

Senator Corker, you are either an idiot or corrupt(or both). Do your damn job, and do what it takes to block the deal.

Whether Democrats vote for override or for the filibuster or to support the bill is the same: those names, as Sen. Menendez said, will be inscribed forever on the Iranian bomb. They may not be up for reelection in 2016, but they have to stand sometime, and it will not go away.