Blacks need more and better policing so that Black lives can be protected from Black criminals. 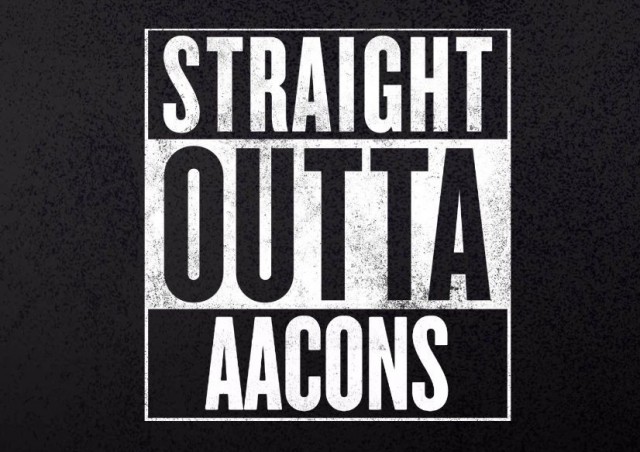 The #BlackLivesMatter movement has a message.

Even though that meant physically bullying 73-year old Bernie Sanders off the stage.

Their message is, primarily, that the police are a threat to the African American community

It is not a new message, of course. As Marco Rubio said, “It is a fact that in the African-American community around this country, there has been for a number of years now a growing resentment toward how the law enforcement and criminal justice system interacts with the community.”

As a member of that African American community, I am well aware of this resentment and of the tension between my community and the police.

In fact, I am reminded of a conversation with a friend, an African-born NJ college professor, who told me of an informal experiment he likes to conduct. He would have a White student lay in the backseat of his Audi while he drove through one of NJ’s very wealthy neighborhoods. He said he would do so to show how inevitably and how quickly a police officer would find a reason to pull him over for questioning. According to him, this experiment has never failed to produce the predicted results. This experiment is never conducted with a Black student because there would be little point. Blacks almost always already assume that even a well-dressed Black in a nice car driving through a wealthy neighborhood would be stopped by the police.

Along with this resignation, and largely because of it, there is an anti-police sentiment within the African American community, further poisoning the relationship between police officers and African Americans.

Our very culture helps cultivates this hostility. Ta-Nehisi Coates, for example, recently recounted that growing up he saw the police as just another force “with no real moral difference from the crews and the gangs and the packs of folks who dispensed violence throughout the neighborhood.” And Mychal Denzel Smith even argues that the police should be abolished, thinking that, “a world without police” would result in “less dead Black people.”

In fact, the most popular movie in the U.S. as I write this is Straight Outta Compton, based on the release of the album of the same name, by rap group NWA.

In one of the hit songs on the album, F*** Tha Police, the group, or at least the personas the group created to appeal to their audience, complains about harassment from the Los Angeles police department because of their skin color. Ice Cube states, “F*** the police coming straight from the underground. A young n*gger got it bad cause I’m brown. And not the other color so police think they have the authority to kill a minority.”

Yet in the titular song of the album they – in their personas – boast of such things as using a sawed-off shotgun, “jack moves,” and having “a crime record like Charles Manson.” Based on that it seems as though NWA is pointing out very strongly that they have reason to have it bad from the LAPD based on much more than their skin color.

Racism alone can not be used to explain the often tense relationship between the police and the largely African American inner city community, not when three of the police officers charged with the death of Freddie Gray are themselves Black, or when even Jesse Jackson himself stated, “There is nothing more painful to me … than to walk down the street and hear footsteps and start thinking about robbery, then look around and see somebody white and feel relieved.”

People like NJ Senator Cory Booker often complain about “a prison system that is 61 percent African-American even though our state is just 13 percent black.” But rarely, if ever, do they mention the reason that African Americans are in prison at such high percentages is because African Americans commit a higher percentage of crimes. Despite being just roughly 14% percent of the population, Blacks are responsible for 52% of homicides overall, and 66% of drug-related homicides.

Furthermore, rarely, if ever, will those who bemoan such things as the percentage of Blacks incarcerated mention that almost all of the crimes committed by these prisoners were against other Black people.

Despite the impression one would get from reading Conservative blogs, with their incessant postings about “Black thugs,” Black crime — like all crime — is nearly exclusively intraracial. 93% of the Black murderers imprisoned murdered other Blacks, 74.8% of the Black rapists rape Black women. And 68.3% of the Blacks robbed are robbed by Blacks as well.

There are many times when the police overstep badly in their interactions with the African American community. It is for this reason that I am a strong supporter of dash-cams, body cams, and any other measure to monitor and temper those interactions. As John Adams once said, “If men were angels, no government would be necessary.” Police officers are not angels.

However, when I read the demands of the #BlackLivesMatter movement, which say “we will advocate for a decrease in law-enforcement spending at the local, state and federal levels” and “that the federal government discontinue its supply of military weaponry and equipment to local law enforcement,” it puzzles me.

If the vast majority of crime is intraracial, if the overwhelmingly majority of Black crime victims are victimized by Blacks, then who are activists seeking to protect by demanding softer law enforcement against Blacks?

f Black lives matter, then Blacks need more and better policing so that Black lives can be protected from the Black predators that would otherwise prey upon them.

And Mychal Denzel Smith even argues that the police should be abolished, thinking that, “a world without police” would result in “less dead Black people.”

And who would want to invest into this world to provide the community with needed and essential services? With no police to provide assurances, who would want to put in their personal resources, time and efforts to provide services in the community? What insurance company and bank would want to invest into a community of vigilantes? What public utility or service agency would want to show up or establish a service into such a community without assurances of their personal safety. Black Lives Matter as it is, is a slogan, not a movement; A sound byte of reaction rather than resolution. Their energy would be better spent working within the community to move their culture forward rather than emulating Obama and Sharpton who also believe a good sound byte is an achievement unto itself.

Or this one from the tough, bright, truth telling, very experienced (Black)Wisconsin Sherriff: Black LIES Matter.

This tragic situation has grown over the past 50 years, since the inception of The Great Society in 64-65. This has been the most sinister, insidious and self-defeating program ever conceived in this country. One generation of grief has imploded into the next; pride has been replaced by an arrogance born of spurn and neglect, and a perpetual anger has been brought on by lies and misrepresentation. Liberals don somber faces offering empty plates of encouragement, delving deep into others’ pockets to seduce Neglect’s patronage. With one hand they gave the gold and with the other they took the soul. For those who have lived as an adult for the past 50 years, you know this is not the only dramatic change that has occurred in our country. Almost every facet of our society has changed for the worse. Evidence of decadence is everywhere – it is just occurring at a faster rate in some segments than others.

If the police here in Chicago both white and black pulled out of the ghettos the murder rate would triple.

Would that solve their problem? Would it take a crisis of this magnitude be the only thing which would inspire those left standing to take ownership of their own actions to realize they have been their own worst enemy. At some point you cannot continue to be the victim when you realize you’re also the perpetrator.

Let me ask then: where is the return on investment in the “War on Poverty”? We (Americans) have spent so much treasure in redistribution that cultural/racial mores have squandered with an increase in single parents, EBT lives, black-on-black crime and black-on-white (and other) crime? Where is our “Accountability/responsibility” apologia for the costs imposed on taxpayers for those who don’t work, don’t want to work, and demand accountability of others?

KMA. #AllLivesMatter, but get a frigging job, then tell me about how hard it is

Oh there was a return on that.

It all was returned to corrupt politicians……

The data in The Bell Curve was 180 degrees off the thesis.

The difference in IQs between American blacks and whites was less than the margin of error for the IQ tests. That means the numbers were THE SAME.

The IQs of American blacks are the same as for whites. THE SAME.

The writers of that book made blatant, basic, errors in their experimental analysis.

That certainly doesn’t sound like The Bell Curve that I read.

Perhaps the greatest stumbling block to even comprehending what the authors were talking about is inherent in the title. The “man in the street” (which includes the bulk of book reviewers) knows essentially nothing about Gaussian statistics, which is of course what the phrase “bell curve” is all about. Interestingly enough, there’s some reason to believe that not even Carl Friedrich Gauss really understood all about it, which would mean that we mere mortals—even the ones who know calculus—should expect to be baffled.

The problem I saw in the Herrnstein and Murray book was not so much in methodology or data analysis; rather, it was that the thesis wasn’t particularly useful if one is dealing with individuals rather than groups or populations.

But back in those those we weren’t so obsessed with groups … such as The Community.

Ben Carson owes his life to a mother who stuck it out, instilled goals and discipline and to his Christian faith and values.

Without this, even very expensive, intensive social programs will fail.

We are spiritual as well as physical and cognitive/emotional beings.

Islam has proven to produce bad outcomes for blacks (and for the nations it infects).

Judeo-Christianity produces good fruit. Islam does the opposite.

JudeoChristianity has been and continues to be more harmful to Black people than Islam. This is historic fact. Also most white on black violence was and is done by a person espousing Judeo Christian beliefs.

AACONS: Now you’re getting it. “AACONS sits down with (fill in a name) to discuss the news of the day” as a sub-heading was an invitation to a snooze fest.