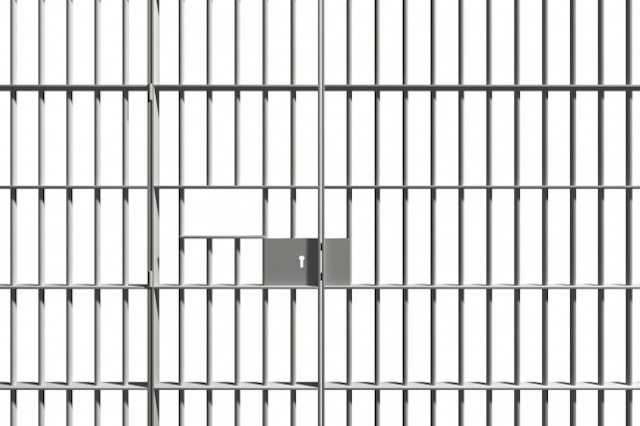 When Walter Scott was was shot earlier this year during what should have been a routine traffic stop, the country launched itself into a justified discussion over how local governments should work to ensure the safety of citizens during encounters with police—without crossing the line into invasive surveillance.

The Walter Scott case hit South Carolina Senator Tim Scott hard, and those raw emotions spilled over on the night of the Charleston shootings. He may be touted as the GOP’s “only black senator,” but for Scott, his efforts to reform the criminal justice system have less to do with race, and more to do with a renewed effort by members of both parties to rebuild trust in inner city communities.

Today, Scott is slated to introduce a bill that will authorize up to $100 million per year in grant money to pay for body cameras for local police departments. The bill’s hefty price tag comes with controversial offsetting provisions, but fortunately for Scott, members of both parties are already on board with various efforts to reform the criminal justice system.

The costs of the five-year bill — named the Safer Officers and Safer Citizens Act of 2015 — would be offset by limiting administrative leave for federal employees to 20 days per year. But that offset is bound to cause some concerns from Democrats who have argued that federal workers have been unfairly targeted by Congress for years.

Meanwhile, there are multiple ongoing efforts in both chambers to revamp the criminal justice system and reduce mandatory minimum sentences for first-time offenders in particular. In the Senate, a group of six members is trying to find a deal that could pass muster with Sen. Chuck Grassley (R-Iowa), the powerful chairman of the Senate Judiciary Committee.

Dick Durbin, the Illinois Democrat who is part of those talks, said the group is “close” to reaching a deal that would overhaul sentencing laws, including provisions that would allow the early release of certain prisoners. The proposal, however, would not deal with policing matters like body cameras, he said.

The GOP push to reform the criminal justice system has been rolling steadily on the state level for a number of years, but recent efforts by Senators John Cornyn (R-TX), Mike Lee (R-Utah), Cory Booker (D-N.J.) and Sheldon Whitehouse (D-R.I) have pulled the issue into the forefront and convinced activists and representatives on both sides of the aisle that change is desperately needed. Chuck Grassley has a history of blocking prison reform efforts from surviving Judiciary Committee scrutiny, but the package that Cornyn and his colleagues have been working on could hit all the right notes.

The deal includes sentencing reform, prison reform, and addresses mandatory minimum punishments, but as was mentioned above, does not include grant money for body cameras. There is some skepticism—particularly on the part of Scott himself—as to whether or not a comprehensive reform package will survive scrutiny, but the individual provisions that have been floated enjoy bipartisan support in both the House and Senate. House Speaker John Boehner backs current efforts, saying, “I’ve long believed there needed to be reform of our criminal justice system.”

The House and Senate agree—and Republicans and Democrats agree—that something needs to be done. I would guess that we’re still along way away from sending anything to the President’s desk, and it’s impossible to tell what form that change will eventually take; but even if Scott is right, and comprehensive solutions are a step too tangled for Congress, we’re still poised on the edge of meaningful policy reform.

It’s something to be excited about.

Police body cams will reduce and perhaps eliminate the “what really happened” questions. It will also eliminate all police discretion. No longer will a cop be able to say “I didn’t see that” because his buddy, the camera, did see that, and the cop can’t be sure if some clerk isn’t going to later playback the session and the cop’s sergeant or lieutenant comes to the cop and says “why did you walk away from that”.

Quite right. No more catching a guy with an open container of beer, but obviously not drunk, and dumping it out and letting him go. No more tearing up a joint and letting young males off with a warning. No more discretion of any kind.

PLUS, this is NOT a federal problem. As one who has supported Tim Scott since his first run for Charleston Country Council, I think he is off base here. Federal sentencing and prisons need reform, but buying body cams for local LE has nothing to do with that.

Is he also proposing legislation that police will no longer be allowed to issue warnings? It’s legal for them to issue warnings now, so unless someone outlaws that practice, I don’t think that’s something we need to worry about.

I do agree with your point about how it shouldn’t be a Federal issue though. It makes me nervous whenever someone proposes bringing the Feds in to deal with what should be a State or local (city or county) issue.

Let the voters and taxpayers of every city, county, or at worst, state, decide how they want to deal with issues involving their local city, county and state law enforcement officers. Keep the Feds out of it.

Kudos to Senator Tim Scott. I applaud the things he’s done after the killing of unarmed Walter Scott.

The #BlackLivesMatter crowd should be opposing this with every ounce of strength they have. They thrive on doubt. If it’s black teen’s word vs. white officer’s word, they can stir up outrage, get voters motivated and get a landslide of publicity. If it’s on video, they get none of that.

Excellent point and one that is supported by the evidence. In the VAST majority of cases, evidence from body and dash cameras have supported the leo’s version of events. The last thing that the agitators who are fueling these fires want is for the facts to be produced.

I’m waiting for those on the left to belatedly remember their commitment to privacy concerns.

Sounds like the usual song & dance; whatever its merits, it will be buried in fantasies about “comprehensive reform”. And “comprehensive reform” has a serious tendency to (1) relegate anything real to a glacial timescale, and (2) inflict miserable ideas and catastrophic costs on the public, all under cover of a small number of incontrovertibly good ideas.

In this case, it’s hard to argue that any and all interactions of the public and the police shouldn’t be recorded. And, nowadays, high quality, robust, and, most importantly, cheap audio/visual recording is feasible. We can even equip guns and tasers with A/V capabilities … and perhaps we should.

But it won’t happen anytime soon if they entangle it somewhere down the “comprehensive reform” path.

Today, Scott is slated to introduce a bill that will authorize up to $100 million per year in grant money to pay for body cameras for local police departments.

While I’m generally in favor of the idea of body cams, I’m not in favor of letting the Federal government start inserting itself into local police department matters. Even if there’s “free money” to be had.

As the saying goes, “He who pays the piper, calls the tune.” Whenever there’s money being handed out, there are strings attached. At least if decisions like these are made and funded by the locals most affected by them, they retain control of the strings.

The ability to feed all the bodycam footage into an archive and run biometric facial identification and pull up citywide footage of suspects during specific time intervals, locations and among known associates and co-conspirators can have the potential to be a very powerful investigative and prosecutorial resource.

The potential applications are mind boggling.

The police and other entities are already scanning and keeping a database of license plates as they drive around, and they’re already talking about archiving biometric information and running facial recognition on it.

That cat’s already out of the bag. You’re already being photographed and your license plate noted every day, and between Homeland Security, the FBI, and State governments, they’re already collecting and hoarding this data. Photographs from the exceedingly rare instances when ordinary law-abiding citizens interact with police (as opposed to walking outside your building, driving on a highway, parking your car at a friend’s house, being in the crowd at any given event) are just a drop in the bucket. All we can do is try to set limits on how they’re allowed to use that information.

One of the Prof’s former students had an op-ed in the NYT discussing limitation we need to start insisting on, as to the use of this data — that they’re already collecting. http://www.nytimes.com/2013/08/30/opinion/the-face-scan-arrives.html?hp&_r=1