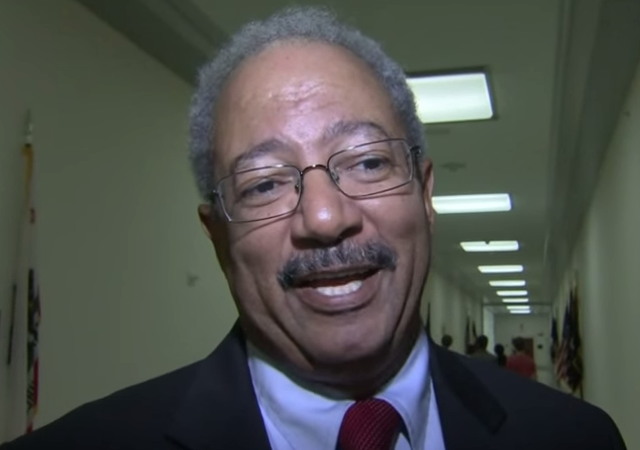 Chaka Fattah, a Democrat who represents Pennsylvania’s second district, has been charged with racketeering conspiracy alongside four other people in a case that smacks of influence peddling.

The Department of Justice announced the charges yesterday:

A member of Congress and four of his associates were indicted today for their roles in a racketeering conspiracy involving several schemes that were intended to further the political and financial interests of the defendants and others by, among other tactics, misappropriating hundreds of thousands of dollars of federal, charitable and campaign funds.

The DOJ, on the other hand, seems fairly confident in their case:

“As charged in the indictment, Congressman Fattah and his associates embarked on a wide-ranging conspiracy involving bribery, concealment of unlawful campaign contributions and theft of charitable and federal funds to advance their own personal interests,” said Assistant Attorney General Caldwell. “When elected officials betray the trust and confidence placed in them by the public, the department will do everything we can to ensure that they are held accountable. Public corruption takes a particularly heavy toll on our democracy because it undermines people’s basic belief that our elected leaders are committed to serving the public interest, not to lining their own pockets.”

I wonder how many #BlackLivesMatter demonstrators will support this criminal?

I’m shocked. He’s been getting away with this for so many years, thought he was immune to justice. There’s lots to prosecute.

There may be others out there *coughHillarycough* who believe themselves immune from prosecution, who have also pissed off Obama.

Must of pissed off obama

Yes, like Melendez did in NJ. But I don’t know how. There has to be a black political power struggle back story, I’d think.

This is white privilege at work.

He’s being charged only “’cause he’s black”.

there are still good, honest, hard-working people in law enforcement and prosecution.

I was “Chaka-ed” to learn that his parents are community organizers.

Andrew, I have become used to these types of threads having links to actual documents. Alas, no indictment to read on this one. Are you slipping or am I being unreasonable?