No reporter asked Obama about Kate Steinle at today’s presser

No reporter asked Obama about Kate Steinle at today’s presser 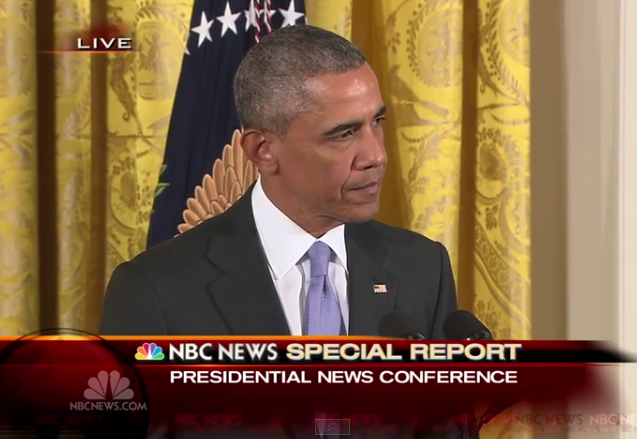 Obama has received justified criticism for not giving a statement about the killing of Kate Steinle in San Francisco by an illegal immigrant who had a long criminal record and had been deported five times.

The silence stands in contrast to Obama issuing statements and otherwise commenting on the death of Trayvon Martin, Michael Brown and others.

That criticism comes mostly from conservative media. The mainstream media has slightly touched the story, but nowhere near as extensively as other cases.

Surely, with all the criticism, at least one reporter at today’s press conference would have asked a question about Kate’s murder. 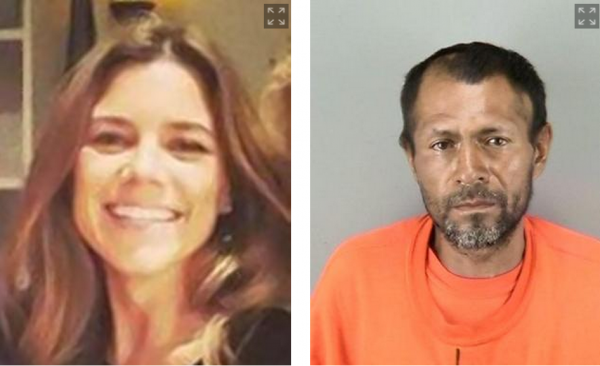 The press conference primarily addressed the Iran nuclear deal, but other issues were raised towards the end, including prison reform, revoking Bill Cosby’s Medal of Freedom, and Obama’s upcoming trip to Kenya.

Obama even reached out when the Iran questioning seemed done, which would have been the perfect opportunity for a question not addressing Iran:

Alright. Have we exhausted Iran questions here? I — I think there’s a helicopter that’s coming. But — but I really am enjoying this Iran debate.

Topics that may not have been touched upon, criticisms that you’ve heard that I did not answer, the — I just — go ahead. Go ahead.

Surely, someone could have asked Obama to comment on it.

But no one did. (Full transcript and video here).

Remember the case of Harvard Professor Henry Louis Gates, Jr. who was arrested on his porch in Cambridge, MA?

Obama jumped into that case feet first, but only when asked a a press conference, giving rise to his infamous “stupidly” comment:

It turned out (as the audio tapes and witnesses showed) that there was no racial profiling, that Gates was the one who acted “stupidly,” and it ended with a beer summit.

But why no questions about Kate Steinle today, particularly since the White House Press Secretary has obfuscated when asked about the Steinle murder?

Because for most of the mainstream media, the types who get access to presidential press conferences, the issues raised by the murder of Kate Steinle are just not important. And politically uncomfortable.

According to the “press”, Barracula wrote a PERSONAL letter to each of 46 properly convicted Federal criminals he just gave the keys to the jail.

I think that tells us about all we need to know about this puke.

Where’s proof he can write?

She should have strong armed a convenience store prior to getting shot.

They just can’t figure it out. McClatchy, one of the largest newspaper corporations in the country, had stock sitting at almost $75 a share in 2005 and now it is around a $1.05 and the market is up around 18,000.

A business model where you make every attempt to piss off over half of your customer base is an unhealthy model. But, for the classically trained professional journalists with the highest ethical standards, that is not a simple concept.

You gotta understand. Obama got the first hard question in 6 years about the Americans being held hostage that the negotiators deliberately left behind. Mind you, the reporter who asked it is now officially a racist and getting audited to a fair thee well, as are his bosses. But if they had asked him a second hard question in less than 6 years, they would have been accused of piling on.

Wait until the end of his 4th term, and they might ask him. Or not.

Irony: During a press conference, the president makes a statement on Bill Cosby’s ongoing legal troubles while at the same time the FED is refusing to produce documents in regard to a subpoena due to an ongoing criminal investigation.

He just can’t help himself. Please, can we get a president with some self-control?

No questions about the Planned Parenthood butchery either.

All of traditional America is in Obama’s free fire zone, and we must duck and cover, or wear body armor and be carrying. There will be much collateral damage as Obama and his billionaire backers fundamentally transform America, into a third world hell hole. I guess that makes global control easier for them or something.

Hordes from other countries are part of the plan, the more despicable the better, as that brings social chaos. The Obama strategists remake “minority” druggie criminals into victims of white America, who all have that KKK gene (Obama says).

Roy Rogers, Sky King, The Lone Ranger, the founding fathers, all conquering rapists at heart (per the leftist narrative). Obama’s heroes are Muslim Brotherhood Morsi, Iranian mullahs, Rev. God Damn America Wright, his drunken polygamist father, and other terrorists that he invites to the White House.

The worst part is that the MSM will keep pushing the agitprop straight out of the commie playbook, and the masses remain mesmerized and bamboozled, in TV and social media stupor. Unless they start reading conservative blogs, as things deteriorate.

Cosby may or may not be perv but Michael Jackson who is def one is a cnn hero and probably an obama fave. Doubt any alleged journo would ask obama if he would allow his two kids to spend a weekend at mj’s ranch. Andthis point there is not a Libby in the world who not agree with obama giving cos’s medal to the dead perv mj.

Any of the er’s blitzer cooper or tapper would kiss obamas butt to be the mc at the ceremony.

It’s simple, really. He is the president of “progressive” America. He doesn’t like the rest of us, or even think that we matter. In the discussion that immediately followed Megyn Kelly’s monologue in which she asked why Obama hasn’t commented about Kate’s murder, Marc Thiessen correctly observed that Obama only inserts himself in local crime matters when he can advance a progressive policy position: like gun control or pretending America’s police forces are systemically biased against blacks.

Kate was murdered BECAUSE of a progressive policy of providing safe harbor to illegal invaders, so Obama won’t touch that with a ten foot pole. If asked about it, he’ll deflect the question. Maybe he’d say that if only comprehensive immigration reform had passed as he wanted then the border would have been secure. Or her murder only happened because guns are too easy to get in America.

We may not know exactly how he would deflect the question, we only know with near certainty that he would – and there is no way he would ever admit that the progressive policy of sanctuary city status played a role in her death.

They’re completely corrupt fools. Why would they?

Actually, there were no reporters in the room. These people are democrat party operatives. Their mission is to sell the narrative or their replacements will. To expect otherwise is unrealistic in my opinion.