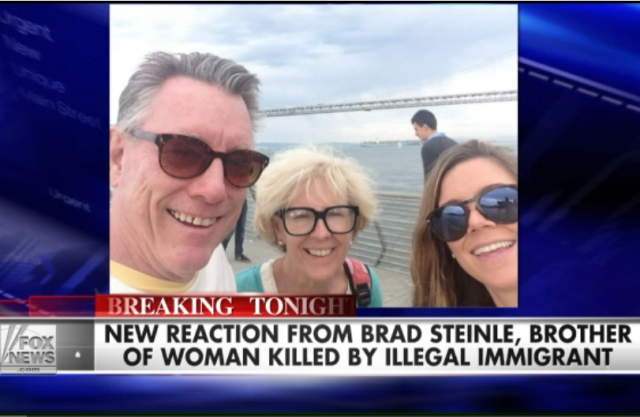 At this point, the Obama administration silence on the murder of Kate Steinle by an illegal immigrant with a long criminal record who had been deported five times is even more deafening.

Kate Steinle isn’t important to Obama. Because there’s no political gain in Obama’s base on this issue, or the issue of sanctuary cities. 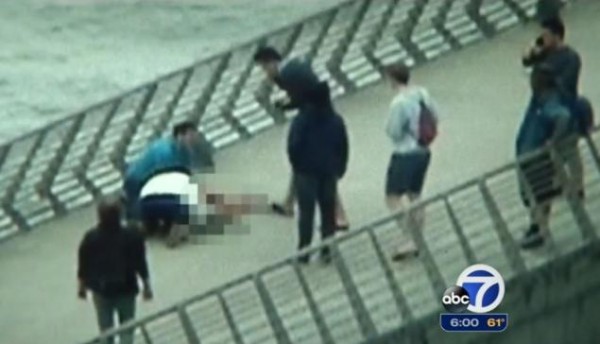 Kate’s brother spoke out on The Kelly File tonight:

The powers that be obviously don’t care. Bunch of pricks.

Steinle’s death was a statistical deviation in the narrative, which cannot be changed for light and transient causes (e.g. individual human lives, millions of “planned” babies). They are acceptable collateral damage in the pursuit of an enlightened society. The progressive ideology represents a paradigm shift from quantity of life to quality of life at any cost. This is similar but contradictory to the Judaeo-Christian path that seeks to reconciled both, but failed to prepare for the political, economic, and social consequences of converged immigration and migration patterns.

Kate’s Law should never be “ignorance is blessed.”

But, that is what Obama wants.

Amazing – Obama and the DOJ race to investigate local authorities to crush policing policies they claim are unlawful in Ferguson, Baltimore and NYC, but when the San Francisco sheriff, supervisors, and mayor and openly violate federal law, leading to the death of an innocent, no DOJ swarm, no Attorney General action, and not a peep from Obama. If Obama had a daughter she would not look like Kate. If Obama ran a city it woould look like Baltimore.

To be fair, Obama cares as much about black “daughters” as he does about Steinle. Black lives don’t matter. Neither do white lives. It’s the statistical averages (e.g. class [diversity]) that matter in order to secure a perception of environmental stability and “progress”. They reconcile individual dignity and intrinsic value according to the numbers.

When a malignant narcissist cannot play the role of hero in solving a problem the their mind then problem simply does not exist.

Reporter: Mr. President, do you have any comments on the death of Kate Steinle?

I guess Mommy Val hasn’t read him the papers about this story.

They have been very, very busy at the White House, selling out to Iran.

There might be tens-of-thousands of Kates that are snuffed out in a single, blinding flash because of the insanity of this regime.

“This is your chance to get even!” Barack Hussein Obama
Ferguson
Baltimore
NYPD Officers Ramos and Liu
There’ll be more. Barack will make sure this will be a long hot summer.

If I had a nickel…

For every time the statists have bellowed, “If we saved just one life (by restricting -insert freedom here), it would be worth it!!” in arguing for their solution to whatever crisis (death) they choose to politicize…

Shocked, SHOCKED I say, that we’ve not heard that phrase in response to Kate’s senseless murder. For that matter, we still haven’t heard squat.