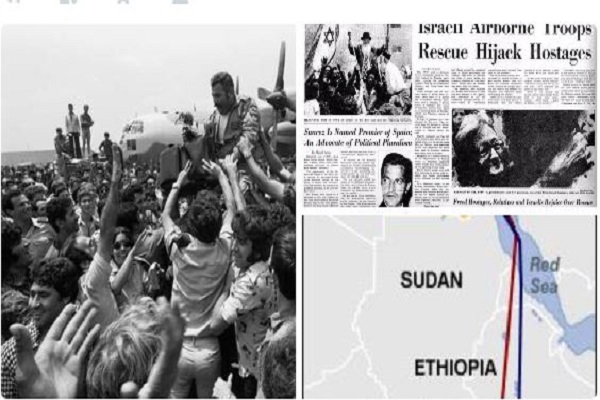 Today marks not only United States’ independence but also the anniversary of the 1976 Israeli special forces raid that freed more than 100 Israeli hostages held by the PLO in Entebbe, Uganda.

As Professor Jacobson noted in 2010, it was in this raid that Prime Minister Netanyhu, then a graduate student studying in the US, lost his brother Yonatan who had led the raid and secured the safety of all but three of the hostages and all of the Israeli operatives under his command.  A truly astonishing accomplishment.  Be sure to check out the video of the heroes of Entebbe 35 years later included in the prof’s 2011 post.

Following is the Military Channel’s documentary on the Entebbe raid and is well worth watching all the way through:

The heroic actions of the Israeli forces this day in 1976 deserve recognition, and Twitter is abuzz with commemorations:

I guess that means the US isn’t the only country that celebrates the Fourth.

One of the best birthday gifts ever! Thank you Israel!

I’m acquainted with one of the IDF soldiers who participated in the raid. It was a daring and glorious thing, but at the high price of losing Bibi’s brother and three hostages.

They upstaged our bicentennial. Not at all considerate.

Along with the Six Day war of June 1967, this was the Jewish peoples finest hour.