Wounded Syrian on way to Israeli hospital “lynched” by Druze

Wounded Syrian on way to Israeli hospital “lynched” by Druze

Anger over attacks by Jihadis in Syria against Druze community spills over.

On May 25, 2015, I reported on my visit to Ziv Hospital in Safed (Tsvat), Israel, where people injured in the Syrian conflict were being given medical care, Meet an Israeli Doctor Saving Syrian Lives and Limbs:

When the military does bring a wounded person to Ziv, the person is treated as any other patient….

A total of 490 Syrians have been treated at Ziv, under a status of “humanitarian life saving aid.” They are not treated as refugees under this status. Nintey percent are males, 17 percent have been children, and on one day in February 2013, 7 patients arrived in a single day. 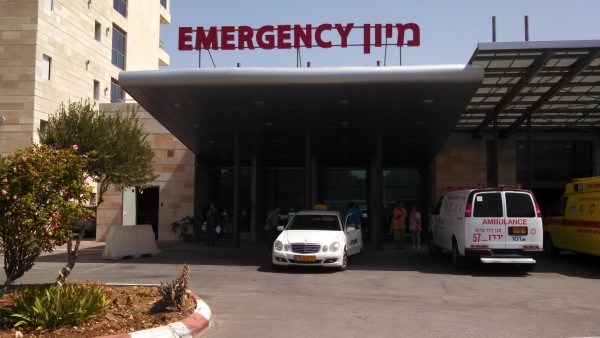 These treatments are not sitting well with Israel’s 130,000 person Druze community, particularly on the Golan Heights, out of concern for attacks on Druze in Syria by al-Qaeda linked groups. The concern is that the over 700,000 Druze in Syria, who have stayed out of the fighting but also have been protected by the Syrian government, will be slaughtered by Jihadis.

Druze in the Golan Heights generally do not serve in the IDF or accept Israeli citizenship, mostly because of relatives still in Syria and fear that the villages may someday be given to Syria as part of a peace deal.

The Druze community elsewhere in northern Israel, by contrast, has the highest enlistment rate of all religions in Israel (higher than Jews), and are very loyal to the state.  The commander of the elite Golani Brigade, for example, is Druze, and the Druze have their own military unit in the IDF (though that is being phased out because most Druze recruits do not want to serve in a separate unit.)

So the claim that the patients being transported to Ziv are al-Nusra or other Jihadis set caused attacks on two ambulances. The lesser of the attacks caused damage, but an attack by Druze on the Golan Heights resulted in the death of one of the Syrians.

An Israeli military ambulance transporting wounded Syrian fighters for medical care in the Golan Heights was violently attacked by local Druze residents on Monday evening, killing one of the Syrians.

The incident was the second such attack in a day. Israeli media reports characterized the attack as a lynch.

The two Syrians being transported were brought into the country in serious condition and were then further hurt in the attack. Police said one of the fighters died of his wounds and the second man was in critical condition.

Two Israeli soldiers were also lightly injured in the incident.

Netanyahu called on leaders of the Druze community, “a splendid community with whom we have a brotherly bond, citizens of the State of Israel,” to push for calm and to entreat their coreligionists to “respect the law, respect IDF soldiers and not take law into your hands.”

The incident could backfire, if the goal was to get Israel to help Druze in Syria, writes Avi Issacharoff:

The brutes who lynched a wounded Syrian in cold blood near the northern Israeli village of Majdal Shams on Monday night almost certainly shot their Druze brothers across the border in the foot.

Not only did the perpetrators of the act severely tarnish the image of the Druze community and weaken Jewish Israelis’ feeling of concern for members of the persecuted minority in Syria, the lynchers also likely offered Sunni extremists in the war-torn region an excuse to avenge the killing of a man who was, at least according to the Druze and the Syrian regime, a fellow Sunni fighter.

Thus the same Druze men and women in the Golan Heights and in the rest of the country who have in recent days attempted to mobilize Israeli officials to take action in order to rescue the Syrian Druze from the impending disaster and revenge killings by jihadists may have ended up encouraging the extremists to go off on their own murder sprees, thus signing a death warrant for their cousins in the Syrian Druze village of Hader.

I’m reminded of what Prof. Alexander Lerner, head of the orthopedic surgery unit at Ziv Hospital, and an expert on limb wounds, told me:

Were the men combatants or civilian casualties?

I don’t think it matters to the medical staff at Ziv.

“Saving lives and limbs” is the goal, according to Prof. Lerner.

If only it were that simple.

UPDATE 6-26-2015: Israeli Channel 2 obtained video of the attack. The Times of Israel describes the video:

One man in particular, wearing jeans and no shirt, can be seen bringing down a wooden board over and over onto one of the Syrians on the ground.

On Thursday, police said they arrested three more suspects in connection with Monday’s deadly attack, which was the second outburst of violence by the Druze community angered by rumors that Israel was aiding jihadist rebels that day.

The Sunnis need no excuses to murder innocents.