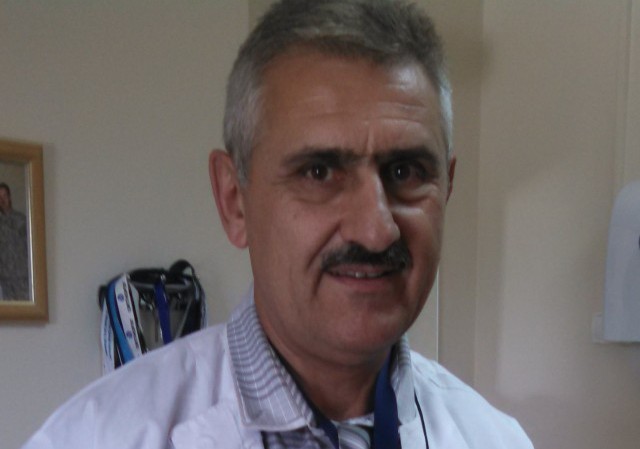 Yesterday I reported on the Haifa Bus 37 suicide bombing in 2003, and how I stumbled on the Memorial during my first full day in Haifa.

Today was a travel day that took us even further north, to the Lebanese border. I’ll have a report in the next couple of days on the extraordinary story of a child survivor of another bus bombing, and the unexpected recent twist in his life some 45 years later.

Now I report on a different aspect of terror, and the extraordinary Israeli humanitarian effort.

I traveled to the Ziv Medical Center in Safed (Zefat), Israel. Ziv is the major trauma center serving the northestern part of the country from the Upper Gallile to the Golan Heights. 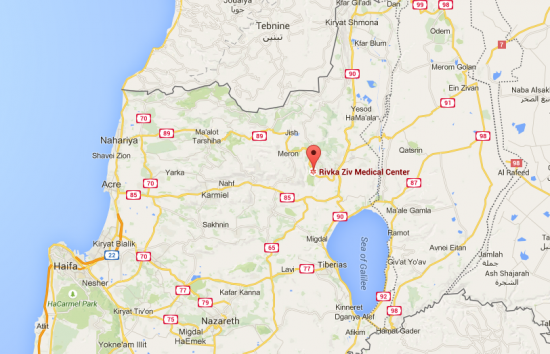 Because Ziv is only 11 kilometers from Lebanon, Ziv was targeted by Hezbollah rockets during the 2006 Lebanon War. It has undergone, and still is undergoing, a process of creating reinforced operating room theaters and patient facilities to protect against future rocket attacks.

Ziv is only 30 kilometers, a 40 minute drive, from the Syrian border.

When the military does bring a wounded person to Ziv, the person is treated as any other patient.

A recent report updated the news of treatment being provided by Ziv:

During my visit, I had a chance to meet with Ziv’s Director of International Relations, Linda Futterman, who provided me with some information on the Syrian patient treatment. Eleven Syrian children have been born at Ziv. The expectant mothers somehow made their way to the border, and were brought to Ziv. They come alone, without any other family members, and are returned when medically safe with baby packages donated by the local community.

A total of 490 Syrians have been treated at Ziv, under a status of “humanitarian life saving aid.” They are not treated as refugees under this status. Nintey percent are males, 17 percent have been children, and on one day in February 2013, 7 patients arrived in a single day.

The Syrian patients present a significant financial burden on the hospital. Unfortunately, Ziv does not have an easy manner to raise funds from the public. Donations can be made to the 501(c)(3) Friends of Ziv Medical Center, Inc.. I suggested a GoFundMe or similar portal, something I hope they will look into. 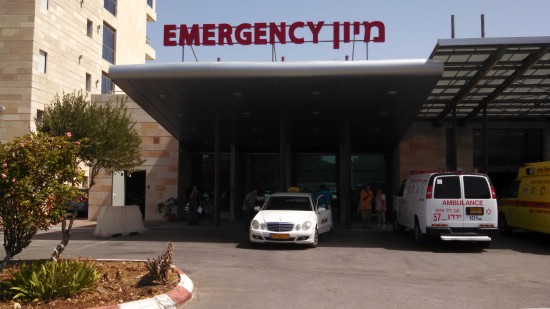 Prof. Lerner immigrated from Belorussia about 25 years ago. His medical specialty, in his words, is “limb salavage” and severe trauma.

While the Ziv effort obviously is a team effort, Prof. Lerner is one of the leaders of the surgical team. He explained to me that almost all of the injuries they see are war related, and almost entirely blast and shrapnel wounds. These present serious challenges for the medical staff, far beyond bullet wounds.

Dr. Lerner is an expert in such traumatic wounds, having published two books on the subject, which he showed to me: 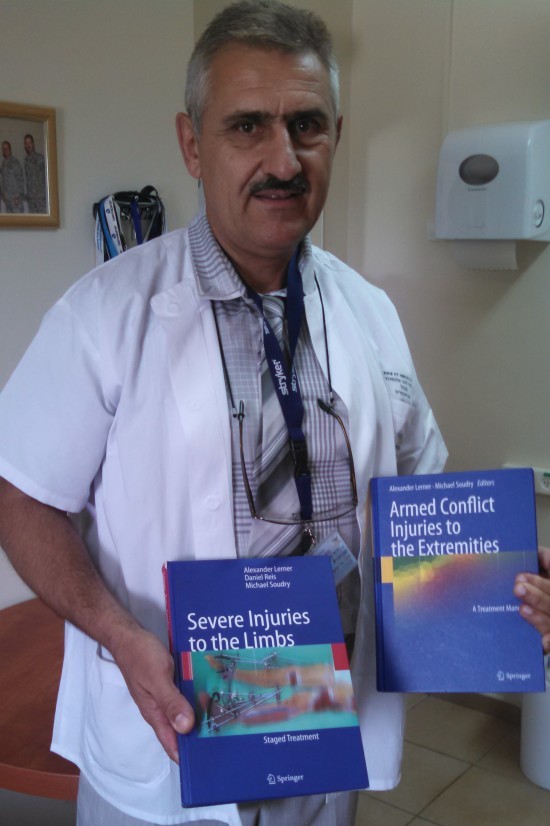 Prof. Lerner has had great success saving limbs which under ordinary medical circumstances would result in amputation.

But it is costly to the hospital because the patients often stay so long in the hospital whereas under other circumstances they would be released and return for follow up.

Treating potential combatants has its tensions, according to Israeli i24 News:

According to sources at the Ziv Hospital in the town of Safed, wounded members of the more militant rebel factions are hospitalized in isolation and are not allowed visitors. Some are handcuffed to their beds.

The sources told i24news that the enmity between the various factions is felt in the hospital too: the wounded do not talk to each other even though they sometimes lie side by side.

[added] Fetterman from Ziv disputes i24:

I have no idea where their information came from, but it’s incorrect. The only Syrians who have been in isolation are those with severe infections with unknown bacteria. There have been very few, I would say less than 10. NOT ONE SYRIAN has been handcuffed to their beds. The only people handcuffed to their beds are Israeli prisoners from nearby prisons who are treated in Ziv.

Ziv and Dr. Lerner have received some recognition for their work, including from visiting politicians. I noticed this photo on the wall of a visit by Senator Ted Cruz: 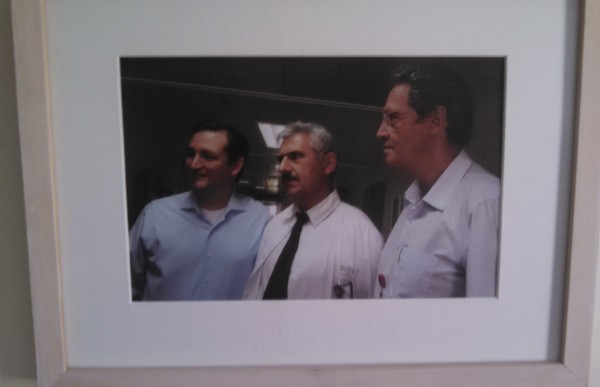 There currently are five Syrians at Ziv, including four males I would estimate to be in their twenties. I saw the men, but because we did not have prior military clearance, I could not interview them

Were the men combatants or civilian casualties?

I don’t think it matters to the medical staff at Ziv.

“Saving lives and limbs” is the goal, according to Prof. Lerner.

It should be noted that the Israeli Arab Druze and Christians serve in these border hospitals as well.

The UN, of course, has condemned Israel, and only Israel, for alleged medical treatment violations.

These Israelis! What a people! God bless Israel and her people for their khesed to those who are enemies.

As an added bonus, my first 2 grandchildren were born in Ziv as my daughter lived in Kiryat Shmona (even further north, up in the Galilee “Panhandle”, right on the border). The maternity care was excellent.

Israel is a wonderful nation.

I suppose you have read of the UN’s version of things?

”
UN casts Israel as worst violator of health rights in the world.

GENEVA, May 20, 2015 – As Israeli hospitals continue their life-saving treatment for escalating numbers of wounded Syrians fleeing to the Golan from the Assad regime’s barbaric attacks, the U.N. reached new heights of absurdity today by accusing Israel of violating the health rights of Syrians in the Golan.

By a vote of 104 to 4, with 6 abstentions and 65 absent, the Jewish state was the only country in the world to be singled out as a violator of health rights when its alleged victims were spotlighted by the annual assembly of the U.N.’s World Health Organization.
…
Most absurd of all, though, was that today’s text falsely claimed a dire need for “health-related technical assistance” for “the Syrian population in the occupied Syrian Golan” — who in fact have excellent treatment — and said nothing about the Syrian population being slaughtered in Syria.
…
Unable to deny Israel’s medical treatment of wounded Syrians, the regime concocted another plot: Israel deliberately heals regime opponents so that they can “resume their subversive terrorist activities directed against the country’s peaceful citizens and its infrastructure.”

Take a look at who voted against:
”
Votes against: Australia; Canada; Israel; United States of America.

”
As for the rest well what can one expect.