What do Americans want from King v. Burwell? 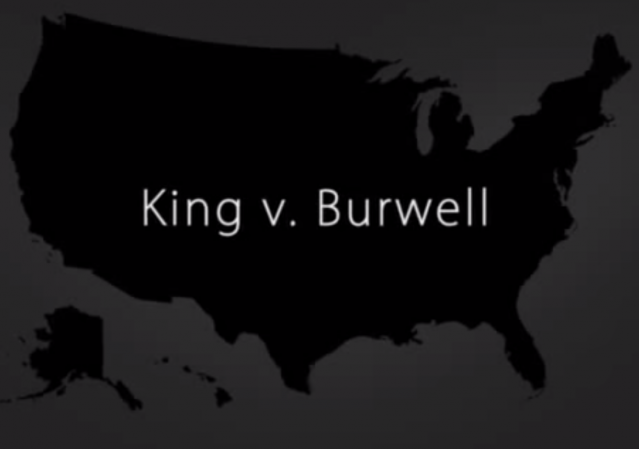 Think tanks, policy wonks, legislative staffers, and politijunkies are eagerly awaiting the Supreme Court’s ruling on King v. Burwell. As for the rest of the country, most have clue why this case is so crucial.

John David Danielson of The Federalist addressed this issue Thursday:

According to a new poll by the Kaiser Family Foundation, 7 in 10 Americans have heard little or nothing about King v. Burwell, the U.S. Supreme Court case that will, any day now, decide the fate of Obamacare’s health insurance subsidies for millions of Americans. Yet 63 percent of those surveyed also say that if the court rules against the government, Congress should act to keep those subsidies in place.

Got that? The vast majority of Americans know almost nothing about this case, but 63 percent have an opinion about what Congress should do in response to a ruling that carries certain policy implications.

Thanks for nothing, Media.

But what about those enrolled in Obamacare? The Foundation for Government Accountability surveyed voters enrolled in a federal exchange heath care plan. Obamacare customers do think Congress should act to change the law, but not for the same reasons as the general respondents surveyed in the Kaiser Family Foundation poll.

Overall, the enrollees reported a less-than-positive ObamaCare experience: a majority of them have seen their premiums and out-of-pocket costs increase or remain stagnant. Likely compounding this negative sentiment, the poll found that a large majority of enrollees were forced into the exchange while only a small number joined voluntarily.

If the Supreme Court strikes down the ObamaCare subsidies in federal exchange states in its decision later this month, the majority of enrollees want Congress to make broad changes to ObamaCare (even more so than the general population), not just for their own benefit, but changes to benefit all Americans. Enrollees blame Congress, not the states, for the potential loss of their subsidies and expect Congress to cleanup the mess they have created. These attitudes largely transcended party lines.

Overall, exchange enrollees are politically diverse, but enrollment in ObamaCare has not pushed them to the left. While enrollees tend to lean Democratic, they appear to be up for grabs in 2016.

Yet another survey conducted by the FGA in federal exchange states found that 49% of voters polled believed Obamacare hurt the nation, and that 46% believe Congress is to blame if Obamacare subsidies for federal exchanges are thrown out by the Supreme Court. Similar to the Kaiser Family Foundation findings, 63% would urge Congress to make changes to Obamacare, and 75% want changes made to help everyone, not the few benefiting from the law as its currently written.

Both data sets highlight a broader issue that one of the FGA’s surveys touched upon — Obamacare doesn’t benefit (or harm, depending on your view) all Americans equally.

This survey is a good indication of how deep the welfare state mentality has weakened our society.

Obamacare had no business being enacted or being upheld. It is another attempt at Europeanizing America.

At its inception there was no in-depth exploratory due diligence by the Democrat Congress. There WERE billable seminars held by con-artist Jonathan Gruber: “How to deceive the gullible public”.

There was no due diligence by a certain SCOTUS justice who declared the Constitution’s Commerce Clause to be a proxy for a health care mandate; a mandate became a tax fine and therefore mandatory redistribution of private property by Big Brother.

Scrap Obamacare and get government out of people’s lives. We will then have untaxed monies available wherewith we can purchase health care at known prices in the free market w/o government or health insurance companies.

The Obamacare mandate has only served to expand government bureaucracy. Oh, yes, there is “coverage”, but there is no corresponding amount of health care. It was never for the people. It was only for legacy politics at the moment.

One of the most dishonest aspects of the whole sordid mess is how Democrats have kept conflating “coverage” on paper with “care” by skilled and competent practitioners. If the document says you’ve got “health care,” you’ve got health care, by golly! The bizarre part is that maybe they don’t even know the difference.

They also regularly overlook the obvious fact that services with a moderate cost become more costly when a third party — whether an insurance company or a government agency — is interposed between the provider and the recipient. Not only that: they claim that funneling those expenses through the intermediary (which of course takes its cut) makes the services “free”!

Ah, yes, are laws to be what is written or to be what a human wishes it to be?

Will that old term, “Black Letter of the Law,” become a totally meaningless statement or will it have meaning?

Maybe good old Louis 14 is lurking nearby, waiting to ponce upon a waiting nation, eager to accept his views on everything?

I have no doubt that the Progressive wing of the GOP (nearly all of them, it seems) is plotting a strategy for how it will “fix” Obamacare in the event that the Supreme Court rules that “established by the state” means exactly what it says. Boehner and McConnell will probably draft another 2700 pages to make it say “established by any state, Federal government, or UN agency.”

The conflation of health insurance with health care by low information voters isn’t helped by headlines like this.

The upcoming Supreme Court decision has nothing to do with health care, either “giving it” to people or “taking it away” from people.

It’s about health insurance, and who is entitled to taxpayer-funded subsidies (i.e. welfare) to help them pay for it.

The ACA is about health insurance, not health care, but when even the LI blog has bought into the meme that it’s about “giving us [or denying us] health care“, I think I’ll just give up and accept that we’re pretty much doomed. The ACA has ensured that the Free Stuff Entitlement Army now outnumbers the rest of us, and I don’t see any good way out of it.

The GOP has no intention of repealing Obamacare. That’s just something they say before elections now. They hope for SC help in damaging it so they can ‘fix’ it and claim the credit. The Dems have already passed out the candy (Obamacare subsidies). The GOP will not take that candy away – they’ll just try to maneuver thmselves into getting the credit for it.