Attempted Murder Charge for Man Who Shot at George Zimmerman

Attempted Murder Charge for Man Who Shot at George Zimmerman 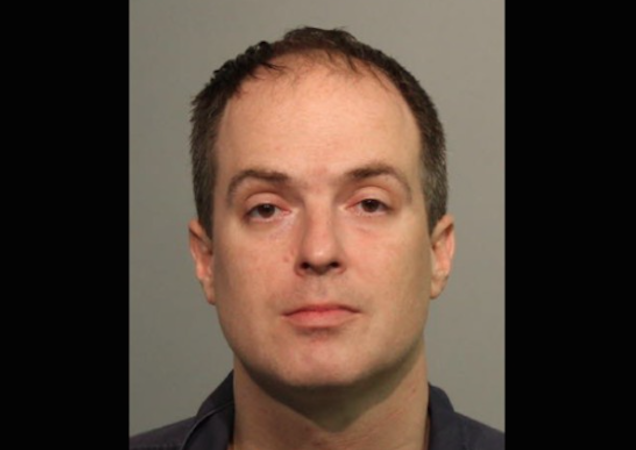 Matthew Apperson, the man who tried to shoot George Zimmerman through the head last month, has been charged today with attempted murder (FS § 782.04), shooting into an occupied vehicle (FS § 790.19), and aggravated assault with a firearm (FS § 784.021), according to CNN.

These charges also make Apperson vulnerable to sentencing under Florida’s 10-20-Life law (FS § 775.087), with a mandatory minimum of 20 years served consecutively with any other sentences.

State Attorney Phil Archer appears confident about the charges filed, but Apperson’s attorney, Michael LaFay, continues to argue that his client shot at Zimmerman in self-defense:

“Our law enforcement community and the State Attorney’s Office works vigorously to ensure people may travel our busy streets, going about their business, without fear. Every resident and visitor to Seminole County deserves this freedom,” said State Attorney Phil Archer.

“My reaction to these charges is a pronounced shrug,” Apperson’s attorney Michael LaFay told CNN. “I’ve reviewed the charges and they don’t change the facts. The prosecutors have put their heads together and tried to contemplate what could be the most serious charges, but that doesn’t really change anything. This is a case of self-defense.”

Apperson has a track record of bizarre behavior in general and a fixation on Zimmerman in particular, as noted in our previous posts on this subject:

Zimmerman Shooter Out on Bond, Turns in Guns

Officials have launched an investigation into Apperson’s overall mental health:

Apperson’s arraignment is scheduled for June 23.

Attorney Andrew Branca and his firm Law of Self Defense have been providing internationally-recognized expertise in American self-defense law for almost 20 years in the form of blogging, books, live seminars & online training (both accredited for CLE), public speaking engagements, and individualized legal consultation.

Mentally inflamed by the high-irritation Obama Era Social Media (OESM) which is the superset of Web 2.0 social sites and the major media, no doubt.

He sort of reminds me of Steve Carell’s DuPont character in Foxcatcher.

Oooooh. I like that. I’ll have to make a note of it.

Well that’s good news. I was worried the court would come up with some kind of “No harm, No foul” ruling. And I bet the mental health exam reveals substantial problems.

“This is a case of self-defense.”

Well, you make bricks out of dung when that’s all you’ve got.

And that’s all he’s got.

Note that he’s not uttering the words “insanity”, because he knows that won’t fly, either.

To me it sounds more like he is of the opinion that since it was Zimmerman no jury will ever convict his client.

I bet before it is over they do try for an insanity plea.

Well, if he is a registered Democrat and I was the judge, I might consider that a valid argument.

To me it sounds more like he is of the opinion that since it was Zimmerman no jury will ever convict his client.

Yet it was a jury drawn from that same pool of local citizens who acquitted Zimmerman in the murder of Trayvon Martin. The idea that all of Seminole County is just out to get Zimmerman doesn’t really comport with the facts so far.

I agree with Rags. The defense lawyer is just doing his job, grabbing at any straw to try to present as plausible a defense as he can for his client. He obviously thinks that the “self defense” gambit is his best shot (and knows that an insanity defense in Florida has no likelihood of succeeding in this case). He’s doing what he can, with what he has. It’s not really his fault that what he has is so lame.

Nice, now let me turn over to the lame stream media and see what they have to say about this……..yep, all I heard were crickets.

Somebody needs to give ‘attorney’ Michael LaFay a copy of The Law Of Self Defense.

I’m told “The Law of Self Defense” makes an excellent Father’s Day gift.

I’ve heard. Not quite that brave, myself.

She would claim justifiable homicide…

And the jury would acquit.

Dude, you are shameless, lol.

WTF? Somebody did not get enough attention from mommy? This guy is quite the “assassin”

I wonder what happened to NeJame?

Nothing, I imagine. The lawyer who spoke for Apperson, LeFay, is a partner in NeJame Law.

Why is “shooting into an occupied vehicle” a crime? Isn’t that adequately covered by attempted murder or aggravated assault?

Shooting or throwing objects into a moving vehicle is one of the most dangerous crimes I can think of. Not only are you endangering the driver, passengers and yourself, you are apt to kill any number of people around the range of the vehicle. IT is potentially mass murder. I consider him a domestic terrorist. He doesn’t care who he kills in his mental state. Throw the book at him. Stack those charges. His family has enabled him so lock him up.

Can we stop using the term “domestic terrorist” to describe anyone who commits a violent crime? A terrorist is someone who uses violence or the threat of violence in order to advance a political agenda.

Yes. It is quite plausible that it was political for him.

Frankly, quite a lot of obvious terrorism has at least as flawed planning for success.

The theoretical underpinning for random terrorism is from communism and is essentially ‘tick people off, then we win’. This magical thinking is easily debunked, but is still a standard assumption in our intellectual culture.

I tend to consider the 1921 Tulsa race riots an act of political terror, so maybe I’m also overly free with the term.

I’m neither surprised nor shocked at the plutonium grade ignorance out there on social media over this. “Karma” “Too bad he missed” “Zimmerman got away with murder” “A crazy guy shot GZ? I thought you were talking about Trayvon”

I know it’s like poking a caged animal with a stick but I just kindly remind the social media morons that a jury acquitted him of all chargers, and to the more racially charged comments, I remind them that Obama’s Justice Department under Holder found no wrongdoing. (Then they just call me vile names.)

Alinsky School of Community Organizing relies heavily on name calling in their “freezing” tactics. Make the “name” the person rather than anything else, and blacken that name with a ready fire-hose of casual off-hand slander that media operatives trains the mob mind to rely on in place of thought, thoughtfulness and research. The politics of mob irritation.

You even see it at play here on this forum at times.

Really? This comment has nothing to do with the subject matter. People here do not use Alinsky methods, unless of course they are people who write stupid things… your comment is an example of what I mean about stupid things.

Really? Beyond rudeness what have YOU added with that remark?

Zimmerman’s image as a white black hating gun-toting killer and wanna-be cop was “frozen” in a perfect example of Alinsky’s “freezing” tactic. Frozen by the media and the US DOJ and their cadre comrades in media and in the legal system. It remains frozen to this day. This man, Matthew Apperson, was most likely acting it response to that that “frozen” image.

The whole set-up, the uproar about Zimmerman, the overwrought horror at the killing of a young black teen was designed to be socially divisive. Pure Alinsy community organizer tactics.

Now Zimmerman’s live is clearly at risk by those who recklessly defame to achieve political goals and increase their standing in their chosen social group.

Aussie, what social group here on LI are you trying to gain the favor of by foolishly trying to knock my post down, eh?

First paragraph, accurate. Second paragraph: Those using such techniques are usually disagreed with by the majority.

Angela Cory, with the strong urging of Al Sharpton, will force the dismissal of all charges. The left considers Aspersion a hero.

Angela Corey has nothing to do with this case. She is the State Attorney for the 4th Judicial Circuit up in NE Florida.

This crime occurred in the 18th Judicial Circuit. They have their own State Attorney down there.

Isn’t Judge Chris Farley assigned to hear the case? She will probably rule that since GZ is a public figure it’s OK to shoot at him.

This is the same judge who presided over the hearing which acquitted George Zimmerman of murder in the Trayvon Martin case. Justice prevailed in that case; why do you doubt that it will in this case?

First and foremost, it is a joke and secondly she dismissed the NBC lawsuit because she said George was a public figure. Relax.

Of course GZ was a pubic figure, after NBC made him one, so no defamation. SMDH, in the parlance of our times.

That ruling, much like every other ruling that she made that was challenged during the case, would have been quickly overturned if Zimmerman had decided to challenge it. He was made a public figure, that criteria is supposed to apply to those who chose to be a public figure.

As far as I know it is Debbie Nelson who has been assigned to the case… I am not certain about Debbie, but she has insisted that this nutcase wears an ankle bracelet.

Self-Defense is “Plan A”
When it becomes obvious that this is a loser, it will go to “Plan B” – which is to plea “I’m nuttier than a Christmas Fruitcake.”

An insanity defense takes some tall ground-work, including powerful experts. Those have to be disclosed in discovery, and they don’t just spring up overnight.

If they were thinking along those lines, it may be too late already, depending on the court’s docket control.

Matthew Apperson will be acquitted of all charges. His self defense claim is valid.

As always thanks M1 for giving us the delusional view from mom’s basement.

If there is ever a case of someone deserving of having the “book thrown at them”, it is Matthew Apperson. He is what happens when the deranged, activist Left spreads lie after lie after lie about George Zimmerman. I’m quite sure Mr. Apperson thought what he was doing was curing a social ill by nearly murdering Mr. Zimmerman. (As an aside, Trayvon Martin was “activiated” by cultural rot brought on by years of “progressive” policies. Think about that.) If not Apperson, someone was going to flip-out and go off-the-rails.

Make no mistake, this is what the Left in America want; they have the ability to activate their deranged fellow travelers as “soldiers” in the culture war. Make no mistake, it is a war because the Left sees it in those terms even if we independent, conservative, Tea party, Republican, apolitical, or otherwise do not.

Not that I think it will happen, but how far will the Left’s base go if the Supreme Court upholds traditional marriage and/or some semblance of religious liberty. Or, god willing, President Ted Cruz and a Republican-controlled Congress repeal Obamacare and other parts of Obama’s “legacy”. What we saw in Ferguson, MO, in Baltimore, MD, and in the case of Matthew Apperson is only the beginning.

Really? You are as delusional as Matthew Apperson. Lay off the drugs for a while.

I’m grateful to George Zimmerman for drawing and holding the attentions of all these dickheads and nutjobs. It isn’t fair to George, but it’s OK, because I’m not him. I think Florida ought to issue him an AR-15 and body armor so he can handle these leftist social vermin on his own, save LEO and court costs. Florida could even pay him a bounty for each sad sack would-be assassin he nails.