Not speaking truth to power 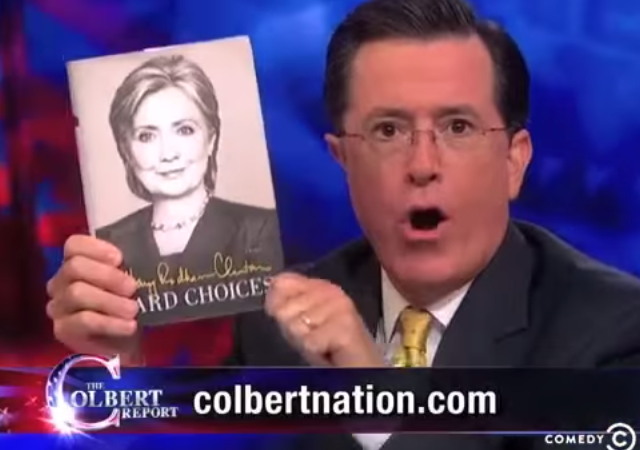 Many people have written about our media which, with few exceptions, has become an arm of the Democratic Party. The other casualty of this era is the world of comedy.

Last year, I wrote about it in a piece titled Cowardly Comedy in the Age of Obama.

Little has changed since then. Most American comedians seem to have no problem speaking truth to power when Republicans are in charge but have found themselves unable to do so for the last seven years. It’s obvious that many of these same comics are hoping to carry their sad act into the age of Hillary as well.

David Rutz of the Washington Free Beacon put together the informative reel below which shows the lopsided treatment the left gets from America’s court jesters.

Of course, there are consequences for all of this.

Yesterday, I posted a story on College Insurrection which is nothing short of stunning. According to Jerry Seinfeld, many comedians are deliberately avoiding American college campuses because they’re too PC.

Maybe it’s comedians themselves who are partly to blame for this.

All the real comedians are dead except for Bob Newhart.

Mostly all you’ve got is a bunch of bleached aspholes essentially doing the same schick targeted at people who are NOT their clubbing audiences.

It’s especially laughable when comedians try and claim they tell an ‘equal’ amount of jokes about both parties.

Like they’ll claim they told 100 Obama jokes and 100 Romney jokes.

Then you look at the jokes and their Obama jokes were things like, “Obama is so amazing that he actually shits pure diamonds”, while their Romney joke will be something like, “Romney wasn’t content with just killing puppies. He bought another puppy to rape them and THEN killed them”.

Look how balanced he was! He told 1 Obama joke and 1 Romney joke!

at the end Seinfeld says “the topics I can’t make funny you don’t hear”. But then he also says “don’t go to colleges because they are so PC”.

So maybe he can’t make some subjects funny because they emote hate when they skewer PC Religion, as students have no tolerance or awareness. But jokes that assault religious tradition are hilarious to the PC crowd, even if it’s an ugly joke about Palin’s last child. Because those “jokes” are also based in the PC intolerance, but targeted “correctly”. Harmful lies about traditional America are “PC funny”. Maybe Seinfeld doesn’t do those idk, but they dominate many spaces.

Jon Stewart’s whole schtick is taking some conservative comment out of context, or some grammatical flub, and mocking the person for being an idiot, hating women, hating the poor, etc. Then they hit the laugh sign, and the audience responds like trained seals. It’s just political sabotage, but his ignorant audience is made to FEEL brilliant and edgy.

And Stewart and talk shows are the only take many ever get on the news. But it is not real news, it is an unfair joke (attack) based in the leftist spin, only vaguely related to the real news. So people mock the FOX listeners that don’t believe man’s CO2 drives climate, but the extent of their scientific knowledge is “climate change is real, man, Bill Nye said so”. Stewart has at rare times gone after Obama’s most blatant hypocrisies, but always very gently, and often with a dose of “but Republicans are SO much worse” moral equivalence.

Recall that during Obama’s first term there were comedians saying they couldn’t do Obama jokes because he was just too gosh-darned perfect to give them any material. The really freaky part is that they were probably completely sincere in believing so.