The “Good” Samaritans of Mount Gerizim

The “Good” Samaritans of Mount Gerizim

To Samaria and back, again. 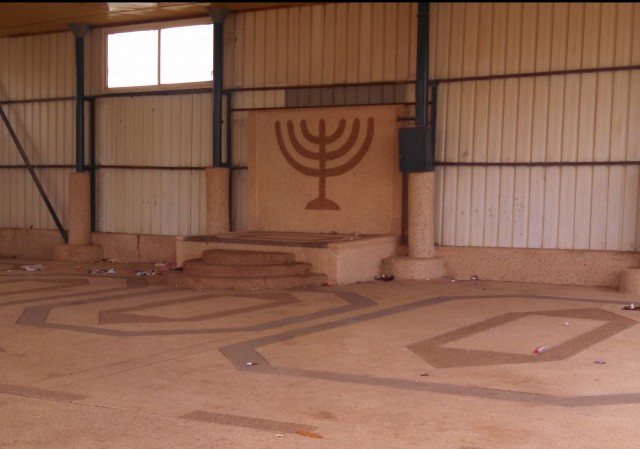 In 2013, I traveled extensively in Samaria. You can find photos and description of that travel here, To Samaria and back.

On Friday, May 29, 2015, I traveled to Mount Gerizim and the Samaritan community, on a high peak in Samaria. 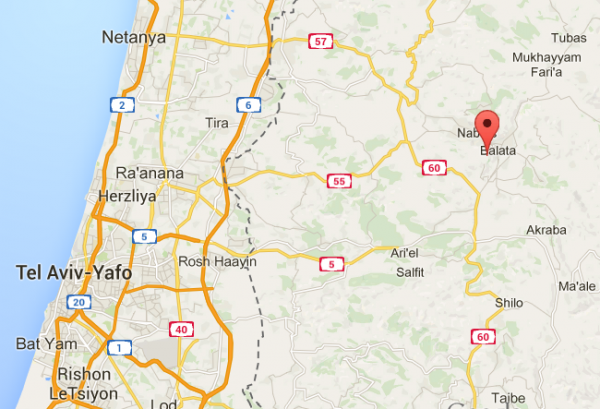 Mount Gerizim overlooks the city of Nablus and the Balata refugee camp, and contains ancient ruins of the original Samaritans (the Islamic style dome is not part of the original ruins): 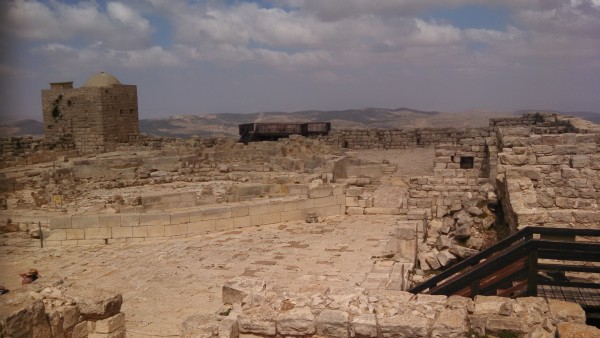 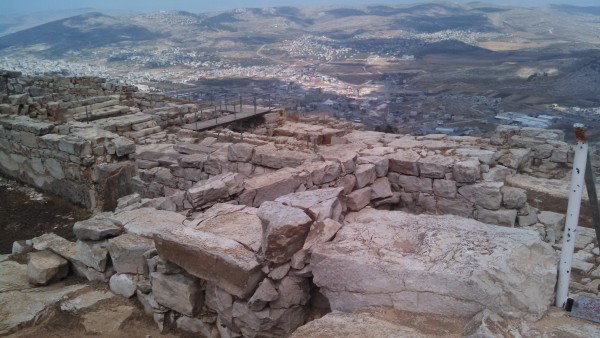 Samaritans are descendants of the ancient Israelites who broke from Judaism some 2,200 years ago and were centered mainly in and around the region of Samaria — now a part of the West Bank.

Even today, many people associate the group with the parable of the “Good Samaritan” from the New Testament, and the term is often used to describe a person who helps another unselfishly.

In modern times, as they try to maintain their distinct cultural identity, the Samaritans find themselves caught in the middle of the decades-long conflict between Israelis and Palestinians….
Their community numbers less than 700 people and is split almost evenly between the Palestinian controlled area of Mount Gerizim in the West Bank and the Israeli town of Holon near Tel Aviv.

The Samaritans are Israeli citizens and recognized as Jews according to the law of return. Yet, those who live in the West Bank also are represented in the Palestinian legislature. Palestinians commonly refer to them as “Jews of Palestine.” Overall, they seek to maintain neutrality between both sides.

As a people, they are united by a common religion, tradition and language. They are one of a few remaining cultures that speak, read and write the ancient Hebrew language Aramaic.

The Times of Israel had a 2013 profile of the community, its flight from Nablus during the First Intifada, and the ritual animal sacrifice that it part of its religious ceremony. 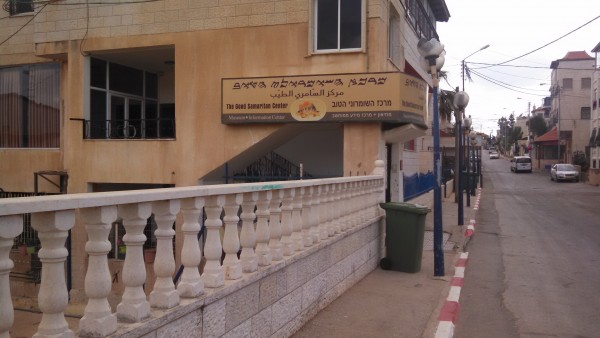 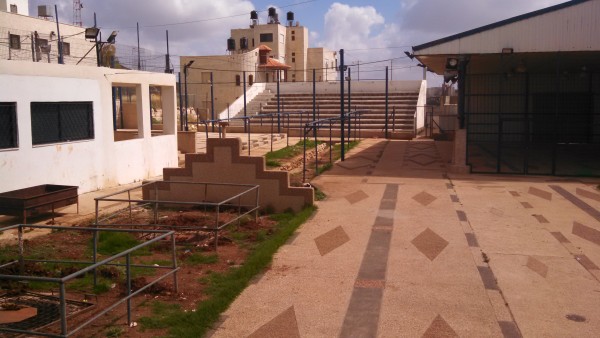 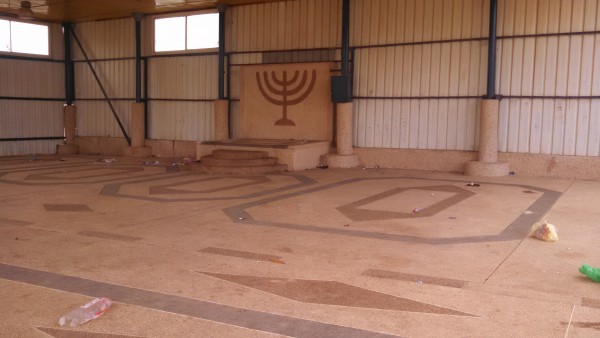 We also returned to visit with my friend from Moscow days, at Barkan.

Barkan is a small (1,200 people) settlement a few miles beyond the 1949 armistice line, near the larger town of Ariel. An archeological site east of the town contains remnants of an Israelite settlement during the time of the first and second temples.

Barkan sits on a hilltop, like all of the settlements I’ve seen in Samaria do, detached from nearby Arab villages. You can find community photos of Barkan here. 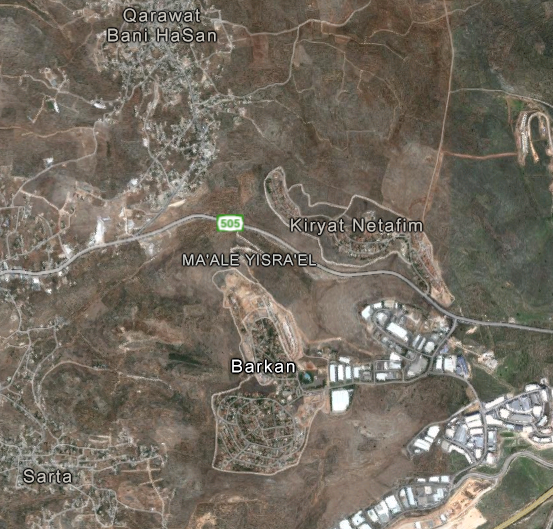 [Barkan and nearby villages]

The satellite image doesn’t really reflect how detached Barkan is; the Arab towns sit in the valley below.

When I visited in 2013, the last ring of homes was just under construction: 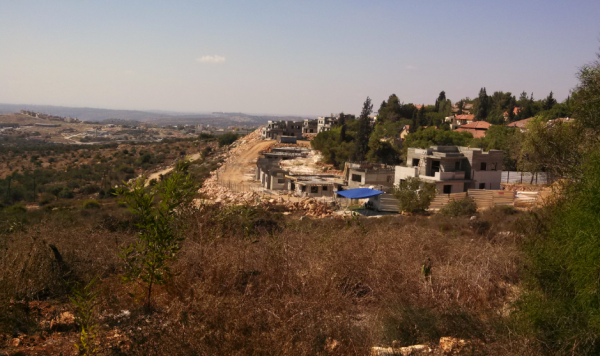 Now the construction is completed: 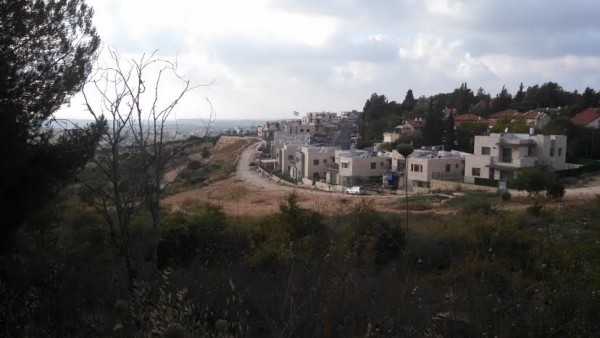 On a clear day, from Barkan you can see the entire coastal plain containing most of Israel’s population, including Tel Aviv in the far distance and planes heading into and out of Ben Gurion Airport. We were there on a hazy afternoon, so the best I could do with my cell phone camera looking West into the sun was this photo, showing the Tel Aviv skyline and Mediterranean Sea on the far horizon through the haze: 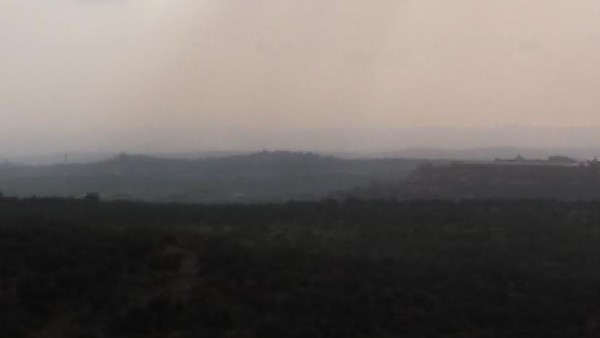 The strategic value of the Samarian hills is obvious. Imagine a “Gaza” in the hills overlooking Israel. I said of it in my 2013 post:

Putting aside the biblical connection to these locations, it’s hard to imagine Israel ever giving up the strategic high ground on which some of these settlements sit. If Israel did give up the high ground, it would do so at its own security risk.

Then it was to Ra’anana, a town just north of Tel Aviv with many English-speakers, and then to the our beach hotel in Tel Aviv. All within (gun)sight of the hills of Samaria.

Additional posts: You can read all of my posts for my 2015 Israel trip here.

Wonderful, Professor, that we all share in your experiencing that which most can never see first hand. And, Good for the Samaritans. May G_d bless them.

In Barkan you were just up the road from my son’s community, Peduel. In Peduel there is a lookout point which is named “the balcony of the state”, because from there, you can see the same vista that you viewed from Barkan.

In fact we can see that view from my son’s balcony itself – no need to go to the lookout point. It is a fabulous view which I never tire of seeing. Anyone who has seen that view immediately understands that there is no way Israel could give up that strategic high ground. It would be suicide.

Seven-hundred people is all that’s left of Samaria?! Proof that no good deed goes unpunished.

Kantrovich says in his video, @11:11. that, “Britain was going to create a Jewish State in Palestine..”.

This statement is inaccurate.The League of Nations Mandate for Palestine only says, “in favor of the establishment in Palestine of a national home for the Jewish people”.
This choice of words was deliberate. The Zionists attending the League of Nations conference wanted ‘a State for the Jewish people’, but the word ‘State’ was not included in Mandate.

Samaritans are not descendants of ancient Israelites. As the Bible tells it, they were settlers Sanheriv imported from Kutha after he moved the “ten tribes” to Halah and Havor. This was how he entrenched his empire; he moved all newly conquered people out of their native lands and to new lands that he granted them. The Kuthan immigrants were attacked by lions, so asked for Israelite teachers to instruct them in how to placate the local gods, and that’s how they got a religion similar but not exactly like Judaism; for several centuries after their supposed conversion they continued to worship an idol in the image of a dove.

And when the Jews returned from Babylon, the Samaritans launched an “intifada” against them; they were the “Palestinians” of the second temple era. That’s why Jesus told a parable about a good Samaritan; precisely because most Samaritans were not good. The story is about a fictional exception to this rule. The original audience would have understood that when the injured man saw a Samaritan coming at him he would have thought that was the end of him, that the guy would cut his throat and steal whatever he had left. And they would have been surprised to hear that this Samaritan, of all people, helped him rather than hurting him. The point was not to judge all members of a race by the majority, and that there are good and bad people everywhere, even if they’re not evenly distributed. Somehow over the centuries this got mangled to the point where people associate the word “Samaritan” with “good”!