We’re winning the fight against ISIS? 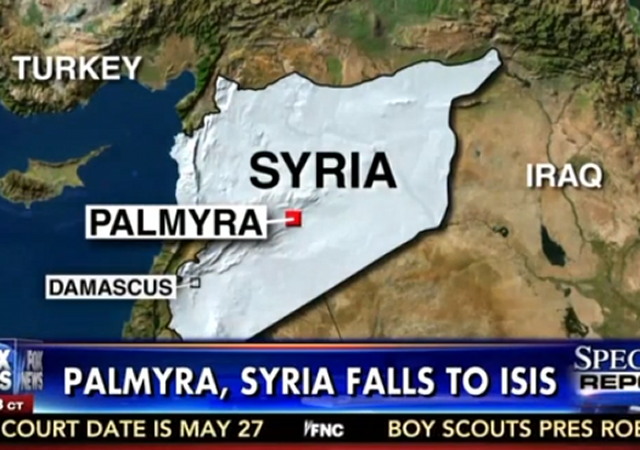 The Obama administration’s recent claim that their strategy against ISIS is working is being met with skepticism.

On Special Report Thursday night, Charles Krauthammer pointed out the farce of their position.

The administration is sounding like Baghdad Bob during the invasion of Iraq. They’re losing. Everybody understands that. ISIS, it wasn’t only that they took over in Iraq, but it took over the town of — the city of Amara in Syria which gives them control of half of Syria and later in the day today, they took over a crucial crossing point between Syria and Iraq, essentially erasing the frontier and making it easier to resupply Ramadi. These are huge strategic gains. They’re not tactical defeats.

And what Obama says, well, it’s not because it’s the guys trained by us who were in Ramadi, this is nuts. The idea is if you’re going to have success, you have to have training and you have to have will. The idea that what the Iraqis are lacking is training is ridiculous. We’ve been training them for 15 years. If the troops haven’t got their heart in the battle, it will not succeed. And that’s what happened in Mosul when they ran away and that’s what happened in Ramadi when they ran away.

Here’s the video via Newsbusters:

Krauthammer isn’t alone in this view.

This editorial from the New York Post echoes the sentiment:

In ISIS fight, Team Obama puts spinning ahead of winning

If Baghdad Bob and Hillary Clinton had a love child, he’d probably be hard at work for the Obama administration, denying the importance of ISIS’s gains in Iraq.

Bob was Saddam Hussein’s mouthpiece during the 2003 liberation of Iraq. As coalition forces advanced on the capital, he kept insisting, “All is well.”

Hillary, meanwhile, evaded questions about the assault on the US consulate in Benghazi with the infamous line, “What difference at this point does it make?”

The loss of Ramadi, the capital of Iraq’s Anbar province, is a distinct sign that President Obama’s anti-ISIS strategy is failing. And all the efforts, from the president on down, to pretend otherwise won’t make it so.

Yep. We’ve got ISIS on the run, alright.

They keep OVER running Iraqi lines, AND they keep OUT running their own supply lines.

Sorta like Patton was on the “run” in France and then Germany.

But even Hitler was more attached to reality than Barracula.

‘Baghdad Bob’ was losing the battle. Obama is winning: the takeover of the Middle East by Isis is exactly what Obama wants.

McTurtle and Boehner (extolling the virtues of Obama’s trade bill – a bill they have not read) are Baghdad Bobs. We, on the other hand, are another type of clown for tolerating it.

And, the little poser puppet has nearly twenty months left…