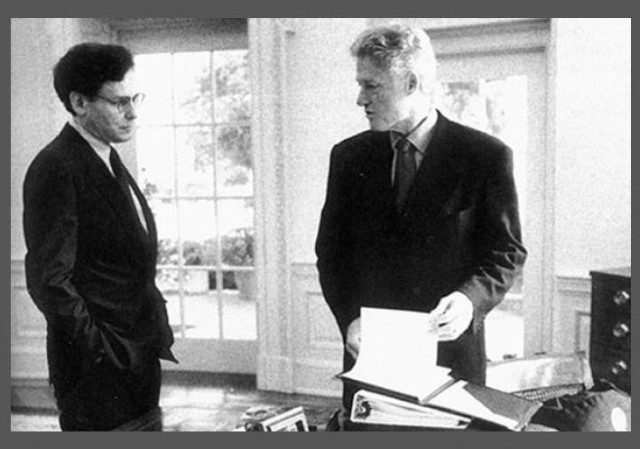 A source close to the House Select Committee on Benghazi told the AP today that the Committee has issued a subpoena to former Hillary Clinton confidant and adviser Sidney Blumenthal. The panel wants answers from Blumenthal about his communications with Clinton during her time as Secretary of State; specifically, if he had any business arrangements with her that led him to communicate with her about Libya.

Tensions regarding Clinton’s involvement (or, lack thereof, if you believe she ignored the danger) in the disaster at the embassy in Benghazi are compounded by the “delays” Congressional investigators have encountered in their effort to acquire e-mail documentation of Clinton’s time as Secretary of State. The two issues are hopelessly commingled, giving democrats an opportunity to accuse Gowdy and other Republicans of purposefully dragging out the investigation.

Rep. Elijah Cummings of Maryland, ranking Democrat on the panel, issued a statement Wednesday assailing the committee’s GOP leadership for its handling of the subpoena.

“These latest moves by the Benghazi Committee — issuing a subpoena without first contacting the witness, leaking news of the subpoena before it was served, and not holding any committee debate or vote — are straight out the partisan playbook of discredited Republican investigations,” the congressman added. “The fact is that we have had these exact emails for three months, and the latest abuses by the committee are just one more example of a partisan, taxpayer-funded attack against Secretary Clinton and her bid for president.”

Gowdy complained to Kerry last week that the State Department had delayed providing emails and other documents involving Clinton and her top associates. “Simply put, the committee must have the records of communication requested more than six months ago before the secretary’s appearance can be scheduled,” Gowdy wrote.

The State Department said the department has provided 300 emails from Clinton, 19 witnesses and more than 40,000 pages of documents from the initial departmental investigation.

Democrats have complained that Gowdy and other Republicans are drawing out the Benghazi hearings in order to disrupt Clinton’s presidential campaign, but Gowdy said that the State Department is to blame for any delays.

Cummings also complained to the press about the way the subpoena was delivered to Blumenthal; two U.S. Marshals were tasked with delivering the paperwork.

Paperwork issues aside, an investigation into Blumenthal’s ties to Clinton and Libya aren’t beyond the pale. Why? Check out this mess:

I believe in coincidence, but come on.

Last week, Benghazi committee Chairman Trey Gowdy (R-SC) fired off a letter to the State Department addressing both the Department’s lack of responsiveness to the committee’s requests for documents, and Clinton’s lack of cooperation with the investigation into what really happened in Benghazi:

“Secretary Clinton is insistent she will appear once and only once before the Select Committee,” said Gowdy, R-S.C. “The Committee must be equally insistent that her appearance is thorough and fully productive. This requires the record to be complete so the Members can effectively base their questions on documents and the Secretary can base her answers on those same documents.

“Since last fall, the Committee has consistently said it would talk to Secretary Clinton about Libya and Benghazi within 30 days of the public record being complete. To date, the State Department has not produced one single piece of paper responsive to the Committee’s request for records from the former Secretary’s leadership team.”

Gowdy noted the Benghazi Committee originally requested all Libya- and Benghazi-related documents from the leadership team of former Secretary of State Hillary Clinton back in November 2014. He also noted the Committee subpoenaed the same records in March 2015, but as of mid-May, State has failed to produce a single email.

This thing keeps getting deeper and deeper. Even assuming for the sake of argument that Gowdy’s tactics here are part of a larger strategy aimed at evoking a reaction from voters and the press, Clinton’s intransigence, coupled with her closeness with Blumenthal and his dealings in Libya, aren’t issues that should be ignored.

We’ll keep you posted on the response to the subpoena.

No more needs to be said.

Put him under oath.

Blumenthal is one of the most despicable American political figures. His son is even worse.

The reason Gowdy needs two sessions with Hillary – one with staff, private but on the record and under oath, then a later public hearing – is to check on her testimony. Otherwise, she can say almost anything and get away with it, no time to check and prove she is lying.

State is delaying to try to push her questioning into next year, so she can cry “Politics!” Notice she is claiming she wants things released right away? State is her cover.

Poor old Elijah Cummings. He is so old and stupid he can barely read what they hand him and tell him to read. He should be in a home somewhere.

All Vicious Sid needs to avoid any appearance is leave the country. I’m sure he can find a nice, sandy beach where he could just lie in the sun all day and thumb his nose at the US Government. No one expects the FBI to go chasing after him.

I think it would be interesting to explore when Elijah Cummings became a punk-assed bitch for teh Collective.

Rags, would “The Day He Got Elected.” work for you?

I think it was upstream of that.

Meh…… sure seems to just be Republican theater…. bit like bread and circus… keep the Rs placated. No real results.

I’d like to see a) actual arrests b) seizing of these criminal’s funds, computers, property, etc …

call me Hillary, TheWon, Val and all their commie pals are wearing orange jumpsuits.

Gowdy’s ongoing schtick is boring me.

You’re confusing the roles of the branches of government in the U.S.

Congress can inquire, but it can’t prosecute.

That job belongs to the executive, and this one is just a mob of outlaws.

So. We’re screwed…at least for the time being.

There hasn’t been a single outrage, crime, or deliberate lie from the dems that hasn’t been blamed on the republicans. Some just can’t seem to understand the workings of our government. Somehow it makes the know nothings feel better to blame the republicans. Not as if the republicans can waterboard the truth out of the lying cheating dems.

Perhaps we can’t…but it certainly is a comforting notion to drink coffee over, huh?

This explains a lot …

The day after the Sept. 11, 2012, attacks on American outposts in Benghazi that killed Mr. Stevens and three other Americans, Mr. Blumenthal sent Mrs. Clinton a memo with his intelligence about what had occurred. The memo said the attacks were by “demonstrators” who “were inspired by what many devout Libyan viewed as a sacrilegious internet video on the prophet Mohammed originating in America.” Mrs. Clinton forwarded the memo to Mr. Sullivan, saying “More info.” (Pages 193-195)

…. looks like ‘Mrs. Clinton’ believed Blumenthal over the CIA