No Charges In VonDerrit Myers Shooting by St. Louis Police

No Charges In VonDerrit Myers Shooting by St. Louis Police 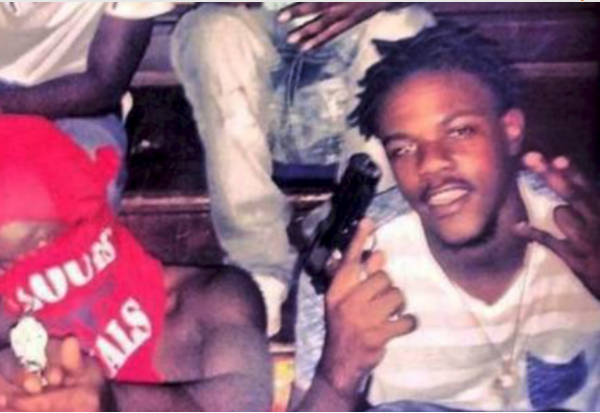 Anybody remember VonDerrit Myers? That’s him, on the right side of the picture above.

Heck, I couldn’t quite place the name, and I actually posted about his untimely demise at the hands of law enforcement way back in October 2014, shortly after the Mike Brown kerfuffle in the same St. Louis area. (See: St. Louis Shooting Victim Vonderrit Myers Tests Positive for Gunshot Residue.)

VonDerrit was one of those “cops shoot unarmed black child” stories that that had cities on edge. Then his mom had to concede that her son was armed, “but only with a sandwich.”

It didn’t take long for the lab results to come back, however, and confirm that if VonDerrit’s mom was correct, then her son’s sandwiches were made of fired gunpowder–because that’s what they found all over his deceased hands.

Of course the police all along had reported that they fired on VonDerrit only after he had fired his own gun at them. Fortunately, the police were more timely and accurate in their fire, and so the loss was not as great as it might otherwise have been.

Today the St. Louis American newspaper reports that St. Louis Circuit Attorney Jennifer Joyce has decided not to file criminal charges against the officer who shot and killed VonDerrit. The report explains that:

[T]he October 8 fatal shooting on Shaw Boulevard was justified on two grounds, according to Missouri law, once the evidence that Myers was armed and shooting was accepted. It was justified as self-defense, she argued, as well as according to a state statute outlining acceptable uses of lethal force for police officers, which states “deadly force” is justified when a suspect “is attempting to escape by use of a deadly weapon.”

Shockingly, it also turns out that at the time of his death VonDerrit was wearing an anklet with a GPS monitor as a court-ordered bond condition related to a previous gun charge from June.

It did seem a little strange that so soon after the Mike Brown shooting this death of VonDerrit by cop did not attract similar levels of attention by Al Sharpton, et al. I guess they had better insight into the underlying evidence of the case than what was shared with the general public by the media.

Anyway, that ought to be the end of the VonDerrit event.

People still trot out the “armed with a sandwich” nonsense on social media.

Vonderrit Myers: The Ham Sandwich That Can Never Be Indicted.

And that makes it hard to stay friends with some of my liberal aquaintences.

you are on a tear tonight…..

Nothing like a nice gunpowder, lettuce and tomato sandwich!

Especially when the gunpower is sliced nice and thin, and the tomatoes are ripe…

It’s good that this won’t be further compounded by a stupid prosecution.

Especially with a nice baby swiss, you know the cheese with the holes.

“VonDerrit was one of those ‘cops shoot unarmed black child’ stories”

Considering how these stories keep turning out to actually be “cop shoots violent thug” stories, it is only natural to conclude that the people who keep pushing the “racist cop” narrative are simply barbarians at war with civilization.

Lies and incitements to violence which are calculated to make it politically impossible for the police to shoot or even apprehend violent black thugs.

And it’s a little bit about reliving the mythical glory years. The Civil Rights Movement is one of the great stories of the modern left (once it’s properly scrubbed of any reference to the political parties of the participants). If they were to admit that we aren’t in the ’60s anymore with violent racist police to oppose, they wouldn’t get to play out their Civil Rights Movement reenactments on the public stage.

They actually take pride in rushing to judgment when the “victim” is black and the killer is white and/or a cop. It shows how righteously non-racist they are, and the more evidence of bad acts by the victim, the greater their own virtue is demonstrated.

Police should read policeman. There was only one cop involved in the shooting. Just sayin.

A point about the hip-hop/banger/thug/whatever culture … when this happened, Rags suggested that Meyers probably got the gun with three rounds in it, he then “topped it off” with the wrong type of bullets.

Whatever actually happened, one thing we see which I suspect is true of the thug culture in general. They like guns. They like yhave having guns, waving guns, and in general playing with them. They don’t like maintaining, learning how to use them correctly.

The gun was stolen. It appears his sandwich was too since he ate it (on store video) in the grocery store before exiting. All while wearing an anklet.

Another rocket surgeon struck down all too soon in life 🙂

But we’re told it is improper to call him a “thug.”

Chalk up a non-tragic ending for once.

This is the “lil’angel” that got beaten to the draw by the cops outside a gas station convenience store right? I can never tell anymore because the over-saturation of the issue has really reached critical mass over on the leftist sites. With them treating every officer involved shooting as possible frontpage news. Which is ironic because you think that they would’ve learned things from how their last social media fueled “it” campaign, O.W.S., burnt itself out into irrelevancy.

No, this was the one that was running up hill with a sandwich in his hand, according to his Mom. Of course that sandwich seemed to fire 9mm bullets at the cop who was pursuing him.

“Anyway, that ought to be the end of the VonDerrit event.”

On the contrary — Someone should investigate how and why he was named, “VonDerrit”, and if that actually qualifies as a name.

If you’re going to name a kid “VonDerrit,” you might as well start dressing him in little orange jumpsuits.

Sadly, there’s a lot of truth in that statement.

Somewhere in heaven, Trayvon, Mike, and VonDerrit are together, enjoying Skittles, cheap cigars, and ham sandwiches, and beating the crap out of angels.

Heaven? Looks like you’re an “aven” long and a double-hockey stick short.

couldn’t they find a picture of him at age 7 hugging a puppy?

The only pic they found of him and a puppy when he was 7 is the one where he tied a firecracker to its tail and lit it.

I’ve lived in both Brooklyn and Queens, and they ARE in the same New York area–hell, they are both on Long Island and border each other. The only way they could be MORE in the same area would be if they geographically overlapped.

I had a Cab driver in New York who always had a shortcut through Brooklyn no matter what direction you were going, lol.