It’s unfair to question Hillary’s accomplishments as Secretary of State?

It’s unfair to question Hillary’s accomplishments as Secretary of State?

It is if you’re U.S. News & World Report’s Susan Milligan 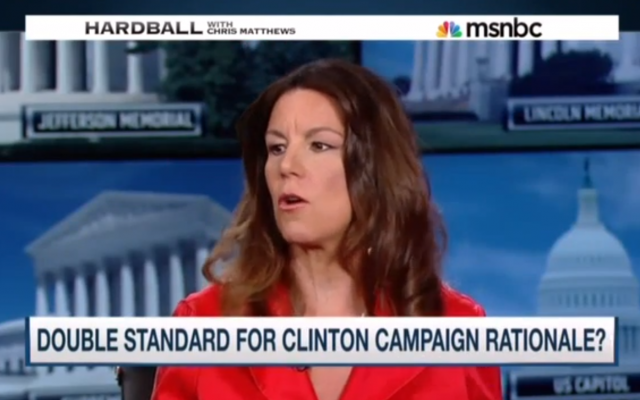 Last week, Bloomberg News’ Mark Halperin asked a panel of Iowa Democrats to name one accomplishment from Hillary Clinton’s tenure as Secretary of State. Just one little accomplishment… One? Something? ANYTHING?

A grand total of zero panel members could recall a single noteworthy accomplishment of Mrs. Clinton’s. But we should cut them some slack because they’re not wrong.

To date, Hillary Clinton has done nothing notable aside from being married to a President, serving as a perfectly forgettable and ineffective Senator, and begrudgingly stepping aside in 2008 to make way for the Obama Presidency. She also pushed some button in Russia, and that seems to be going just swell.

Carly Fiorina said it best shortly after Hillary made her official 2016 candidacy announcement, “Hillary Clinton’s a highly intelligent woman, hardworking, she’s dedicated her life to public service but unfortunately she does not have a track record of accomplishment or transparency.”

Expecting a Commander in Chief to have some kind of accomplishments that show their qualifications before getting hired for the job is reasonable, right? Maybe, just not if those accomplishments happened while serving has the head of the State Department, according to U.S. News and World Report’s Susan Milligan.

On Hardball with Chris Matthews’ Milligan said the question posed to the Iowa Democratic panel was “unfair.”

There’s an entire political strategy discussion here that we’ll save for another time. Suffice it to say, an accomplishment deficit isn’t necessarily an electoral detriment as long as people like you one vote more than the other guy.

But in this particular case Chris Matthews makes a solid closing argument, “Obama didn’t have a big accomplishment before he got elected.” Exactly. And we all know how well that’s gone.

Asking about Hillary’s accomplishment is sexist.

Okay, assume the sycophants’s argument is correct — that a SecState’s accomplishments are in preventing the fecal matter from hitting the fan in foreign affairs. Then why is there so much foreign fecal matter flying around during and after sHrillary’s tenure? And what about the list of accomplishments she can claim in positions she held pre-SecState? [crickets]https://www.youtube.com/watch?v=Re72di5phM0[/crickets]

a SecState’s accomplishments are in preventing the fecal matter from hitting the fan in foreign affairs.

One word in response is sufficient: LIBYA.

Hillary was “the face of the Libyan operation”

Under the outstanding leadership of Secretary of State Hillary Clinton, an angry mob attacked and killed the current ‘head of state’, Muammar Gaddafi. This action helped to set the stage for the destabilization of much of Northern Africa.

President Barack Obama is quick to point out that he wasn’t born in Africa and his ouster would be illegal under 18 USC 111.

Keep that handy. It gives the lie to that whole meme.

RE: “It’s unfair to question Hillary’s accomplishments as Secretary of State?”

I suspect Fiorina was being polite, but also knew that compliment would elicit this response in a LOT of people: “yeah, if ‘public service’ means abusing your power to get rich.”

The Democrats have gotten into their heads that a person of no discernable accomplishment is a blank slate upon the electorate will project their own hopes and dreams. It worked for Barack Obama after all. But Hillary Clinton is no Barack Obama. She isn’t black. She isn’t good looking. She isn’t charming. She doesn’t exude confidence. Obama may be an abject failure as a president, but people will continue to fawn over him because he had the kind of attractiveness that Hillary could never aspire to. Ever.

And almost 100% the same goes for Michelle – except she’ll claim she’s AA.

One again the progressives prove that in their world is up and up is down.

To a rational thinking person, it would be unfair, to the Republic, NOT to question a candidate’s track record of accomplishments.

Seriously, what in the hell is wrong with these people?

Funny, people have a huge amount of respect for Henry Kissinger, to this day.

It’s sort of like with TV talking heads with a Brit accent was 20-30 years ago. It was exotic, therefore more likely to be true(?). When Kissinger became S of S and began appearing on TV, that Germanic accent seemd exotic as well. A victory of style over substance, something that still appeals to the young today.

Every time I heard that voice it reminded me of phrases of “Vee haf VAYS…!” Among my Vietnam veteran friends, none exactly hold him in high esteem.

2. NOT delusional about the threats that the U.S. faced.

Compare and contrast with Ol’ Walleyes.

“I think most people could not look at a Secretary of State and point to an accomplishment.”

That’s probably correct. Most people have probably never even heard of Myanmar.

Clinton has had many other accomplishments both as Secretary of State and in other roles.