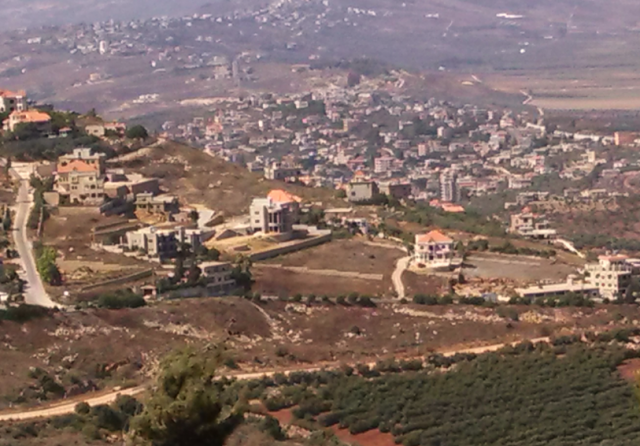 Much of the war against Israel is fought in the media and through deceptive “Non-Governmental Organizations” which issue endless distorted reports against Israel.

There hardly is any pretense of objectivity anymore — there is an attempt to tie Israel’s hands when dealing with groups like Hamas and Hezbollah which strategically use civilians as shields.

In Gaza, the media was intimidated by Hamas, and maintained a near-silence about the use of the main hospital in Gaza as a Hamas headquarters, and the firing of rockets from near schools, apartments and hospitals. But a few reports leaked out and some reporters admitted to the distorted reporting after leaving Gaza:

This media war is important because one side (Hamas, Hezbollah) uses media outrage as a strategic weapon to shape the physical battlefield.  And biased, agenda-driven NGOs and media organizations are part of the plan.

The lastest distortion, which has received wide play on anti-Israel websites and on Facebook, was issued by “Breaking the Silence.”

The report purported to present testimony by 60 Israeli soldiers who fought in Gaza last summer. Gerald Steinberg of NGO Monitor completely eviscerates the credibility of Breaking the Silence, and highlights problems with the report in this Op-Ed, Publication of Israeli soldiers’ accounts clouded by political agenda:

In the 200-plus pages of “testimony”, mostly from low-ranking soldiers, the names and the units in which they served are left unidentified. Similarly absent are dates of the alleged events, making verification by competent authorities impossible. In the very difficult war between Israelis soldiers and Hamas-led terror cells in Gaza firing missiles from houses, mosques, schools (as recently documented in a rare UN report), and hospitals, context is indispensable.

The lack of details prevents any understanding of these alleged incidents. There is no way to verify the accuracy of the testimonies nor is it possible to view these events in the broader context of the extreme difficulty of defending Israeli citizens from thousands of Palestinian rocket and terror attacks – each one a war crime.

Breaking the Silence’s “methodology” to obtain the “testimonies” is also highly problematic. Many of the statements include very leading questions asked by interviewers, often constructed so as to elicit answers that falsely magnify the appearance of wrongdoing. In contrast, the absence of questions that would provide greater context, clarification or justification for certain actions, is striking.

Breaking The Silence understands what dozens of other NGOs, mostly financed by European governments, understand — the distortions in the media causing international pressure are a strategic asset of Hamas and Hezbollah. 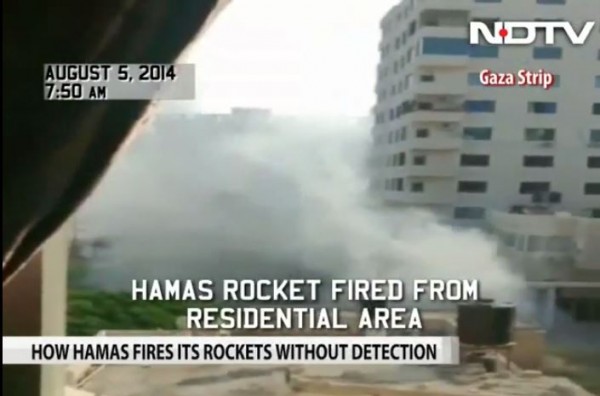 The goal is to hamstring Israel in the next round of fighting, and to level the battlefield, as Mitch Ginsburg points out in The Times of Israel:

Beaking the Silence, an Israeli nongovernmental organization, used to gather and publish accounts of military service in the West Bank and Gaza as part of an attempt to turn Israeli society against the occupation of those areas. Now it has shifted tack.

The NGO’s most recent report, at its core, seeks to change how Israel wages war.

Breaking the Silence, which on Tuesday is hosting a public launch of the report in Tel Aviv, largely expects Israel to value and seek to preserve the lives of the citizens of Gaza and limit collateral damage just as it would if its own civilians were being held by Hamas — an approach that would mean more Israeli soldiers would pay with their lives, fewer Palestinian lives would be lost, and Israel’s ability to bring its military might to bear against Hamas would be drastically reduced.

War, in that context, would look a lot like a hostage-rescue mission, based almost exclusively on small arms fire. The strongest army in the Middle East and the terror group that controls Gaza would be facing off on a largely level field.

Israel is understands this as well, and has taken to the media preemptively disclosing how Hezbollah in Lebanon is embedding its military machine in the villages near the Israeli border. (See my account of one such village from my 2013 trip to Israel, Metula and the fake Hezbollah village — Featured Image.)

As Israel prepares for what it sees as an almost inevitable next battle with Hezbollah, the Shiite Lebanese organization that fought a monthlong war against Israel in 2006, Israeli military officials and experts are warning that the group has done more than significantly build up its firepower since then.

Maps and aerial photography provided to The New York Times by Israeli military officials this week illustrate, they say, that Hezbollah has moved most of its military infrastructure into the Shiite villages of southern Lebanon and around their perimeters. Israel says this amounts to using the civilians as a human shield….

Effectively, the Israelis are warning that in the event of another conflict with Hezbollah, many Lebanese civilians will probably be killed, and that it should not be considered Israel’s fault….

Israel says the situation is similar in the Gaza Strip, where, it says, Hamas is using the same tactic of hiding its forces among civilians.

“Historically, armed forces have separated themselves from the population, in uniform,” the senior Israeli military official said. “This is not the case here or in Gaza.” He accused Hezbollah of cynically using civilians.

Israel also seems to be trying to pre-empt or deflect the inevitable international censure that comes with civilian casualties.

Israel is getting the message out through other media as well:

When the next Hezbollah war comes — and it is only a matter of when — groups like Breaking the Silence, Human Rights Watch, and Amnesty International will play a critical role in the battlefield for Hezbollah. Israel is trying to get ahead of that fight.

I watched a really coo documentary on Amazon Prime (I bet you can sign up on this site) the other evening called “The Ghost Army”.

It was about a small unit in WWII Europe that conducted field deceptions. Using sight, sound, and radio traffic, they mimicked whole divisions, diverting German defenders away from the real units.

Most of the guys were very arty types and what we’d call nerds. They made a real difference, apparently.

How is that germane to this subject? Well, battles are not fought merely with arms, but with every kind of genius that people can bring to the effort. Often, that includes either exposition of truth or obscuring truth, and outright deception. Where Muslim killers are skilled in deception and ruthless use of their own, it’s really good to know that the Israelis are skillfully countering their efforts.

I just hope the lying liars of the international press will deal with both sides in a SOMEWHAT even-handed manner.

Unfortunately, the ‘international press’ only hires journalists whose CVs detail their proficiency as lying liars. They’re not there to inform mere citizens of the daily news, they’re there to make a difference.

The movie is available at Netflix, too. I just put it in my queue. Thanks for the tip, Rags.

Although word had gotten out years ago about the lying by the anti-semites and Islamist Perverts, it was not until the last war between Hamas and Israel that the media carried substantial numbers of contemporary commentary by Muslims noticing Hamas’ war crimes. Finally! I’m not sure if the commentary finally happened, or if it finally pierced the MSM veil. At any rate, this is an essential step toward putting a stop to some very evil behavior.

The Ummah is not going to prosper until it repudiates the Islamist Perverts. The sooner they do it, the sooner they can enjoy the fruits of a civilization worth having.

Israel needs to stop tolerating Hamas missile attacks. They should declare war on Hamas, and then level every structure in Gaza and pound the rubble into sand.

This same type of media aided and abetted the election of Obama. They are responsible for his staying in office. About the “Human Rights” groups, they have been around a long time and many are Leftist and anti America and Western. Some of these “rights groups” would show up in Central America. They were pro Marxist pro Sandinista. Their goal was to keep the pro democracy pro America forces from winning. The same type of media was present in that region as well. Same purpose.