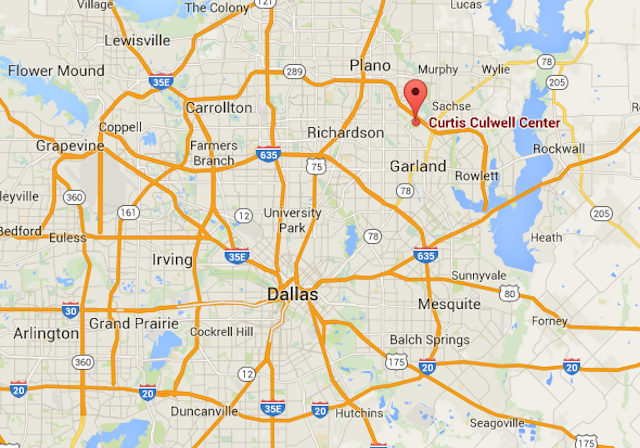 By early yesterday morning, we knew half the story regarding the allegedly aspiring jihadists who opened fire at a “draw Mohammed” free speech rally in Garland, Texas.

Elton Simpson, the first of the two men to be identified, was no stranger to run-ins with the law. In 2010, he was charged with plotting travel to Somalia to “[engage] in violent jihad”; a judge at the time ruled that the government did not have enough evidence that Simpson was actually planning to engage in terrorism, but sentenced him to three years probation for lying to federal agents about his travel plans. Simpson’s associates were purportedly “shocked” that he would go on the attack in Garland—but then again, when are associates of dead terrorists ever not surprised that the subject of an investigation would go to desperate lengths?

Simpson’s story has played out in the media, but what about the other guy? Two men attacked the event—and we now know a little bit more about Nadir Soofi, the second shooter.

This photo, taken from Facebook, has circulated amongst both new and mainstream media outlets:

Unlike his partner, Soofi had never been the subject of an FBI investigation. Reports still differ as to whether or not the two men were roommates, or simply lived in the same north Phoenix apartment complex. Reports about Soofi’s past are trickling in, but remain muddled:

A Facebook page that appears to be Mr. Soofi’s says he graduated from the International School of Islamabad, in Pakistan, in 1998, but a first cousin of his said he was born in the United States. The page also says he attended the University of Utah.

“We’re all devastated,” the cousin, who did not want to be identified, said of Mr. Soofi’s relatives. “We just barely found out just now on CNN.”

Some years ago, Mr. Soofi sold his Phoenix pizza restaurant, which was struggling. Mr. Soofi had moved to Arizona from Texas, and he and Mr. Simpson seemed to have struck a friendship, but to Mr. Shami, it was nothing that seemed out of the ordinary.

Officials are now saying that they believe the two men had come to kill all 200 people inside the event. Watch:

Officials raided what some outlets are reporting as the two men’s shared apartment, but it remains unclear who masterminded the attack.

According to some sources, there is a third member of that household, a young male, age and nationality unknown, that Soofi has described on different occasions as brother and son.

Pizza restaurant ? That means Mr. Soofi had to have worked with pork.

So, did he attack out of a guilty conscience for having sold pork to Americans and thus ruined his Islamic witness?

Sounds like the Garland PD killed the real infidel.

Would it be wrong to suggest that we bury them wrapped in bacon and pepperoni?

…and then drop them on Mecca?

“Officials are now saying that they believe the two men had come to kill all 200 people inside the gun-free zone event”
FIFY
Most of the thanks should go to the event organizers who spent $10k on police and another $10k on private security and between those somebody got inside to get the Federal alert that something bad was coming. With that alert the particular traffic officer was at a high alert status and shot second, but more effectively – instead of being the second casualty.
And whatever sponsor (s?) forked up that cash.

I understand why that building was chosen, but maybe a building where people could be armed would have been a better choice?

Just my opinion, but I would think that the probability, if there were no metal detectors to go through, of more than one non LEO person carrying concealed in that venue is within h of 1.