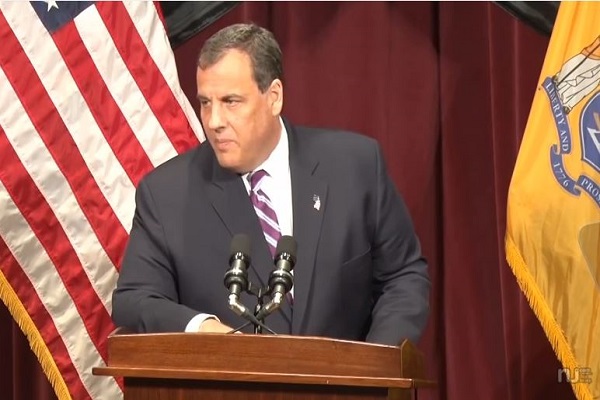 Chris Christie is the first of the potential GOP presidential candidates who first embraced Common Core to distance himself from it.  According to New Jersey.com:

The governor, speaking at Burlington County College in Pemberton, declared Common Core is “simply not working.” Christie wants to assemble a team to develop a state-based group to develop “new standards right here in New Jersey, not 200 miles away on the banks of the Potomac River.”

That Common Core doesn’t work—can’t work—is no surprise to those of us who oppose it, but it is interesting to see that Christie has changed his tune as he struggles to rebuild his reputation with conservatives.   When he was pushing Common Core in New Jersey, Christie lashed out at its opponents:

Watch as Christie explains his rationale for turning on Common Core:

Of course, only two years ago, he was singing Common Core’s praises:

At CPAC earlier this year, he did signal some regrets:

It’s interesting to hear him talk about the “heavy foot of the federal government” in the same breath that he talks about the problems of implementing federal standards on a state and local level.  He’s not opposed to that heavy foot, remember he’s at CPAC, and he’s clear that it’s the specifics of this particular set of federal standards that he’s reconsidering.  He’s still the same big government guy, but at least he may see that Common Core is a bad idea.

While I’m somewhat skeptical of this change of heart, it is entirely possible that Christie is sincere.  After all, after five years of Common Core’s failures, he can surely see what all of us saw before it was even implemented.

It will be interesting to see if Jeb Bush follows suit or if he digs in his heels about Common Core as he has about amnesty.

I am not against the notion of national standards for education.

I was raised on yearly standardized testing, and have no problem with that.

I am solidly against national standards for education that are too low, and involve materials that are not firmly grounded in the subject matter of the individual courses.

The math curriculum, for example, produced materials that were horrible, not just in my view, but in the view of very large numbers of parents with technical backgrounds.

After those materials came out, so did the news that these standards and materials were drafted anonymously, without the input of any mathematicians, and were disapproved by the one math consultant they did hire.

These people are not serious about giving our children a good education.

“Public education” has never, from day one, been about providing education–that’s just how it was sold.

It was and is about indoctrinating students in ways their parents would not approve.

Christie is not No. 1 on my list but,
Christi embraced common core, he is Bad
Christie saw it was not working so dumped Common Core – Christie is not allowed to change so he must continue to be bad.

Reagan embraced the Democrat Party, was a FDR Democrat.
A few years before running for Gov. Reagan became a Conservative Republican. Again, people are not allowed to change their view so that made him a bogus Republican.

This seems to be the thinking some of the general public of those who change their views for the good.

BTW, why do good Americans have their kids in Public Schools to begin with?
They are decades long in Democrat left teachers, textbooks, etc. controlled by the Radical Left Teacher’s Union.

He hasn’t dumped anything.

Until he manages to get the program dumped or refuses to let it be implemented his words are just that; words.

And he has plenty of reasons to be lying.

Well, let’s see. He’s ditched common core, softened his anti-gun stance and moved away from amnesty for illegals. He’s doing the typical political shift to further his political career. No matter what he says, he’s still a big gov progressive.

Standards and academic performance are not correlated. They may give a snapshot of current student proficiency, but they are touted as affecting proficiency and that they cannot do.

The K-12 education establishment sucks a stupendous $600,000,000,000.00 (yeah, you read it right, 600 BILLION DOLLARS) per year out of the wallets of hard-working Americans, and for what? If any other American institution spent such a gargantuan sum and produced such a shoddy product its executives would be shown the door or brought up on charges. Common Core is just another expensive government boondoggle, and is little more than a clumsy experiment using helpless children as its unwilling subjects.

If my neighbor picks up a hot coal, then throws it down when he realizes it hurts, I’m not going to commend him for his wisdom, I’m going to wonder how stupid he was for picking it up in the first place.

This guy is damaged goods. If he has ‘reformed,’ and has genuine remorse about single-handedly electing Obama for a second term, good. That in itself should be Christie’s reward. That and a box of donuts.

Someone who has been in mathematics education for decades told me Common Core is not about raising standards or educating children better. She said it is the refusal to understand that many people are not capable of understanding higher mathematics. And if some can’t no one should. Anything, including entire areas of study are being eliminated because some groups have difficulty or find it impossible to learn. It is viewed as discriminatory. An assistant superintendent told her calculus was elitist because all of the children in the class were the children of doctors, engineers, insurance agents(?), you know the elite. She thinks at this rate our children will be living in squalor in 30 years because they can’t maintain our standard of living or most basic infrastructure. Cause and effect is beyond them also.

Very, very frightening attitudes, but not surprising in the least.

Interesting that Christie is willing to dump Common Core while keeping PARCC. Makes no sense since Common Core and PARCC are joined at the hip.

So why would Christie keep PARCC?

Another proof that the whole education system is a scam, ran by scam artists that know zit about children or education.
They know even less about math, science or English.

Must of all knew Common Core was going to fail, so what’s the merit in “discovering” after the fact?

Christie should not be praised, but tarred and feathered,

It’s all about money grabbing.

At least Christie is astute enough to know a conservative hot button issue when he sees it. Now, if he could just get off his corpulent ass and do something about the unworkable gun laws in the Garden State.