Welcome to the District of Thrones

Welcome to the District of Thrones 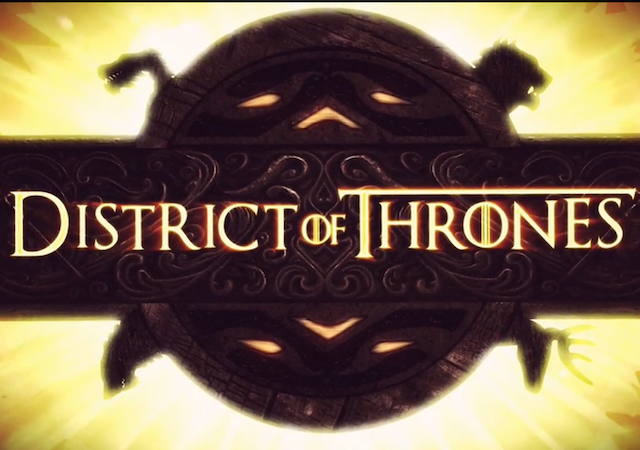 I walked down to the tidal basin this weekend to see them. It really is wonderful—white petals flying everywhere, and when the wind blows just so, the little flowers make a lovely rustling sound.

It’s almost enough to make you forget the garbage that politicians go through to seize an office here.

Don’t be fooled, though. Her camp may look like a mess now, but given enough time and enough media spotlight, they’ll be right back to where Hillary’s supporters hoped she would be two cycles ago. Someone like Hillary Clinton doesn’t go from shamed wife to presidential hopeful without having a trick or two up her sleeve.

A new season of “Game of Thrones” premiered last night, and with it came a flood of politically-themed GoT memes and videos. WaPo’s mock-up of a Washington-themed “game of thrones” was probably the best. Check it out:

Today’s political scene feels like Beltway fan fiction: melodramatic, ugly, and always bordering on the verge of a complete meltdown.

Elections are coming, and with them will come a whole new level of melodramatic, ugly meltdowns brought to us directly by the very people who promise to protect the country from the same.

Be careful. Panem does not like when the districts talk back.

Hillary is the MSM’s precious snowflake. She can do no wrong, make no mistake, or choose poorly. They are breathless, waiting to share her latest triumph. Nauseating. This is going to be a rough ride.

Actually, the tv show that left me speechless last night was the Good Wife. Alicia got knifed by the Chicago democratic machine in a way that left the viewer absolutely outraged at the democratic party. I am not sure I have EVER seen a tv show portray any set of democrats as that evil.

Of course she hasn’t realized yet it was all just Peter having his revenge.

It’s interesting to think of Peter and Alicia as symbols for Bill and Hillary.

No, actually Peter and Alicia are supposed to be Elliot Spitzer and his wife, or at least it was that episode of Silda Wall Spitzer standing by her husband in 2008 that germinated the idea for the series.

Of course their lives didn’t go in the same direction as the “Good Wife” characters.

The producers also moved the story from New York to Chicago, to emphasize that any resemblance to any actual persons, living or dead, or actual events is purely coincidental.

What rough beast slouches toward DC…

Blow up your TV
Throw away your paper
Go to the country
Build you a home.

Plant a little garden
Eat a lot of peaches
Try an’ find Jesus
On your own.