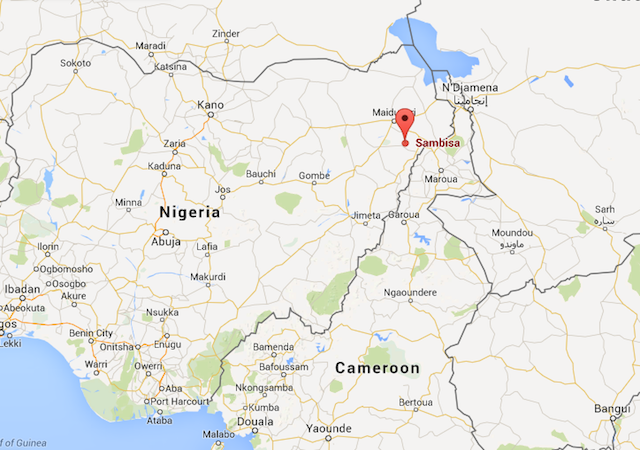 Earlier this week, I wrote on reports that the Nigerian military had managed to rescue hundreds of women and girls from now-defunct Boko Haram camps in northeastern Nigeria. Good news like that doesn’t come along every day—but maybe today is just a good week for hope, because almost 200 more women and children have been rescued in the Sambisa Forest area.

The 200 “Chibok” girls of #BringBackOurGirls fame do not appear to be among those rescued, but reports have not yet confirmed that.

“We are still working to verify the actual number of the rescued hostages, but I can say they include around 60 women and 100 children,” said army spokesman Sani Usman.

A female hostage and a soldier were killed during the rescue operation at Sambisa Forest, a base for the Islamist extremists.

Troops are moving into other parts of the forest and have destroyed nine militant camps, the spokesman said.

“Many of those kidnapped have undergone psychological trauma and indoctrination,” he said.

This is huge, for a variety of reasons.

First and foremost, the rescue of even one human life from the clutches of this group is a miracle in and of itself. I’ve written quite a bit about who Boko Haram is (check it out here) and over the course of the last year or so, one thing has become abundantly clear: their mission is their life. The women and children they abduct become tools they can use to manipulate and coerce. People are afraid of Boko Haram; they’ve made a name for themselves by raping, slaughtering, and burning their way through northeast Nigeria. Nigerian officials say that the latest group was held in “severe and inhumane” conditions—and for Boko Haram, that means you could imagine the worst possible scenario, and still not quite get there.

It’s a miracle any of them were alive to be rescued.

Second, by rescuing any hostages—Boko has been known to abduct young men—we cut down on their recruitment numbers. Boko Haram uses the same tactics to increase their numbers that militants in places like Somalia and Sudan have used: kill half the village, leave a few witnesses, and brainwash the remaining (usually young) men and women to pick up arms. They’ve been doing the same thing to their captives.

Finally, every hostage freed by the military represents a jab at Boko Haram’s mystique. I say “mystique” like they’re a circus act, but when it comes to the juxtaposition of terror groups and largely-neglected members of the population, it’s probably the appropriate word. Boko feeds off of the terror they create when they raid a village. When someone is taken, those who remain assume that they’re never coming back—Boko is far too brutal and too powerful to be toppled by a rescue mission.

But they did it. They raided the camps, killed the insurgents, and brought the hostages home—and that’s more symbolic than a UN endorsement of military action could ever be.

Those are powerful #’s

A sign of hope out of that tragic, impoverished place, now plagued with the 12th Century, modern-armed curse of Islamism.

Nigerians taking responsibility. Good for them.

Good. Keep it up.