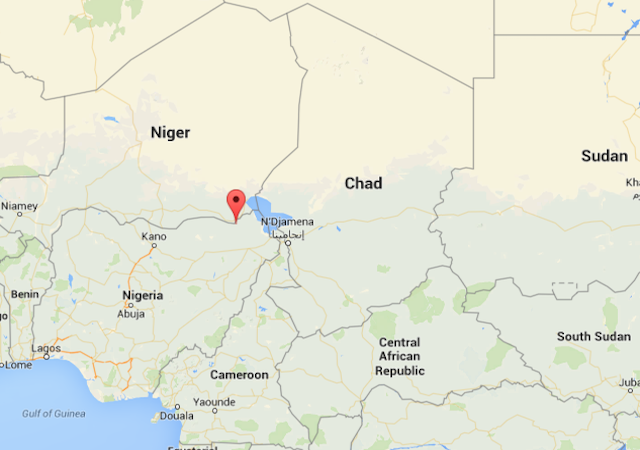 Boko Haram is still burning its way through west central Africa, but a multistate coalition is slowly finding ways to fight back.

Reports are just now surfacing that over the weekend, soldiers from Niger and Chad retook the city of Damasask from Islamic insurgent group Boko Haram. The push was part of a region-wide campaign to regain control of several areas in northern Nigeria.

An Associated Press photographer in the northeastern town said it was largely deserted of civilians.

Four people, including an old man, came onto the street to wave at a convoy among 2,000 troops from Niger and Chad in the town.

There were still signs of the town’s occupation by the rebels. Their writings were scrawled on every wall and the groups’ black and white flag still flew above some buildings.

A group of Chadian troops transferred weapons confiscated from Boko Haram into a pick-up truck truck. They were then taken to helicopters for transport to Niger.
The weapons included AK47 assault rifles and 50-calibre guns, rocket-propelled grenades and mortar shells.

Boko Haram killed 10,000 people last year, and now the UN has finally come forward with a plan for a resolution to endorse actions taken by the governments of Chad, Cameroon, Niger, Nigeria and Benin to further roll back the influence of Boko Haram. Using Chapter 7 of the UN Charter, the resolution would endorse military action for a period of 12 months to take “all necessary measures” against Boko Haram. It also asks for the establishment of a trust fund to help finance the military operation.

Of course, there are disagreements:

Council diplomats said there are differences among members on whether the draft should be under Chapter 7 since it is not asking the U.N. to authorize the force — just to endorse it. There are also differences over who should manage the trust fund, the diplomats said, speaking on condition of anonymity because consultations have been private.

The draft resolution expresses the council’s readiness to consider imposing sanctions on additional individuals, groups and entities that are financing, arming, planning, recruiting or using the Internet and social media to support the extremist group.

It “demands that Boko Haram immediately and unequivocally cease all hostilities and all abuses of human rights and violations of international humanitarian law and disarm.” It also demands the release of all those abducted including the more than 200 schoolgirls seized nearly a year ago in northeastern Nigeria.

Earlier this month, Boko Haram pledged allegiance to the Islamic State. While the UN’s demands for a cease in hostilities are unlikely to make a difference, the establishment of a trust fund to keep these regional militaries going might.

Will the UN finally fight fire with fire in Nigeria? Only time will tell.

Inadvertently, perhaps, Amy has teased out a combination of words that capture the total worthlessness of the UN as a means of fighting barbarians. If she could have just worked in “commission a deputation to study”, that would have made it perfect.

If troubles abound, and there be tossing, and storms, and tempests, and no peace, nor anything visible left to support…

…we’ll be sitting over here commissioning a deputation to study passing a sternly-worded non-binding resolution.

It also asks for the establishment of a trust fund

Of course it does. Gracie needs a new pair of shoes!

” It also asks for the establishment of a trust fund ”

Maybe Hilary can give her some tips?