…and so did al-Qaida. 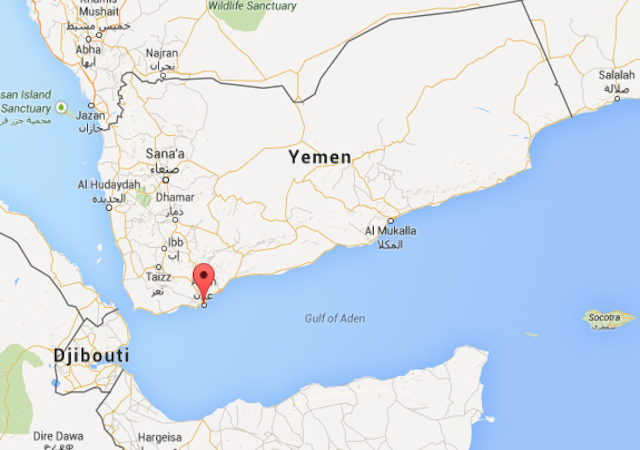 While diplomats postured and preened over their hard-fought “nuclear framework” intended to usher in the era of a nuclear-but-not-nuclear Iran, Yemen continued to burn.

The Houthi don’t yet exercise full control over Aden, but have managed to break through barriers armed by soldiers loyal to Hadi, briefly occupy the Presidential palace, and raise the Yemeni flag before withdrawing for fear of airstrikes. This isn’t an insignificant accomplishment; if the Houthi eventually oust Hadi loyalists from Aden, they will have seized control over one of the most strategically important ports in the Middle East, and upped the ante on Saudi coalition forces currently trying to regain ground.

Meanwhile, al-Qaida captured Mukalla, another coastal city just 300 miles from Aden. Al Qaida has been capitalizing on the chaos of the Houthi march through Yemen by “partnering” with Sunni tribal leaders in the region—and it looks as though that partnership may have backfired, at least as it relates to the people of Mukalla.

Al-Qaida claims to be a defensive force against the greater Houthi advance, but the reality on the ground shows all the characteristics of an occupying force.

Militants on pickup trucks set up checkpoints across the city, sealing off entrances and exits, while residents were seen entering the offices and looting electronic devices and files, the witnesses said.

The al-Qaida fighters also freed about 300 inmates from the city’s main prison, including scores of militants, according to security officials.

Among those freed was Saudi-born Khaled Batrafi, a senior al-Qaida operative believed to have masterminded past attacks, the officials said.

Also freed were 90 death row inmates convicted for a host of criminal offences, according to activists in the city.

After the noon prayers, a top al-Qaida leader stood up in the middle of the worshippers in the city’s al-Sharag mosque, telling them that he and fellow militants were there only to defend the city from the Houthis.

“People are terrified,” said Ali al-Katheri, an activist in Mukalla. “They never expected that the city falls so easy in hands of al-Qaida.”

They also took over the Presidential Palace, several government agencies, and attempted to blast through bank vaults with the help of grenades—all key elements of a solid defense against rebel incursion, of course.

Right now, the Saudis and their coalition are focusing on preventing the rearmament of Houthi rebels. Ports are blocked, and airstrikes continue, but what’s happening inside the tiny country is nothing less than a full-blown disaster.

We’ll keep you updated as the situation develops—and most likely devolves.

And even the third side in that war, the Saudi-backed government, isn’t really good.

And what about ISIS?