Cats can become ill with the disease, too. 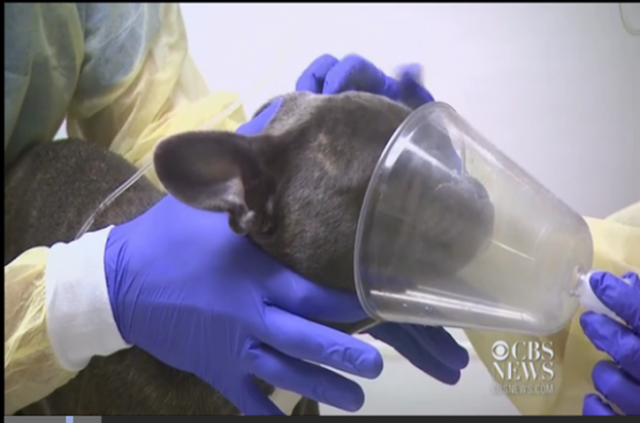 We reported that an unexpected strain of the flu was hitting Americans hard this season.

But our pets are becoming ill at alarmingly high rates with a new strain of a flu that impacts them.

Veterinarians say the illness has sickened hundreds of dogs in the Chicago area, and the infection can be deadly.

Veterinarian Natalie Marks of Blum Animal Hospital says in the last week alone, more than 70 dogs have been diagnosed with canine influenza, a much more serious illness than the common “kennel cough.”

And it’s not just a Chicago problem. “It’s everywhere,” Marks says. “There have been a few fatalities.”

More information about the illness is available in this eHow video:

The epicenter of the disease is Illinois, but Wisconsin, Indiana, and Ohio have all had several cases of the influenza and veterinarians as far away as New Jersey are sounding the alarm. The dog flu has hit approximately 1,000 canines during the past few weeks and a small number of them have died.

The reason for the rapid spread is that our pets are being exposed to a new strain of the virus that was an Asian import. Subsequently, even those owners who had their pets vaccinated may still see their animals, both dogs and cats, become ill.

The Wisconsin Veterinary Diagnostic Lab identified the strain as H3N2, not H3N8 as previously thought.

…The strains are different symptoms remain the same with coughing and sneezing, runny nose and a fever. It is still recommended to get the vaccine because it may provide protection if the other strain is still circulating said Keith Poulsen from the UW veterinary school.

According to Myfoxchicago.com this new strain likely came from Asia and worked its way into the U.S. There is a small window of time that the dogs are contagious with the virus. So the dog must have hopped a plane on a trip from Asia to the U.S.

It was scientists at Cornell University that discovered we were blaming the wrong strain of virus. This is the first time H3N2 has been identified in North America. The last outbreak of the strain occurred in China and South Korea.

At the present time, the most consistent recommendation being given is to keep healthy pets away from dog parks, boarding facilities and groomers. Though the disease is highly infectious, is not normally deadly; however, it can impact breeds differentially:

All ages and sizes of dogs are equally at risk. But “dogs with ‘smushed-in’ faces like pugs, French bulldogs, and Pekinese may have a tougher time dealing with the flu,” Crawford says. “Because of the anatomy of their respiratory tract, any respiratory illness takes a harder toll on them.”

If your dog gets sick, the best approach is to keep it comfortable and makes sure it consumes as much water as possible.

Leslie, thank you for this information. We are pooch lovers and have several to keep safe and healthy.

This confirms a suspicion I had that my elderly Jack Russell might have had some form of flu a few weeks back. She uncharacteristically lost all interest in food and acted very listless for a week or so, but is now back to being herself. She had a bit of a cough with it. I thought it odd, but the barn cat who has bonded with her also had a cough at the same time.