The Government’s Final Gift of 2014: A Bad Flu Season

The Government’s Final Gift of 2014: A Bad Flu Season 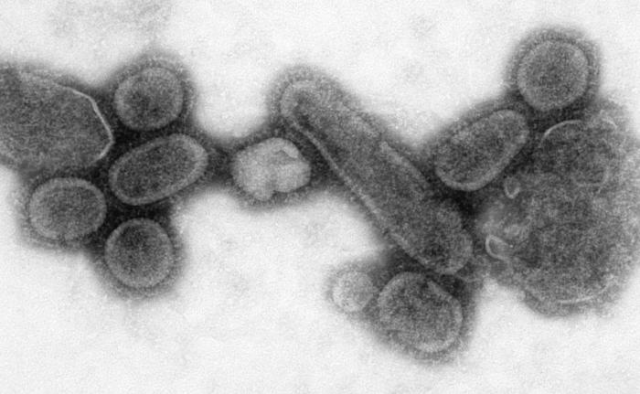 I got the gift of karma last night, after returning home from a wonderful Christmas dinner with the in-laws.

Why karma?  Because  one of the articles about infectious diseases I missed covering noted that this year’s flu shot was ineffective against the most dominant strain of the virus:

The flu vaccine may not be very effective this winter, according to U.S. health officials who worry this may lead to more serious illnesses and deaths.

Flu season has begun to ramp up, and officials say the vaccine does not protect well against the dominant strain seen most commonly so far this year. That strain tends to cause more deaths and hospitalizations, especially in the elderly.

Though we cannot predict what will happen the rest of this flu season, it’s possible we may have a season that’s more severe than most,” said Dr. Tom Frieden, director of the Centers for Disease Control and Prevention, at a news conference Thursday.

CDC officials think the vaccine should provide some protection and still are urging people to get vaccinated. But it probably won’t be as good as if the vaccine strain was a match.

So I came down with a case of that dominant strain last night, as I had received the 2014 vaccine in September. The nausea is so awful that it cannot be described with words — it must be experienced.

We spend millions of our taxpayer dollars for professionals to asses which strains to feature in the annual vaccine mixture. Yet, once again, the Centers for Disease Control and Prevention fail at its primary job task.

Six of my friends and relatives also came down with the flu in time for Christmas. As an added bonus, this strain may not detectable with standard tests.

Doctor Robert Simpkins works at St. David’s Cedar Park Emergency Center. He says the strain causing those symptoms in thousands of Texans is also being elusive. “This year’s strain isn’t also being picked up well by our standardized testing, so if you’ve got somebody who’s got classic flu symptoms and our test is negative, that person quite possibly has the flu.”

The disease is also spreading fast. “It’s probably about 50 percent of what I’m seeing right now. So it may be 10, 15 cases a day. It’s coming in whole families as well as individuals” Simpkins continued.

…. Doctor Simpkins says the ineffectiveness should not deter you from getting the shot. “It’s still recommended. It’s also still early in the flu season, it’s only December. We may get another wave in January, February a different strain comes through, and it may be highly effective against that.”

Yet the vaccine itself may not be all that its cracked up to be. Investigative journalist Sharyl Attkisson highlights a under-reported study that shows flu vaccines are not effective in the elderly, and despite government claims, may actually increase their health risks:

An important and definitive “mainstream” government study done nearly a decade ago got little attention because the science came down on the wrong side. It found that after decades and billions of dollars spent promoting flu shots for the elderly, the mass vaccination program did not result in saving lives. In fact, the death rate among the elderly increased substantially.

The outbreaks in Minnesota have been upgraded from “regional” to “widespread”. One New York hospital is limiting visits due to the disease. Other accounts are consistent with my personal observations:

My husband, a hospital-based doc who is not alarmist by nature, says this year’s flu is pretty bad. Wash your hands & take good care. — Tara Anderson (@TaraEAnderson) December 26, 2014

Just got diagnosed with Type A flu. Already making a list of people I need to “greet with a holy kiss” before I get better. #imagiver

In other parts of the globe, there are outbreaks of even more aggressive flu strains. New Delhi, India is reporting its first 2014 death from H1N1 “swine flu”. Egypt reports that 10 people have died from the swine flu, including a 5 year old boy.

Here’s hoping that our Legal Insurrection fans stay health for the New Year!

Again, when it comes to vaccines, Atkinson is off her nut.

I disagree. She cites a detailed scientific report, which presents very specific data. You may disagree with the analysis, but the data are available and she and I would both rather present the information to you — and have you decide — than have the elite media and their sponsors (govt and otherwise) deny you access to the material.

I agree with you, Leslie, 100% about this. I do not believe any information that comes from the government or from formerly traditional news sources.

I hate to say it, but expect a full recovery to take weeks.

yup.
wife had the shot, I didn’t.
only difference was she recovered dew days faster but lot of that is due to my weakness from other issues.
hey, add allergies into the mix and it gets REALLY fun.
only thing that helped me (even with the nausea too) was hot steamy showers.

I’ve had the flu once in the last 30 years. That was a month long ordeal I have no desire to repeat.

During the winter I limit my interactions with large groups of people, wash my hands religiously and steer clear of obviously sick people.

The flu shot don’t work? Say it ain’t so! And trash Sharyl Attkisson, JWB, for daring to report science.

There’s no way I’d ever take the shot. Hand washing is a good idea, but also get a good night’s sleep, eat well, and keep with your supplements, especially vitamins C and D.

Someone has been paying attention to the issue with the elderly, use this or another search on flu high dose vaccine. My elderly father got randomly offered that option last year, and he sure felt it, indicating an antigenic response. From the search results it would appear there are some studies that at least indicate it helps.

As for the vaccine screwup, the latest from the CDC for Week 50 is that most of the tested flu is A, almost all of that is H3N2, and of the 209 samples subtyped, 31% were a match for the vaccine strain, and 69% weren’t. That’s worse than the previous 2nd hand report I saw, which was closer to 50-50.