In Nigeria, a new disease “worse than Ebola” kills 18. 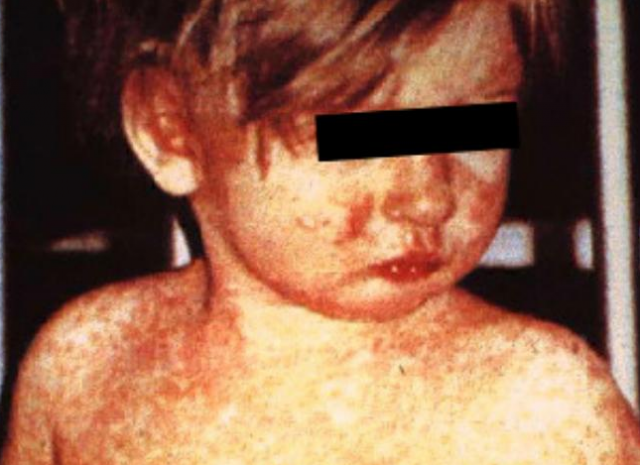 About thee months have passed since I first reported that the latest attraction offered at Disneyland, “the happiest place on Earth”, was measles.

It appears that particular infection has burnt itself out.

The measles outbreak that affected more than 130 Californians since December is over, the California Department of Public Health declared Friday.

It has been 42 days since the last known case of B3 strain of measles, the equivalent of two successive incubation periods, said Dr. Karen Smith, director of the health department.

The department said in its latest update that 131 people came down with the B3 strain, and five who had a different genotype than the outbreak strain.

Of the 131 cases, the state was able to obtain the vaccination status for 81 patients. Of the 81, 70% were unvaccinated.

I will stress that 30% of those infections were among those who had received MMR immunizations, so I will urge Legal Insurrection readers to review their vaccination profiles with their health care providers to determine if booster shots are necessary.

And while this outbreak has officially ended, heated debate between vaccination proponents and “anti-vaxxers” in the Golden State continues.

…Legislation in Sacramento intended to induce more parents to get their children the measles vaccine and other shots stalled this week amid an outcry from anti-immunization forces who said the government should not tell parents what to do.

The debate on the bill has turned contentious. Last week, Robert F. Kennedy Jr., a leading anti-vaccine activist, used the word “holocaust” during a film screening to describe the purported damage done by vaccines to many recipients, a statement for which he later apologized.

State Sen. Richard Pan (D-Sacramento), a pediatrician who is pushing for greater vaccination, has been bombarded with personal attacks. One Internet posting imposed a Hitler mustache on Pan’s face; another said: “Can we hang Pan with a noose instead?”…

Truly, California is the home of subtle politics.

Meanwhile, across the globe, the World Bank is set to give West Africa a cash transfusion of $300 Million toward economic recovery following the epidemic of Ebola that raged through the area.

However, Africa is not done with strange and deadly diseases. A deadly illness that targets the central nervous system has broken out in Nigeria.

A “mysterious” disease has killed at least 18 people in the past several days in south-eastern Nigeria, local officials say.

The outbreak started in the Ode-Irele town, Ondo state, and spread rapidly.

The disease – characterised by blurred vision, headache and loss of consciousness – killed the victims within 24 hours of falling ill.

Local health officials and World Health Organization experts are now in the town to try to identify the disease.

Laboratory tests have so far ruled out Ebola or any other virus, Ondo government spokesman Kayode Akinmade was quoted as saying by the AFP news agency.

In fact, the illness is being called “worse than Ebola”. An update from Nigeria indicates that the death toll is up to 30 and that panic is spreading through the region.

Nigeria looks like this week’s frontrunner for “scariest place on Earth.”

Modern medicine, as practiced nowadays, is not good at picking up new diseases or new outbreaks.

Now about Disneyland. Did it die even though no more people weer vaccinated? Did it only start because there was a large number of people from the Phillipines or elsewhere, where vaccination rates for measles are low, who had it and visited Disneyland, but in the United States, on average, there would be less than one new case per case, at least after people starting trying to prevent contagious people from infecting others, especially once you got away from the places people avoided vaccinating children for measles?

So let’s say for every 70 unvaccinated people, if vaccination was useless, 700 would have come down with adiagnosed case of measles. Instead only 30 did.That could mean it is 96% effective.

It could also be, since they probably didn’t run lab tests on all the cases of “measles” that this 30% figure is exaggerated.,

Of the 131 cases, I didn’t hear of any with serious sequelea. While measles is no fun, for most it is a self limiting disease. Even though measles occasionally results in serious complications, they are, unlike smallpox and polio, rare. Hardly worth imposing vaccinations for this disease by the coercive force of government, i.e. at the point of a gun.

I am one who had measles as a child. I was lucky because it was uncomplicated.

However, I do think that a vaccine is necessary for the simple reason that there are complications that are very serious, especially encephelitis. There could be other complications that have not as yet been fully linked to the measles… (I have a theory that my immunity was attacked by the measles and I ended up with RA, but that is theory not fact)

Well, we somehow survived yet another “crisis” without the heavy hand of the government. Don’t tell the people, though – we don’t want them to get the mistaken impression that they don’t need the government to interfere intervene on their behalf ~

But that isn’t so. There was a pretty massive public health response here, and it seems to have had the intended effect.

Conservative SMALL government is a good thing, and public health programs have saved billions of lives from both early death and a diminished standard of living.

Improved sanitation has had a greater effect on public health than obscure vaccinations, methinks. The polio vaccine is one thing, chicken pox and measles aren’t even in the same category ~

You gotta scientific argument to make, I urge you to take it to your legislature. Let it rise or fall on science.

I disagree because chicken pox leads to shingles… and in my son’s case (who got shingles when he was about 30) he ended up with two fractured feet!!

Shingles is very nasty and it is far better to be vaccinated against chicken pox than to end up with the virus in the system.

Ditto for the German measles vaccine. This is dangerous for pregnant mothers. I had German measles whilst still a toddler and ditto for the chicken pox… I had measles in the first year that I started school so I would have been around 6 at the time. It is worse for a baby to have measles than say a 6 year old.

It is the same with whooping cough. Having the vaccine is better than seeing a baby end up with the disease and in some cases the baby dying from complications.

My grandbabies had flu shots and pneumonia shots two seasons ago. Both got the flu and one also got pneumonia.
I suspect the vaccine was less than useless.

A new unidentified disease with no known cure? Obama needs to bring all the ill victims to the United States right away and to prevent any effort to quarantine them.

Retired Army guy xbradtc had this to say:

How many of my Army and Marine friends just found themselves mentally reciting the symptoms of nerve agent poisoning?

I saw a discussion of this outbreak on Twitter the other day. There is suspicion it might be wood alcohol poisoning

Amazes me that we live in society where all it takes is for the Internet to find out about a few cases where someone incorrectly attributes something like autism to vaccinations and it goes viral (spreading doubt and misleading millions).

Vaccinations and immunizations have controlled much of the spread of many bad diseases and illnesses.