BC student needs to be “protected” from speech by Condoleezza Rice 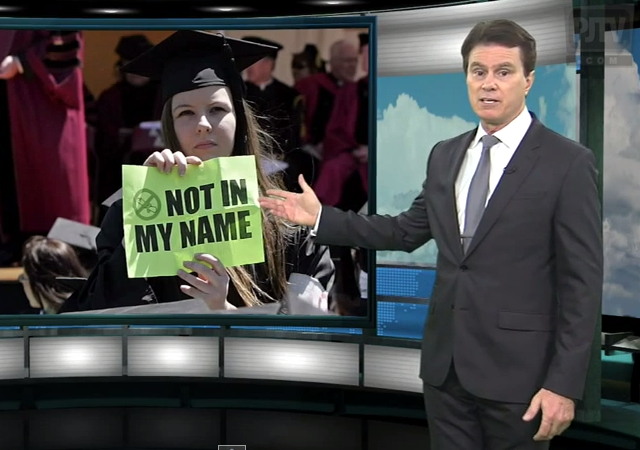 In the newest edition of Afterburner, Bill Whittle focuses on higher education and some of the backwards thinking that exists in academia today.

As an example, he points to a student who protested Condoleezza Rice as a speaker on campus without appreciating the fact that Rice is more authentic than many of today’s progressive leaders.

The video is 13 minutes long and well worth your time:

Speaking of Condoleezza Rice, some recent polling for 2016 may surprise you.

Paul Bedard of the Washington Examiner:

In what would be a first-ever race pitting former secretaries of state, only Condoleezza Rice would beat Hillary Rodham Clinton in Iowa, according to a new poll that could put fire under a languishing “Draft Condi” movement.

A new Townhall/Gravis Marketing poll found that Rice would beat Clinton in the state as every other Republican loses to the first Democrat to officially announce her candidacy.

In the poll, Rice would beat Clinton 43 percent to 40 percent, taking evangelical Protestants, Catholics and voters under 50 years old.

“What this tells me is the electorate wants a superstar like a Rice, someone with ideas and foreign policy credentials,” said Doug Kaplan, the managing partner of Gravis Insights, the Florida-based political consulting firm that conducted the poll.

One of the coolest and most valuable things anyone could do would be Whittle continued his “Virtual President” series into the next term, regardless of who’s elected.

I’d love to see Condi at the top. She’s not going to go after it in today’s entirely tiresome political-cultural climate, but WOW it’d be with a Rubio & Condi Ticket!!

Imagine, actually considering a person’s character and not the color of their skin. Dr. King’s Dream is too High Minded and too individualistic or moralistic for today’s society. More’s the pity since the generations to come will have to learn from the mistakes of today.

One thing Mr. Whittle didn’t mention about Dr. Rice, she is a concert grade pianist who speaks fluent Russian (as well as being a very smart dresser).

She’s also reputedly a good golfer, and knows (and cares) a great deal more about the NFL than I do or will.

Right on the money.

Dear LI: Thank you very much for hosting these “Firewall” Videos by Bill Whittle.

This video is spot on, in every sense. I especially love the direct way that Whittle calls out those people expressing their foolishness while being very ignorant of the world as it exists; and as it could very well become in a twinkling of an eye.