Top Dem Strategist on Christie: “We want to kill him dead.”

Top Dem Strategist on Christie: “We want to kill him dead.” 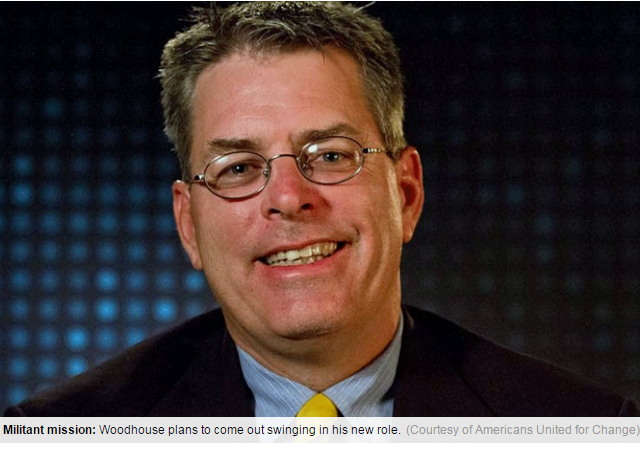 Remember a few years ago when Democrats took to lecturing conservatives about a new tone?

Democratic Super PAC Goes After Chris Christie: ‘We Want To Kill Him Dead’

The president of a Democrat super PAC dedicated to digging up opposition research on Republicans said of New Jersey Republican Gov. Chris Christie: “We want to kill him dead.”

Brad Woodhouse, the president of the liberal super PAC American Bridge, made the provocative comments in a profile of the organization published by Bloomberg Politics.

The story notes that American Bridge would not back off its attacks on Christie. “We’re not going to pull resources from Christie,” Woodhouse told the outlet. “We want to kill him dead.”

Woodhouse, a longtime Democratic operative, has often accused Republicans of using offensive rhetoric against President Obama. But on Thursday, Woodhouse seemed proud of his quote, retweeting it several times in his Twitter feed.

If nothing else, you have to love the fact that Christie is being attacked by a liberal group called American Bridge.

The Republican Party has issued an official response:

“We understand that Democrats are getting desperate after the recent revelations about their presumptive nominee and need to create a distraction. But in no circumstance is it acceptable to say about a sitting governor that you ‘want to kill him dead.’ A line has been crossed, and Brad Woodhouse should apologize. That Democrats would use this sort of unacceptable rhetoric only underscores that they are flailing.”

Just wondering out loud here… Do Woodhouse’s remarks count as a death threat? 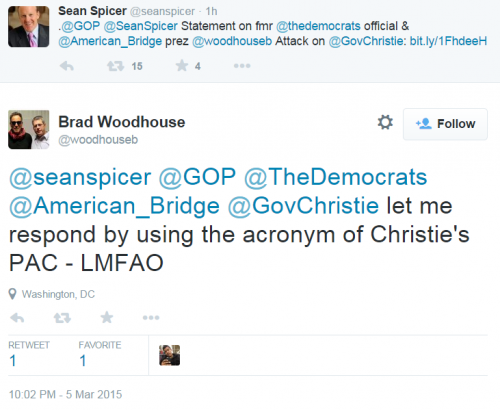 Featured image is a screen cap from National Journal.

He is quite the mouthy Red I do believe.

I find it bizarre that these lefties want Christie out. He can’t win and in the wild chance he did, he would probably be a good for Democrats as Jeb Bush would be. Really, they should be doing everything they can to promote Jeb and Chris Christie (who are the Laurel and Hardy of Establishment GOP come along get along).

He’s been ordered to draw fire, a distraction from the implosion of Hillary’s campaign.

You may be right about that.

The truth is that Collectivists like Woodhouse would REALLY like to kill their opponents dead. They would if they could.

It is what they SO want.

So this comes as no revelation at all when he speaks of doing it metaphorically.

Scum. They’re all scum. Everyone of them would cut any conservatives throat if they could get away with it.

They ARE the CPUSA. They’ve admitted it and so has the CP.

Communists have always said and done the worst to people as individuals in the name of party “Progress”.

Fascism is adorned with blood.

Don ‘t worry, we can take care of this in-house:

Thank you for writing to express your views regarding recent gun legislation. I appreciate hearing your views on this important issue.

Since my first term as Governor of New Jersey, and as the former United States Attorney for our State, my commitment to reducing violent crimes has been unwavering. In 2013, I convened the NJ SAFE Task Force which provided recommendations that served as the groundwork for my comprehensive and common sense plan to address the factors contributing to violence: focusing on the treatment of mental illness, bolstering the criminal penalties for gun crimes, and ending the revolving door of bail for the most serious and dangerous offenders. More than one year later, and despite no opposition, these obvious improvements to our criminal justice system languish unaddressed by the New Jersey State Legislature and unavailable to law enforcement.

I have now put forward a new set of recommended changes to our State’s mental health laws that promise new hope in the fight against mass violence. My recommendations begin with the simple premise that physicians, clinicians, courts and families need the flexibility to intervene when the warning signs of mental illness signal imminent danger. First, to ensure that those in crisis can receive the help they need, I propose a new standard that will allow for the involuntary commitment of persons whose mental illness could, if left untreated, deteriorate to the point of becoming dangerous. Similarly, my proposal creates a new, clear separation between mental illness and other cognitive disabilities to make certain individuals are committed to involuntary treatment in the setting most appropriate for their condition.

Second, my recommendations amend current law to eliminate judicial concerns and clinical frustrations regarding the factors to be considered when recommending involuntary outpatient treatment. Individuals would then be evaluated based on a medically sound set of standards to provide predictable guidance for courts and clinicians to determine whether involuntary outpatient treatment is appropriate.

Third, my recommendations end the existing broken loops in mental health treatment by streamlining the transfer of patients between involuntary inpatient and outpatient treatment programs as deemed appropriate by clinicians.

Fourth, I recommend new training programs for first responders, those most likely to encounter persons in crisis with modern techniques for de-escalation and, where necessary, prompt referral for screening and commitment.

We can insist that elected officials pass laws that will bring about meaningful change. Facing the intersection between untreated mental illnesses and mass violence is exactly the kind of real reform our State would welcome and it is a chance to examine the real causes of mass violence.

Thank you again for writing.

Brad’s looking for a job in the next administration.

why would tHE Demonrats want to go after Crispy Cream?

he’s one of theirs… it’s not as if he were a conservative.

Someone put a slug in the DNC vending machine. Then, they pushed the “Dem Strategist’ button and the slug came back out.

The “vending machine” is full of slugs.

CC tried cosying up to the Lefties, thinking he might get support from them. He really should have paid attention to what happened to McCain.

All selling out to the Left does to a politician is to lose the Conservative voters.

I understand your mother is named Joyce, Mr. Woodhouse.

The left has only ugly vile personal attacks. They have no ideas that the American people will support so this is their only hope. Change the subject, hurl insults and in all cases LIE LIE LIE and LIE some more.