The broken clock at Vox.com is right about something.

Al Gore should run for president:

To many Democrats, the fight the party needs is clear: Hillary Clinton vs. Elizabeth Warren. But the differences between Warren and Clinton are less profound than they appear. Warren goes a bit further than Clinton does, both in rhetoric and policy, but her agenda is smaller and more traditional than she makes it sound: tightening financial regulation, redistributing a little more, tying up some loose ends in the social safety net. Given the near-certainty of a Republican House, there is little reason to believe there would be much difference between a Warren presidency and a Clinton one.

The most ambitious vision for the Democratic Party right now rests with a politician most have forgotten, and who no one is mentioning for 2016: Al Gore.

Gore offers a genuinely different view of what the Democratic Party — and, by extension, American politics — should be about.

Climate change is a real and growing threat to the world’s future…. No one really knows what that kind of temperature change — a swing that approaches the difference between most of human history and the Ice Age — would mean for humankind. The World Bank says that there is “no certainty that adaptation to a 4°C world is possible.”

Income inequality is a serious problem. But climate change is an existential threat.

This brings me to the critical detail of a hypothetical Gore candidacy: It would have to be a single-issue campaign. In part this is a fail-safe measure; while a strong case can be made that Gore would make an excellent president (a premise with which a plurality of American voters agreed in 2000), the primary objective would not be to promote Gore the man, but to guarantee due attention is paid to the threat of climate change. While other campaigns on both sides would continue the practice of focusing on several issues in the name of advancing a name brand (i.e., the individual candidate), Gore would have the advantage of representing not his own cause, but the cause of creating an environmentally sustainable future.

By all means. Let’s make 2016 a referendum on Climate Change. 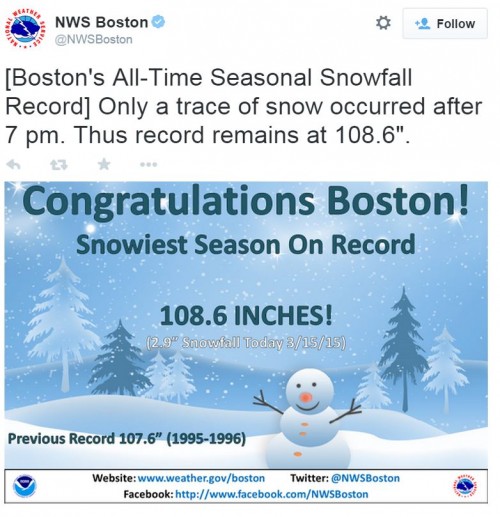 Oh please, make it so. The weakness of the evidence for AGW will be revealed on a national stage. When your belief is indefensible, you declare it ‘settled science’ and refuse to debate. A Gore candidacy would reveal the scam.

I think that’s just wishful thinking. He’ll say those things, the media will applaud and lap it up. He doesn’t have to give any sort of evidence, just speaking “the truth” is enough. Him doing it on his stage right now vs a national stage in a presidential election isn’t going to change anything.

Look at stuff going on today like Net Neutrality. Whole segment of the population not only welcomes, but wants the government to do these sort of things.

Wow, that’s a bit scary. President Gore? Even as a distant possibility.

I’m also not sure this is a debate we want — does anyone really believe the MSM would give a fair hearing to climate skeptics?

The circus of a Presidential election full of gotcha questions and shocking youtube videos is hardly the right format for a discussion about standards of scientific proof and the dependability of complex computer models.

Heck, Romney managed to lose the debate about whether or not GM’s open, public, and widely reported bankruptcy proceedings actually occurred. And you think *that* is the right environment to try to discuss the complexities of the systematic corrections made to individual temperature measurements over time? Really?

“I’m also not sure this is a debate we want — does anyone really believe the MSM would give a fair hearing to climate skeptics?”

It is the climate believers who make the scientific assertion of AGW, therefore the burden of proof is theirs. They have not met it. It is not incumbent on the climate skeptics to prove anything.

As much as I would like to see Gore run, just for the fun of it, it will never happen. He’s made kazillions on his scam. Too good for him to give it up.

And to think that I voted for this chump once, in another galaxy far, far away.

Another Gore v. Bush? Campaign slogan (not sure for whom…): Same Gore, Different Bush.

Unfortunately, the Democrats’ White Knight who rides to the rescue for 2016 is more likely to be John Kerry.

Let’s also make it about the billion dollars Gore swindled for himself.

https://www.youtube.com/watch?v=DSlB1nW4S54
I’m still waiting for the 10 year anniversary of Ted Turners pronouncement that we’ll be eating people. Anyone up for Chinese?

“Old white male” candidate? How 90s. I think democrats are more about identity politics than global warming (err climate change) these days. Just by a smidge…