They spent HOW much? 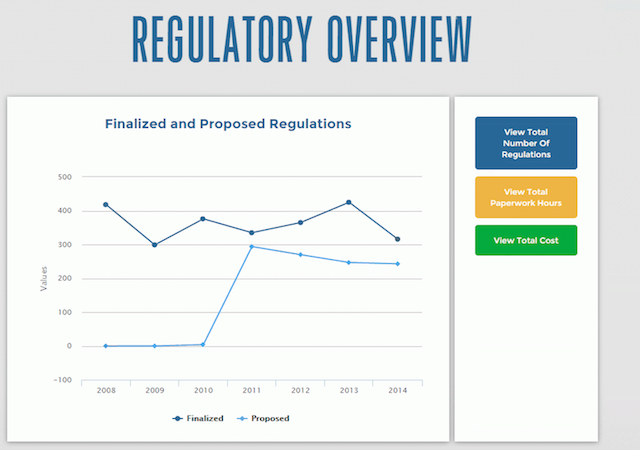 Since 2008, the federal government has finalized over 2500 regulations.

Those regulations required over 500 million hours of paperwork hours, and ring in to the tune of almost 734 billion dollars in total cost.

That’s a lot of agency-based lawmaking. How is the average American supposed to navigate all that? A new tool just released by the American Action Forum is here to help!

AAF’s “Regulation Rodeo” is a searchable, customizable, and interactive tool that lets you locate, evaluate, and learn more about all rulemakings (that means regulations that impose a private-sector burden, intergovernmental cost, or paperwork burden) published in the Federal Register since 2008. Results are displayed in colorful “infographic” form, and contain links to the Federal Register if you want more information about a specific rule.

How does it work? Glad you asked. I decided to find out how much of our money the Department of Defense has spent via rulemaking since 2008.

I plug and chug, and the first thing that pops up is a basic overview telling me that, while the DoD hasn’t passed that many regulations, they’ve spent quite a bit of my money: 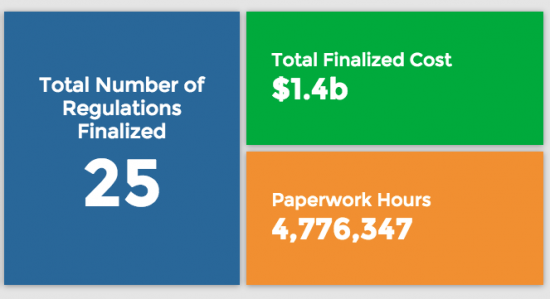 Next, a few handy half-pie graphs tell me when these regulations had the most impact on how the government functioned (and how much time and money it took to make them operational): 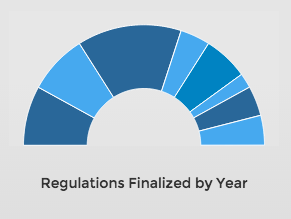 Next, I get a clickable spreadsheet containing a list of every single regulation the DoD has finalized (there’s also an option to include proposed regulations): 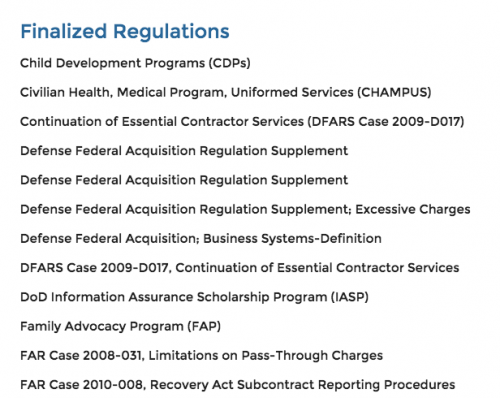 Clicking through on a particular rule gives me a pop up containing an overview of how much time and money it cost, as well as a link to the Federal Register: 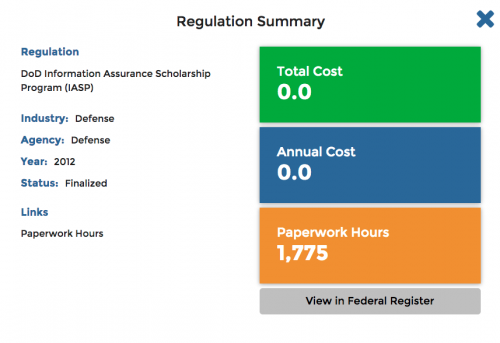 Last but not least, the tool spits out an interactive graph that can show me total proposed and finalized regulations, as well as the cost and paperwork burden for each: 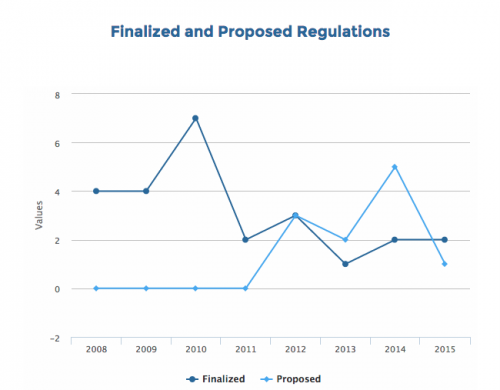 This is an awesome way for citizen activists—or just concerned voters—to figure out just how much money the government is spending on high-profile schemes like the Affordable Care Act ($42.6 billion) or Dodd-Frank ($20.9 billion.)

Feeling a little too happy? Do an “industry” search for “immigration.” The government has spent over $257 million dollars on immigration in 2015 alone.

It may be depressing, but it’s also empowering, and a great way to learn more about where your money is going—for better or for worse.