“The White House actually is kind of happy, frankly, that it played out this way.” 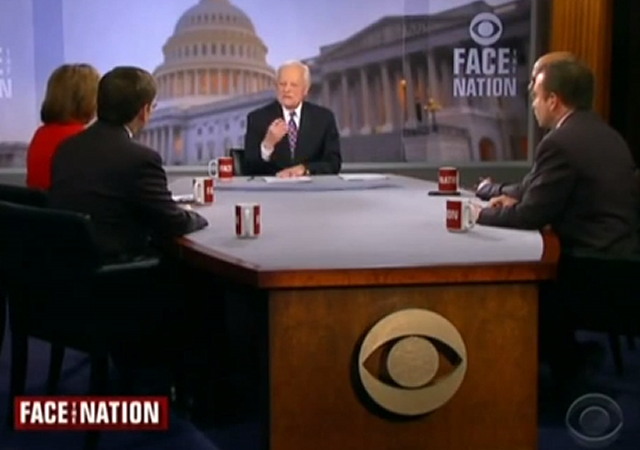 As we recently noted, every problem for Democrats is ultimately spun as the fault of Republicans and Obama’s policy on Iran is no exception.

The panel on today’s edition of Face the Nation began laying the groundwork for talking points which will soon become all too familiar. Ryan Lovelace of National Review:

The panel on CBS’ Face the Nation appears ready to blame Arkansas senator Tom Cotton if the Obama administration’s negotiations with Iran fall through. Cotton, along with 46 other Senators, penned a letter warning the Iranian regime not to rely on any agreement with President Obama that did not have the approval of Congress.

“Yes, Cotton is well intentioned in doing this, but it’s backfiring,” said Dana Milbank of the Washington Post. “If the Ayatollah is going to give out the Ayatollah’s Medal of Honor this year, I think Cotton’s going to be a finalist because it gives them an excuse if they pull away from the agreement now.”

Obama himself has even joined the fray by taking a swing at the GOP this weekend during the annual Gridiron Dinner:

Taking swipe at GOP, Pres said “You don’t diminish your office by taking a selfie. You do it by sending a poorly written letter to Iran."

Why refer to them as “media,” rather than “democrat media?”

It’s preposterous not to. And we continue to enable their game by not doing do.

Truth to tell, if Tom Cotton queered the ScamWOW capitulation to Iraq, that’s the best thing he may ever do.

He would deserve a medal.

If I were Tom Cotton, I think I’d rather live with the fingers being pointed at me for causing a deal that is in Iran’s best interest to fail rather than to see Iran employ their “peaceful nuclear research” on Israel.

The level of magic thinking is beyond comprehension.

The media wants to ‘blame’ Republicans for something that the Republicans are eager to take credit for.

And the media wonder why no one trusts them…

In other news, people who are in jail claim it was somebody else’s fault.